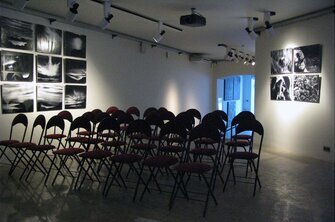 Yufit is one of the most radical artists who maintains an unwavering stance. He began his creative path with staged photography and film. The photographs resembled film auditions. Actors appeared in them in zombie makeup invented by Yufit (the mouth packed with cotton balls, the face smeared with imitation blood). His short films were like photographs broken out of their chains. Their heroes tore through forests at break-neck speed, imitated fights on railroad tracks, and beat up a mannequin in a courtyard passageway. All of this unbridled psychopathology was a contrast to the pathos shots from Soviet cinema.

Yufit’s artistic thinking was formed by two environments: the “New Artists” company founded by Timur Novikov, and the maelstrom of the punk movement. In 1983 he founded the necrorealism movement.

Contrary to many myths and legends, Yufit never filmed or photographed the dead, but his living characters act as if they are non-living. Yufit’s heroes are not zombies, but characters with an undefined identity, suspended between the world of the living and the dead.

In 1984 Yufit established one of the country’s first independent film studios, Mzhalalafilm (“mzha” means sleepiness, and “lala” is baby talk). Here he assembled his first five 16-millimeter short films, created under the influence of the aesthetics of early German film expressionism, French surrealist cinema, and the pathos of Soviet films produced in the 1930’s, 40’s, and 50’s.

In 1989 Yufit, in Sokurov’s experimental workshop at Lenfilm Studio, made his first 35-millimeter film, “Knights of Heaven”. His theme was a secret experiment, uniting a male fraternity in the madness of pointless heroism. The speed of “Knights” slowed dramatically in comparison with his earlier films. The necro-hero of this and Yufit’s following five films was the victim of a failed experiment, wandering on the border between the city and the forest, the artificial and the natural, in that place where a human is transformed into a non-human. Apart from necro-people, Yufit’s films include the most reasonable group of people — scientists. Their pathological obsession is the counterpoint to the necro-rejects of the experiment.

In the mid-90’s, Yufit creates a series of landscapes. In these monochrome photographs, he forms a necro-image, which emerges on the border between pathos and pathology. The landscapes, which look as if they are viewed from the height of a bird in flight, develop the necro-aesthetic of his earlier heroes, who are released from the routine by their ecstatic anticipation of death. In 2007 he begins shooting landscapes using a pin-hole camera (without a lens). Necrorealism no longer needs a middleman. If the lens is the eye of the artist, then these courageous landscapes are viewed with a poked-out eye.

Yufit’s art from the very beginning presented itself as a sadomasochistic union of zoomorphs. On the screen, pictures unfolded as black-and-white multiplicated links: stake-buttocks-mouth-stake. They resembled serial animation. In 2007, Yufit returns to painting. He creates the series “Positive Regression”. These are black-and-white paintings with anthropomorphic creatures – the descendants of early necro-works. But this is painting created after cinema, dynamic, following in the footsteps of montage.

Yufit: the “man with a cinema eye”, the poet of necrorealism, the unwavering champion of regression. Like a wild boar in the forest, he gnaws on the roots of progressive ideology, which kills the remains of the animal in man. 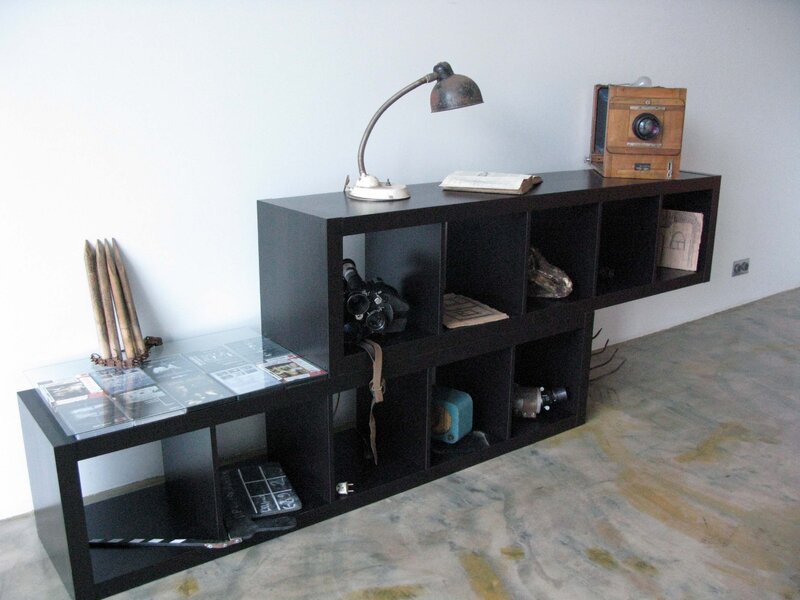 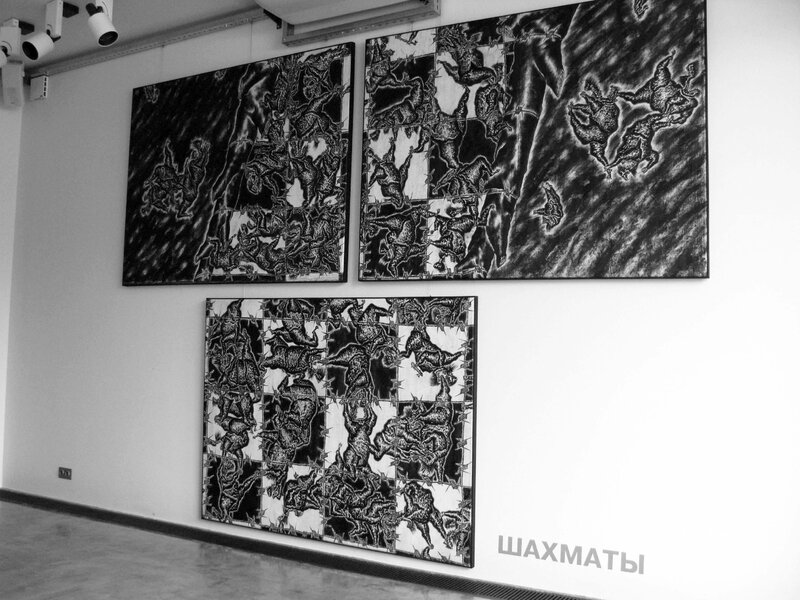 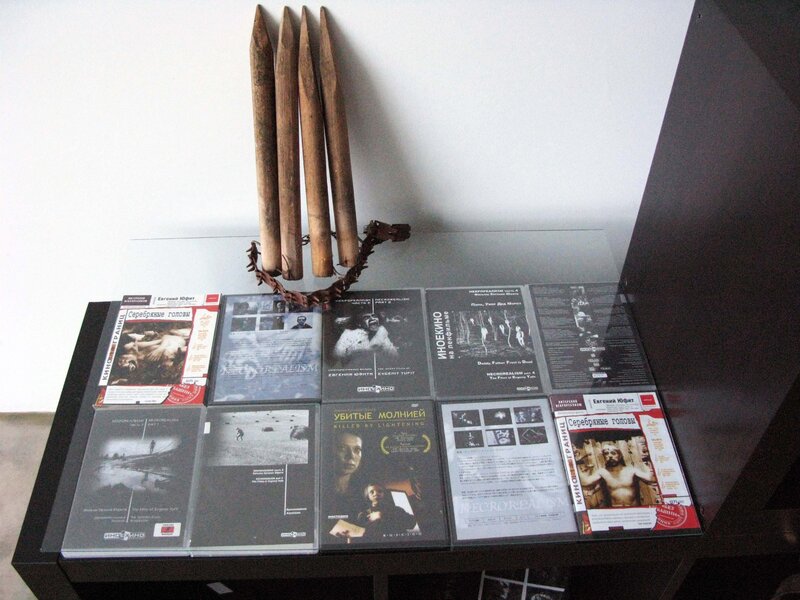 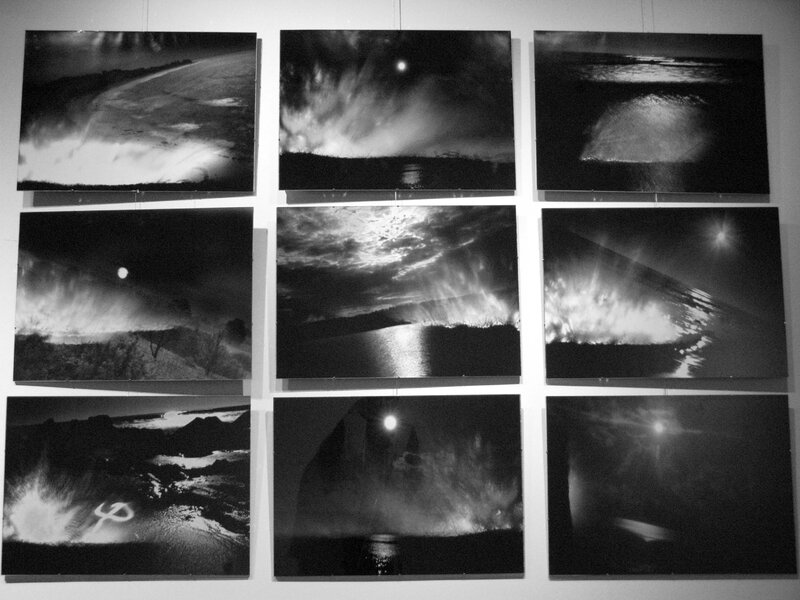 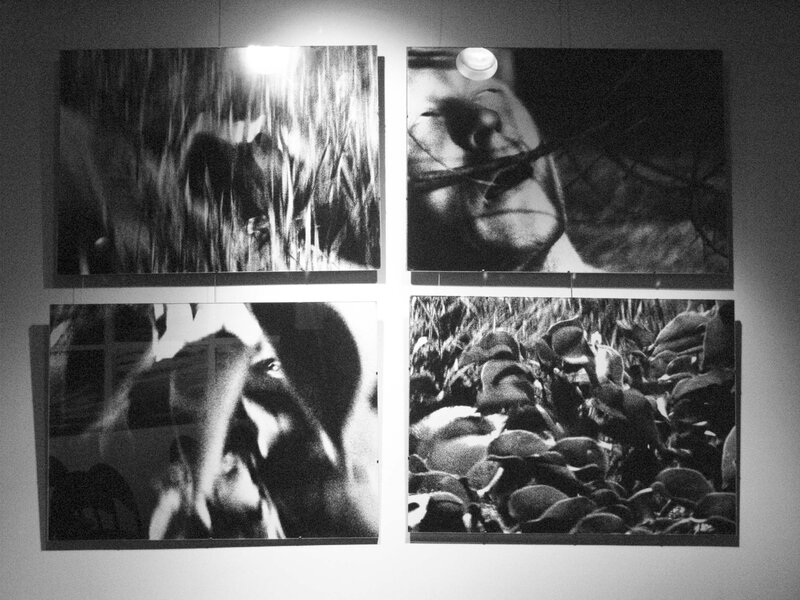 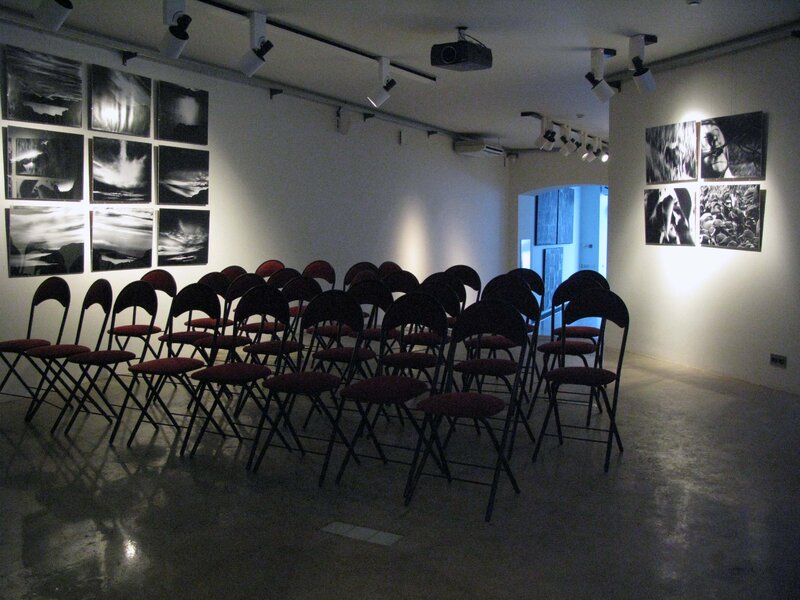