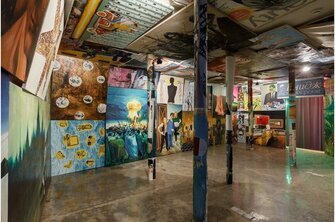 MONO/CHROME is Andrey Rudyev's first solo show at Marina Gisich Gallery. The name of the project and the exhibit are both divided into two parts: Mono and Chrome. Mono means "one" while chrome means "color" or "pigment", but it also refers to lead ore (PbCr04). In Russian, "ore" is "ruda", so with just a little imagination, we can take "One" and "Ruda" and end up with "Rudyev".

Ironic narcissism is reflected in the project's title, drawing attention to the artist himself. The exhibit is divided into two parts: color and black-and-white, where the artist's paintings are displayed.

As an old friend, I recall the first time we met in Andrey's studio on Chaikovsky street. I remember how surprised I was by the box hanging on the wall with a hundred little compartments (like cells), each containing a small object: a pebble or a coin with a hole in it, part of a woman's fingernail, a button with foreign letters inscribed on it, the antenna of a Madagascar hissing cockroach, and a myriad of other things. The gathered items told a collective story about the master of this studio in a mix of riddles and tall tales. This candidly boyish collection of fascinating objects picked up on the way to kindergarten, school, or the store is at the very heart of Andrey Rudyev's work, where the sacred and the banal, past and present are intertwined and indistinguishable.

Like the Soviet song "What Little Boys Are Made Of" (similar to the English nursery rhyme of the same name), Rudyev and his paintings are a concoction of Soviet iconography, Western fetishism, metaphysics, constructivist design and techno music. Willem de Kooning once said: "Painting has always been dead, and I don't want to let it bother me," but Rudyev does want it to. That's why he keeps capturing his treasures on canvas, forming new cells in his story box. Rudyev's works are cloaked in nostalgia and vintage appeal, conveying the feeling of the "thousand-yard stare" — immersing the viewer in melancholy detachment, pulling us out of the present.

The artist's box has been displayed several times as part of a wall in the space of an exhibition hall (at the Village Life and Kultproekt galleries) and as an "encounter in four dimensions" in collaboration with Veronika Ryazantseva at the Love-Create exhibit at the Gromov center.

This time, viewers will witness a magic trick with the box: Rudyev is planning to put his audience in a box and saw it in half. The cutting line will be the narrow hall along the stairs, neon-illuminated to ease stress. Exhibit-goers will have to make the choice of which side their collective head will go on, and which side is for their feet. 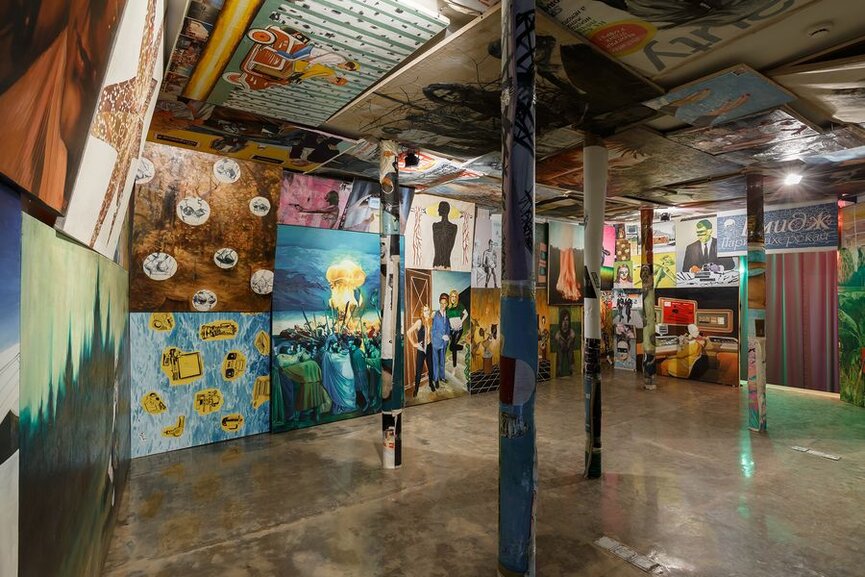 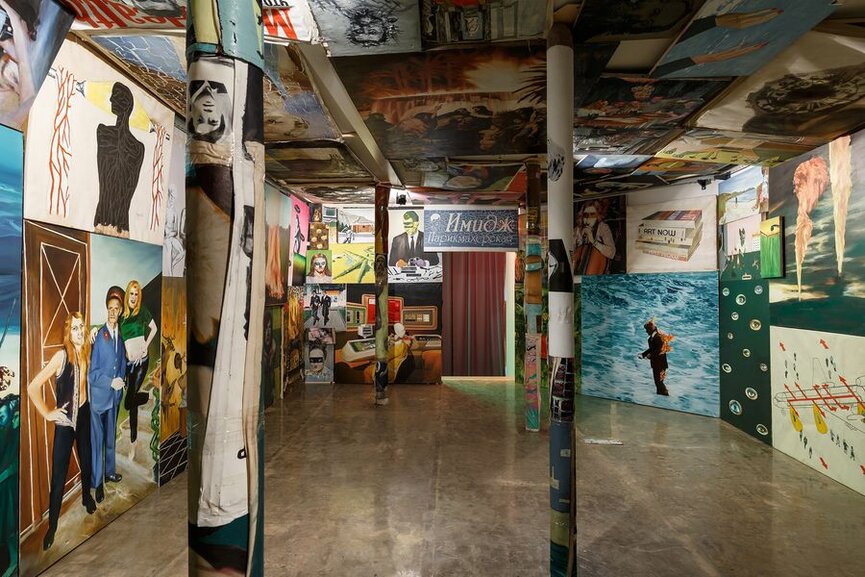 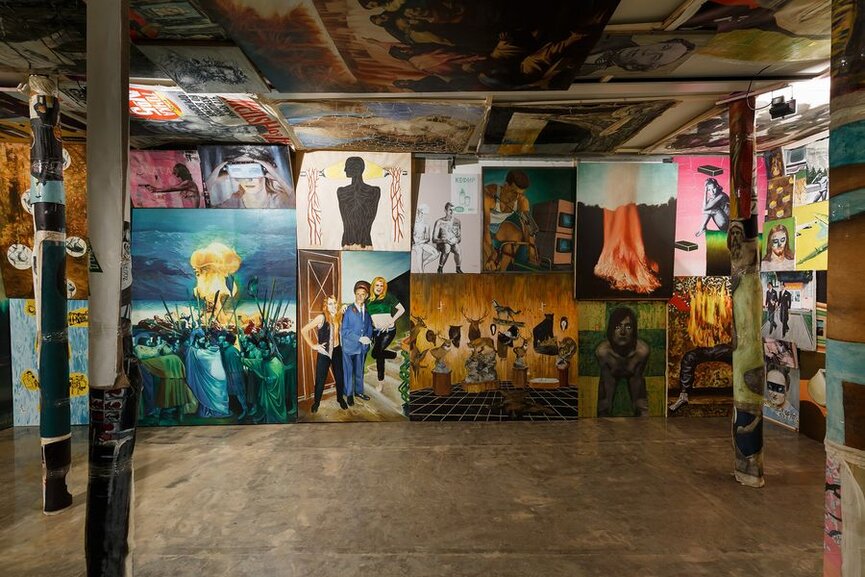 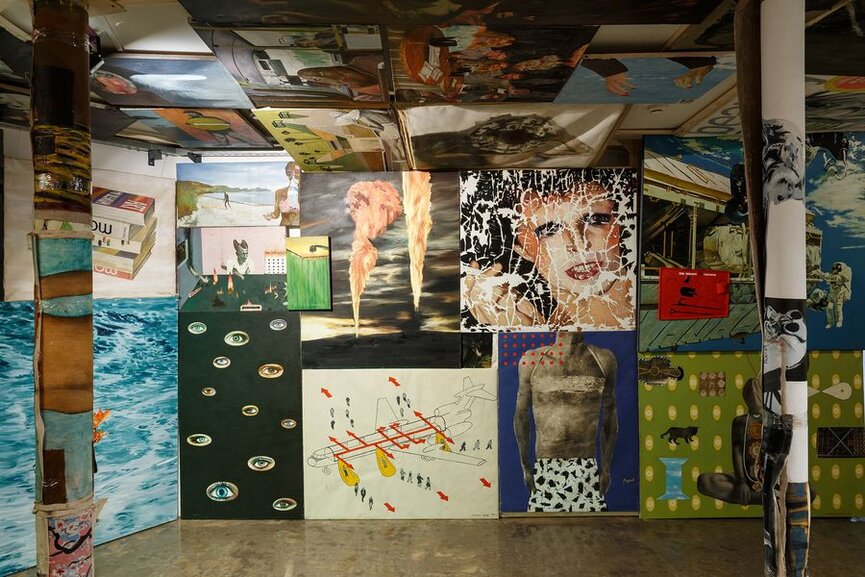 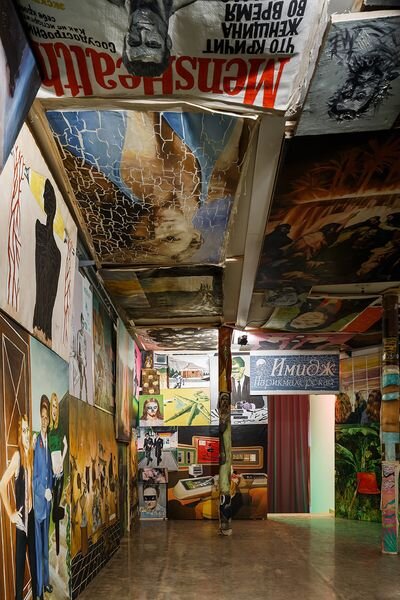 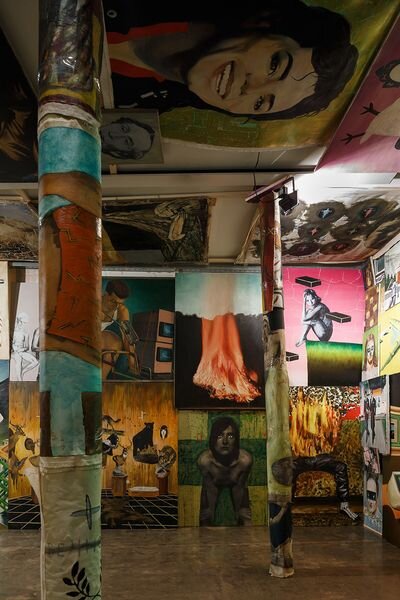 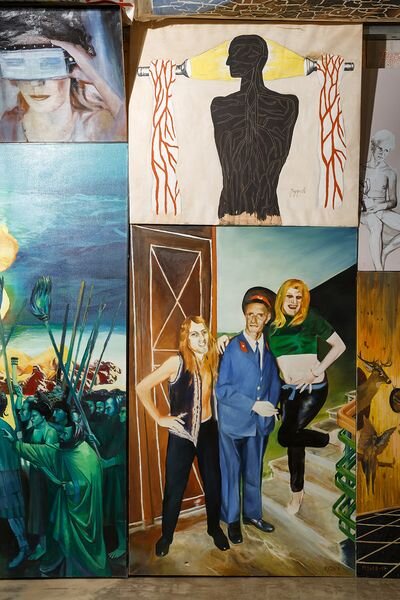 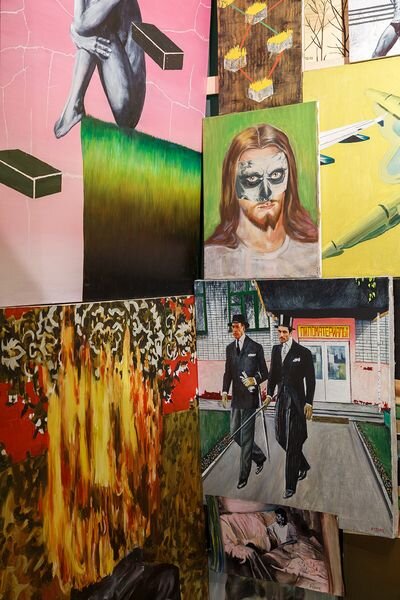 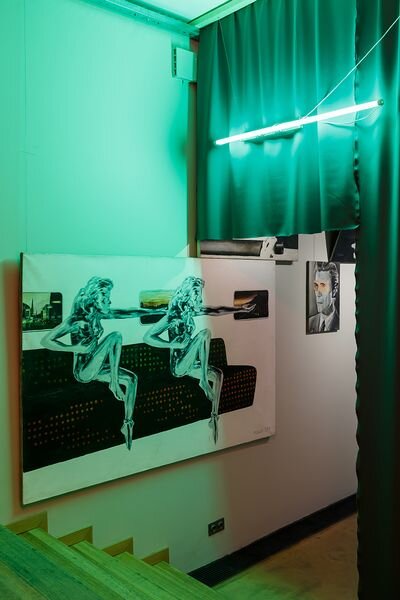 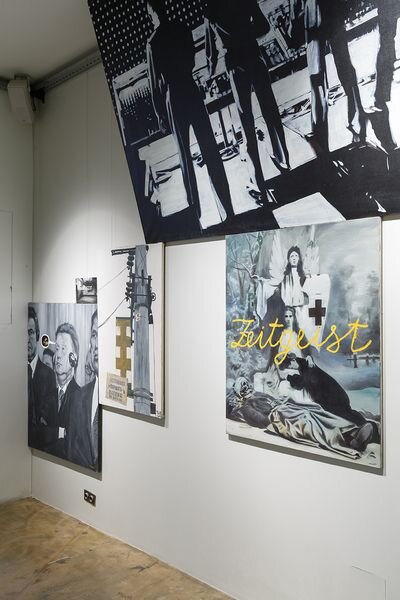 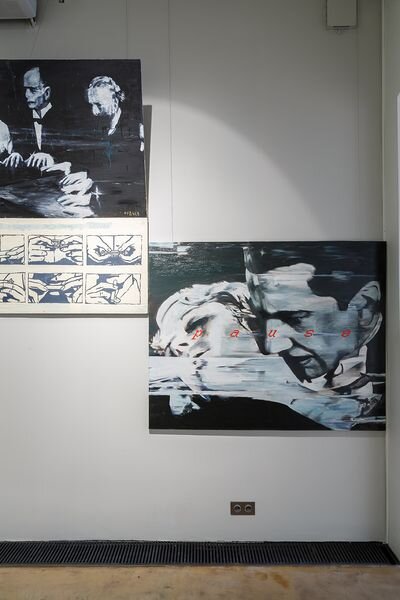 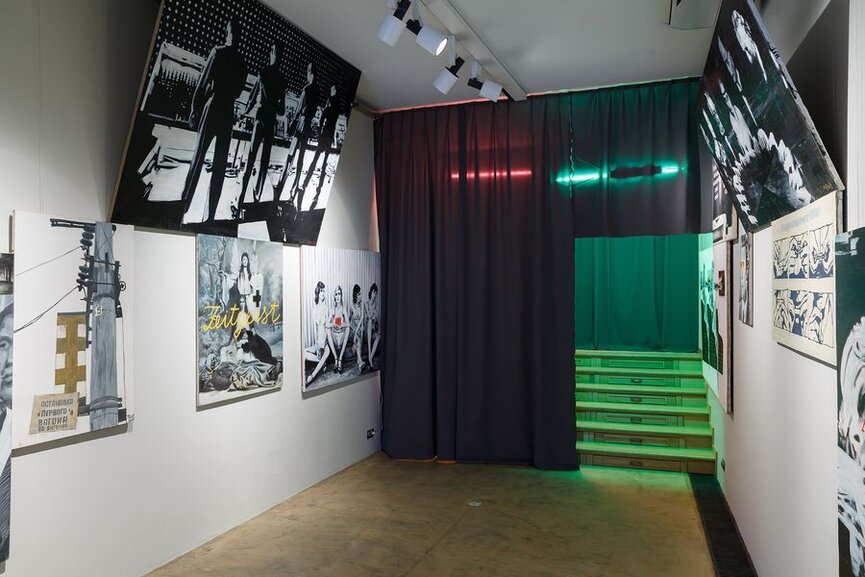 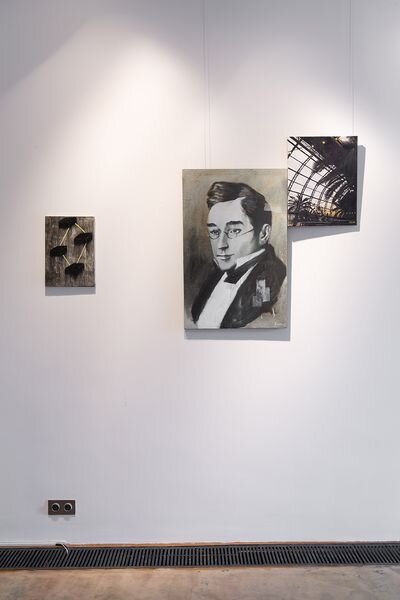 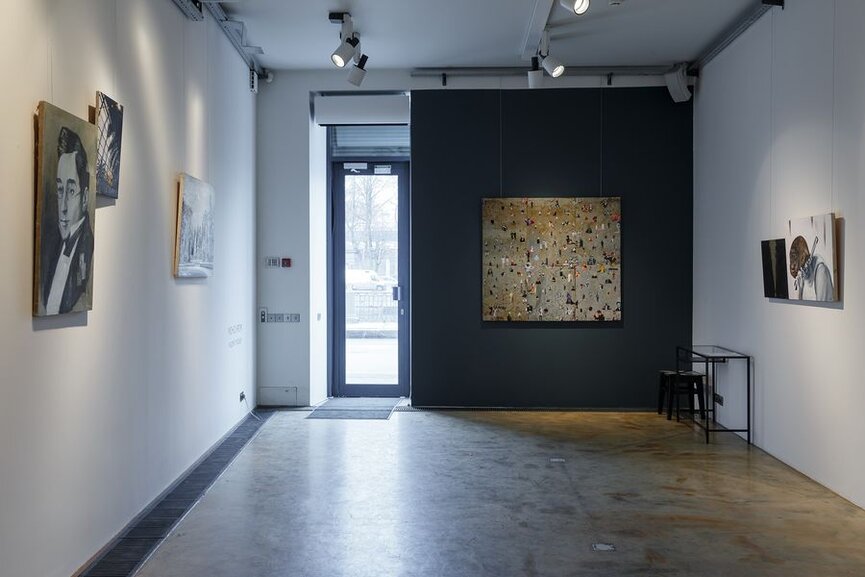 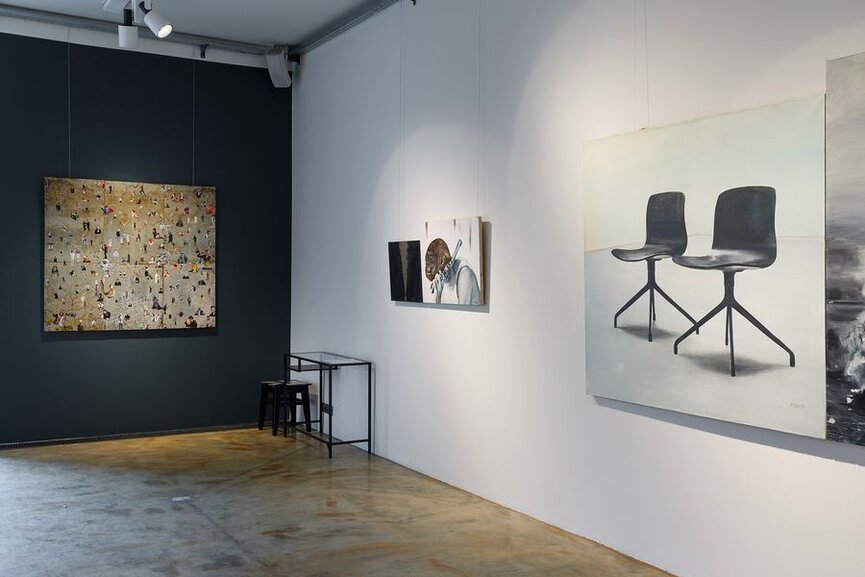 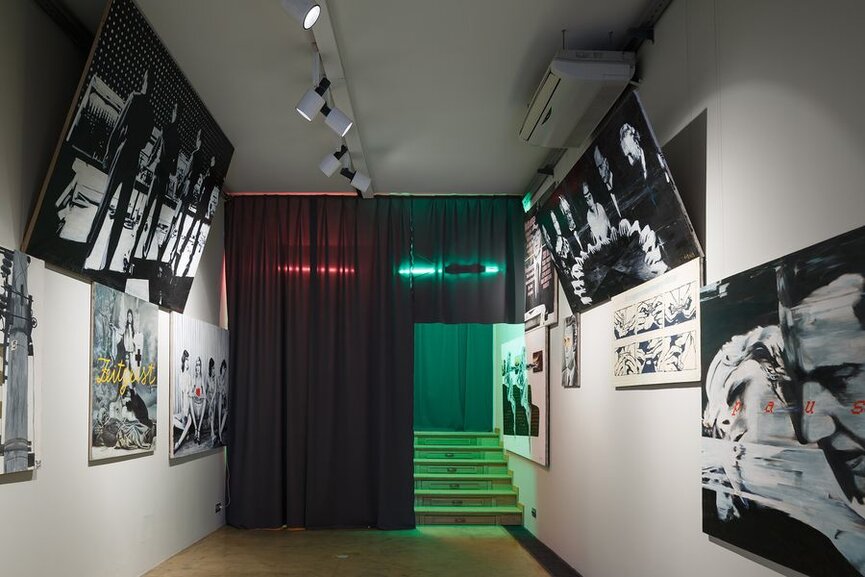 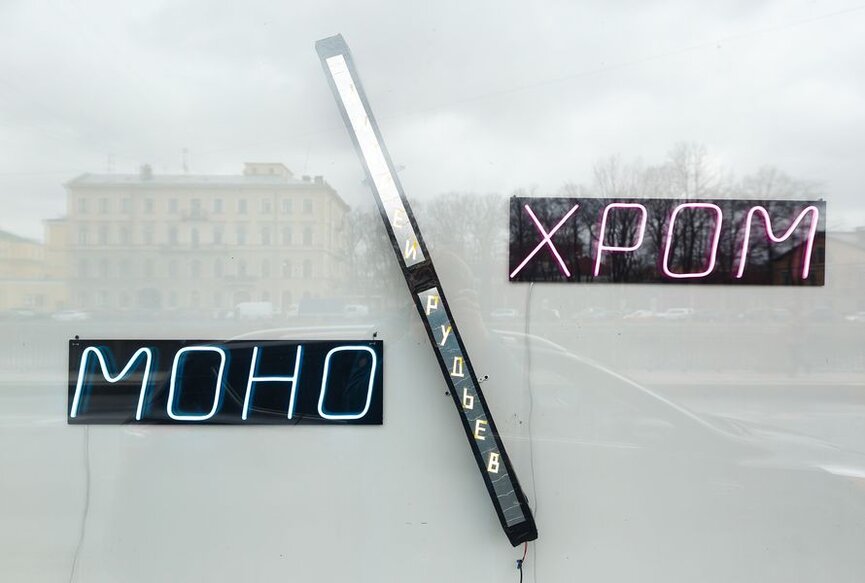