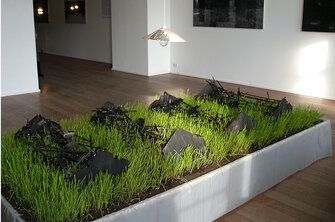 The ambition and breathtaking actuality of Peter Belyi’s project exactly expresses the opinion of the artist, whose credo is to work with the powerful archetypes of soviet civilisation that continue to exist in contemporary Russian consciousness.

The title "CIRCLE 2" refers us simultaneously to Solzhenitsyn’s novel "The First Circle" and to the artist’s previous projects shown at the Guelman Gallery and at Navicula Artis (‘SH-854’ and ‘Climactic Zone’).

Belyi is focused on earth and mud, bleak Russian landscapes and Soviet ruins that have melded with the natural world around them and provide a point from which to start a conversation about the ineluctable and providential nature of our history. What does an installation where thick green shoots of spring grass push through the twisted and charred skeletons of camp barrack-house ruins tell a contemporary viewer? Apart from the vivid visual metaphor, there is also a clear modern political context here – the attack on civil rights in contemporary Russia.

The artist takes on the role of a social barometer and interprets dictatorship as an essential element of the Russian subconscious. From time to time Russia ‘is frozen’ (K. Leontiev on Nikolai I who ‘froze Russia’). Electrified Russian landscapes on boards with numbered photographs fitting together like a puzzle and bristling with lamps and barbed wire are nothing other than slow motion bombs – they emphasise the explosiveness of the situation and confirm that the Russian landscape is going to explode any minute now.

Lastly, a final extreme of the maniacal drive for total "control and registration" (Lenin) is the same boards with photographs of snowflakes numbered with long serial numbers as a gesture of despair and hope, taken deliberately by the artist in an attempt to pry open and reveal a sliver of the life that could await us just around the corner.

In short, we are contemplating a monumental architectural fantasy where Peter Belyi (the Piranesi of Soviet ruins), turns our attention to the powerful and sombre texture of the vanished, but far from forgotten, style of the long gone past and forces us to realise that history has a way of repeating itself. 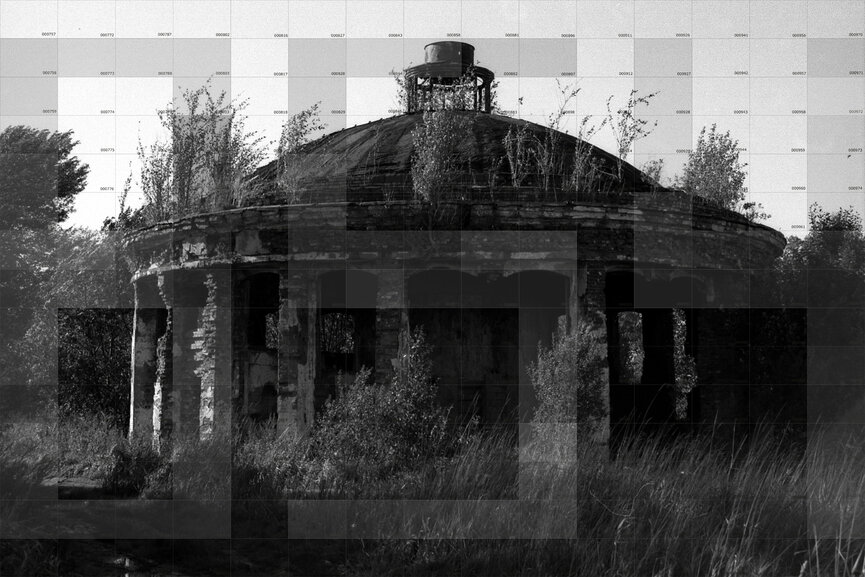 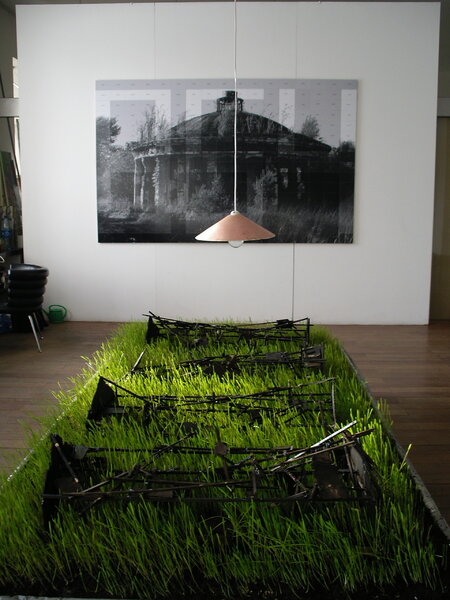 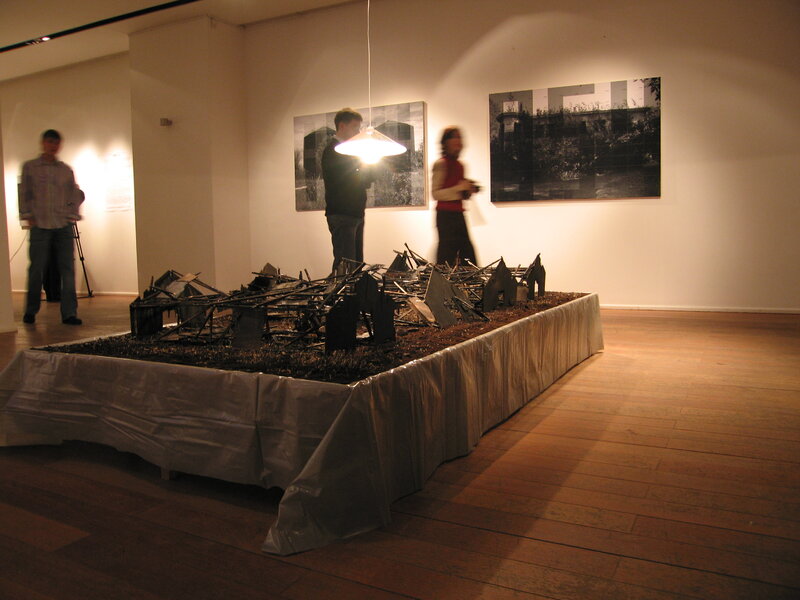 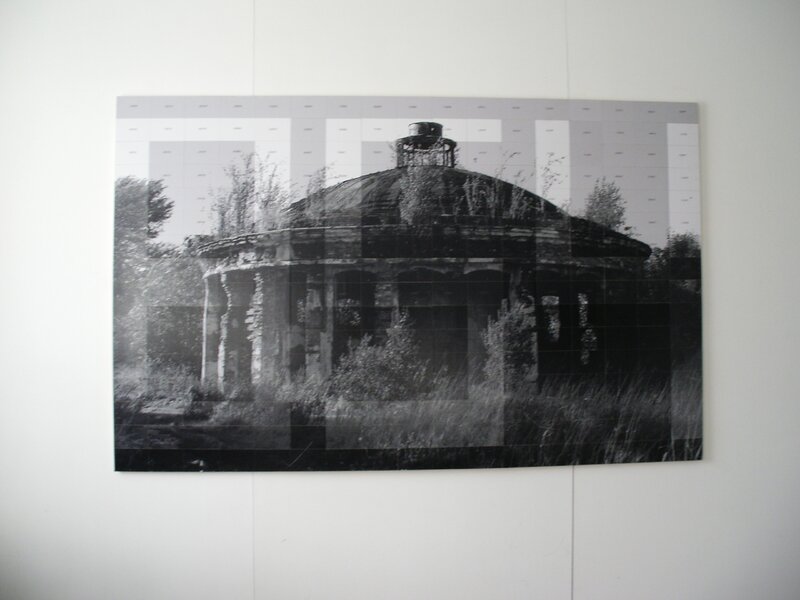 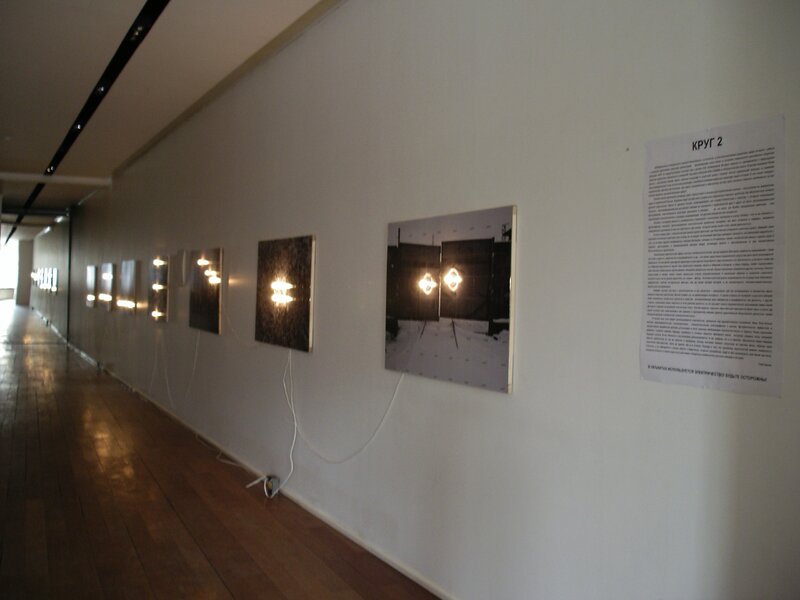 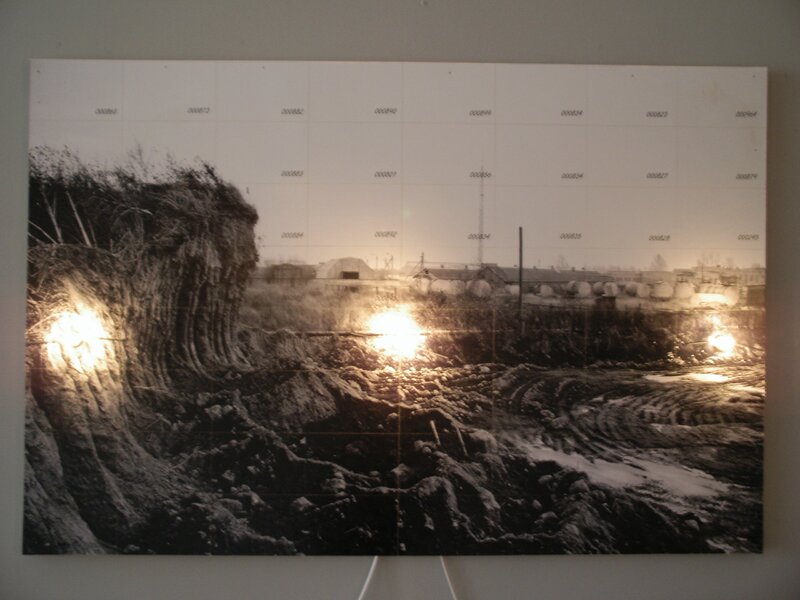 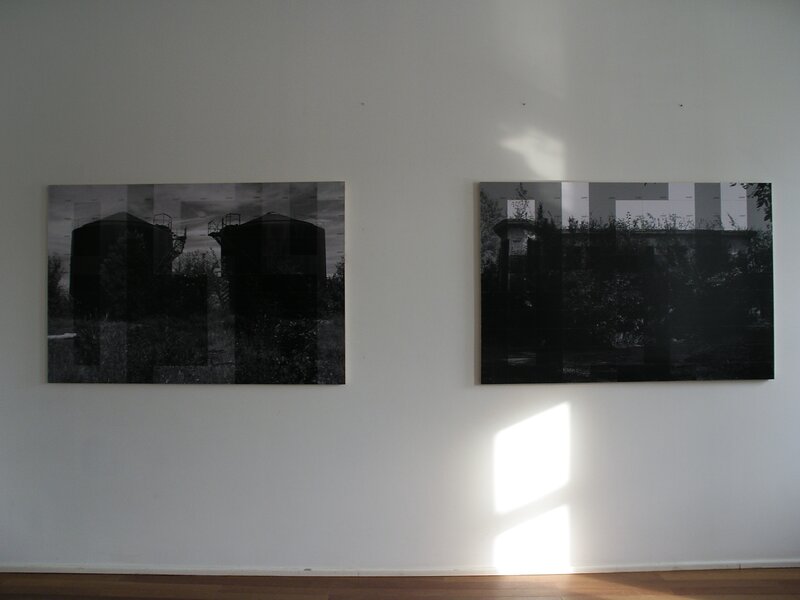 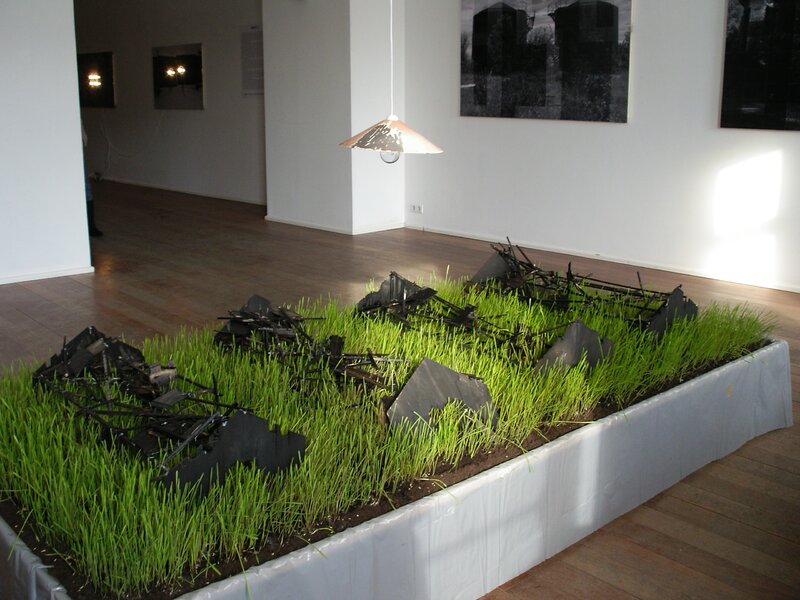