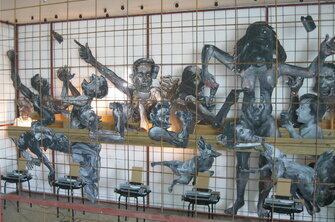 This project was shown for the first time in September of 2012 in Busan Biennale, South Korea.

Alexander Shishkin – Hokusai kinetic installation is a complex mechanism, which corresponds with the effects of theatrical decorations.

The work is made of carbon figures which are mounted to the wall, they form the grotesque panorama composed out of people and animals. The action takes place in one dimension and develops linear. The images cut out of the carbon covered with the monochrome oil painting appeal to the images of idlers of the classic art. The characters hold the glasses, poke the fingers in each other, shake their heads, pull faces. All this scene of terrifying public feast, where the essence of human and animal merge into one, is run by the cold office machines.

Six printers located on the proscenium print out some texts or images, given by the artist. Small threads are adjusted to the mechanisms, which make the installation move. All together it looks like the huge weaver's loom.

This installation symbolizes the classic pyramid of the state, where the technological society rules the masses. 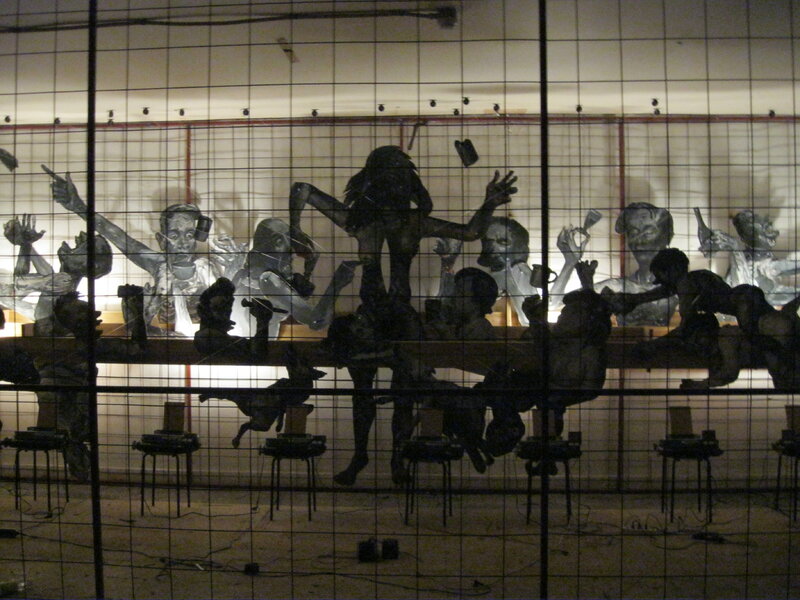 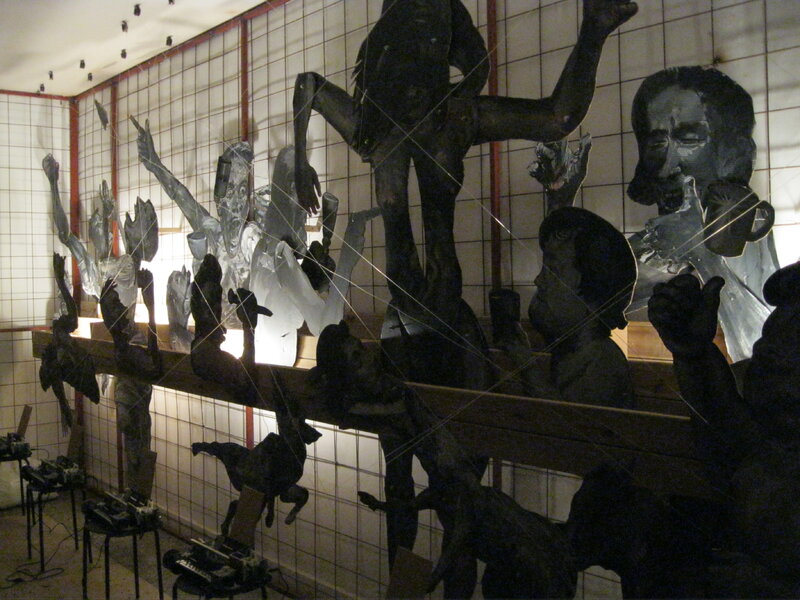 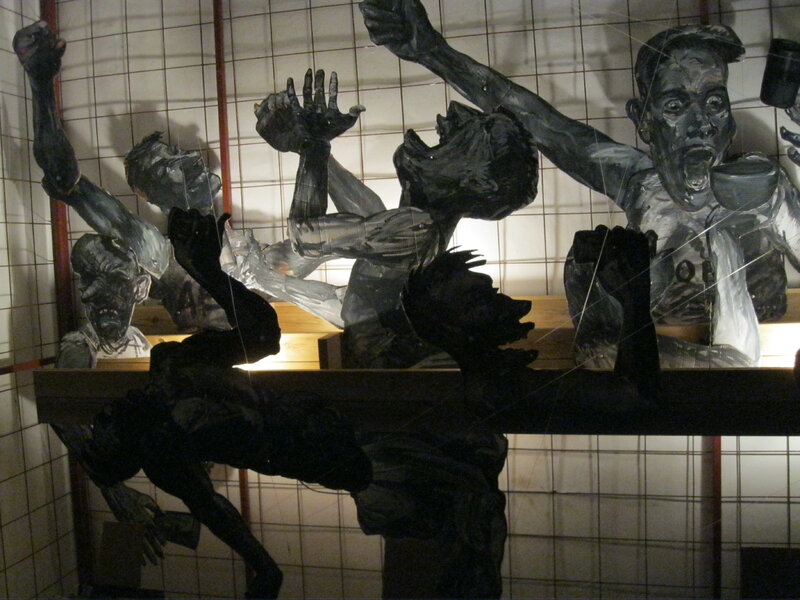 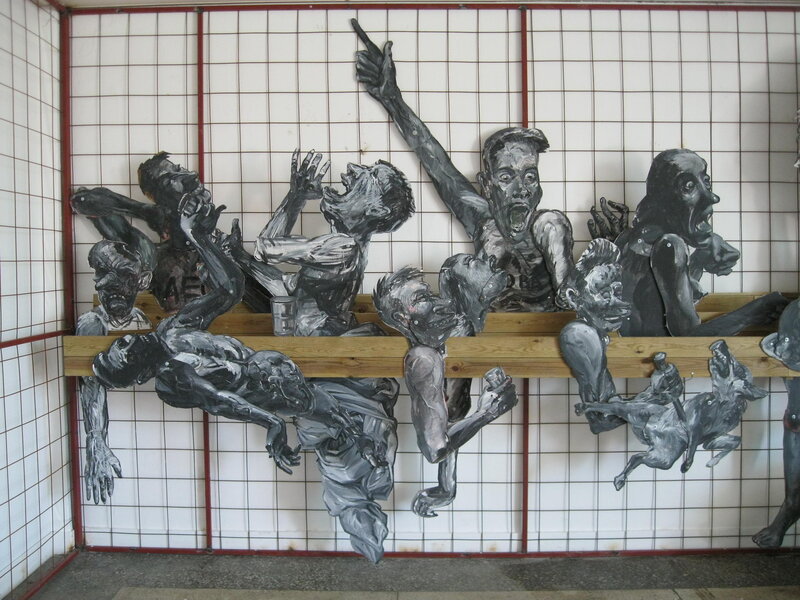 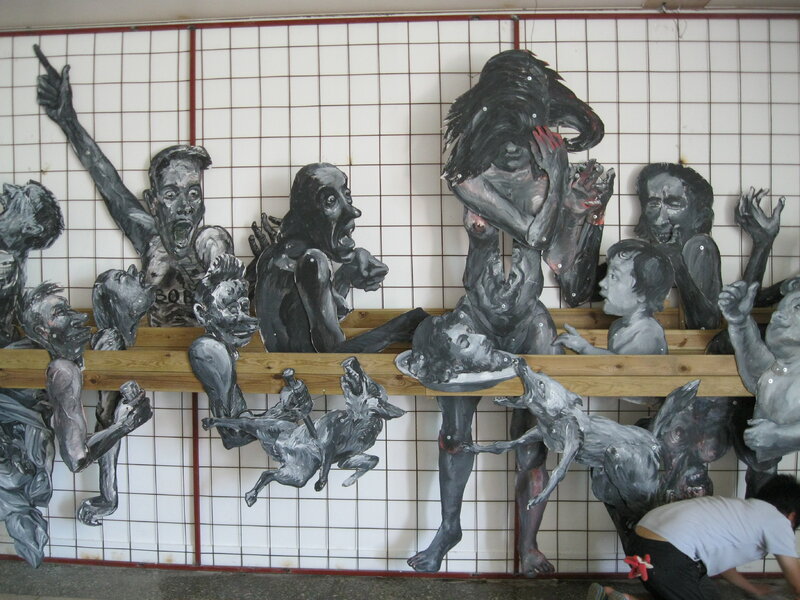 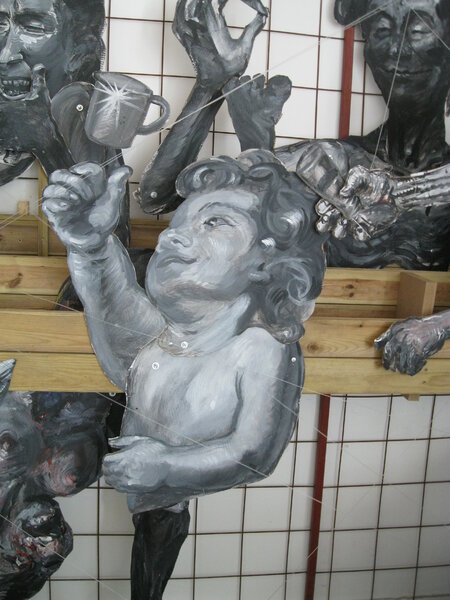 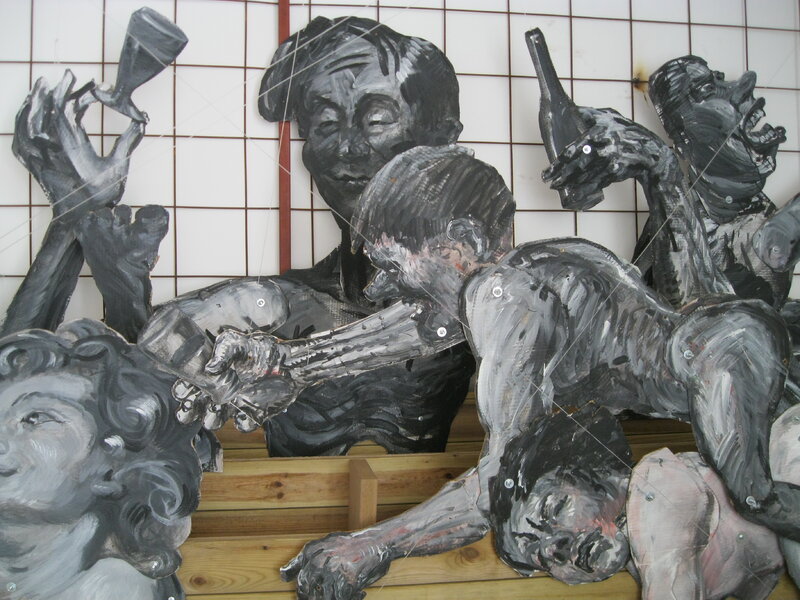 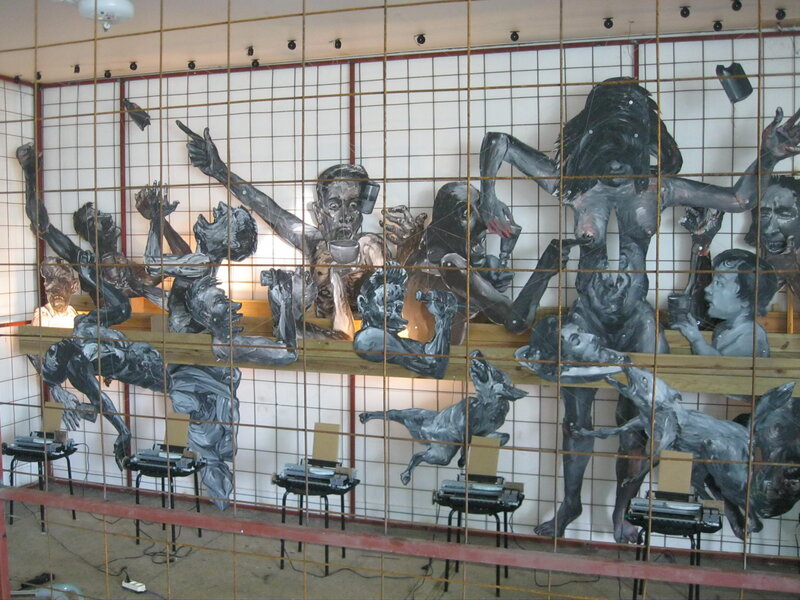 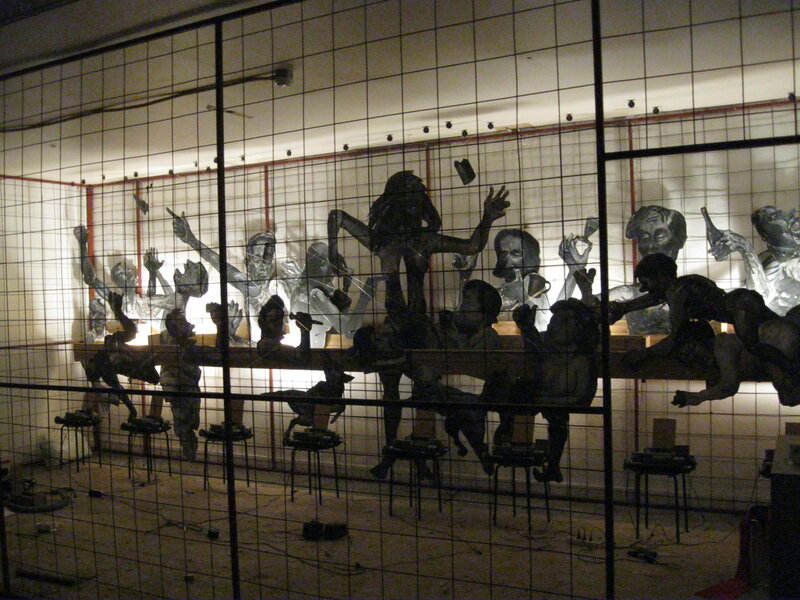 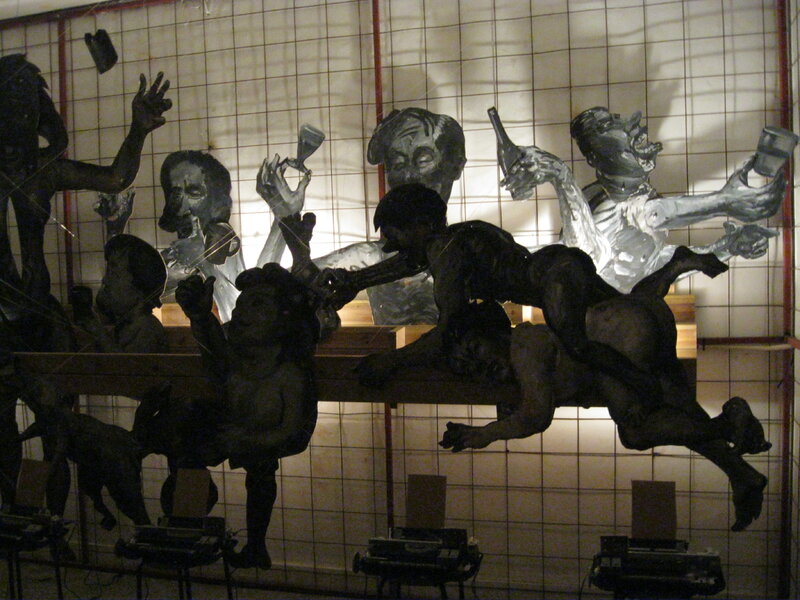 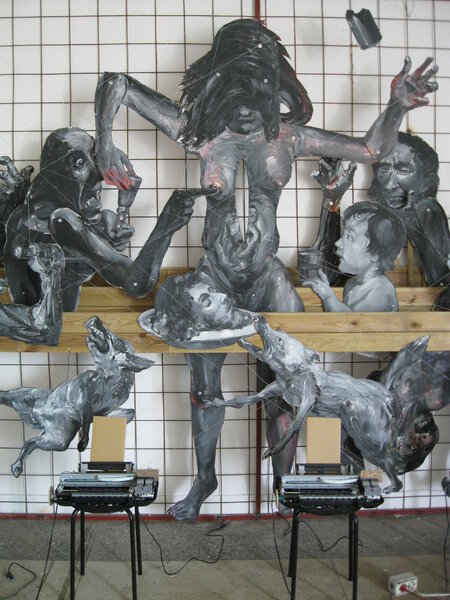