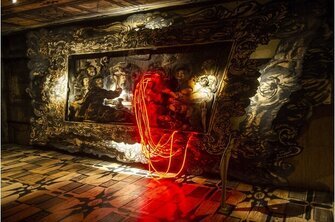 Alexander Shishkin-Hokusai created a museum "hell" in the basement of the pavilion, as the pavilion commissioner, rector of the St. Petersburg State Academic Institute of Painting, Sculpture and Architecture named after A. I. E. Repin Semyon Mikhailovsky. The Flemish School installation, like in a strange distorted dream, shows the museum's soul, full of passions. A theatrical artist by education and occupation, Shishkin, a permanent co-author of directors Andrei Moguchy and Yuri Butusov, knows how to skillfully build a range of images. Alexander has long been approaching the sights of St. Petersburg. In the summer of 2016, he arranged a dashing plywood "Summer Garden" in the courtyard of the Moscow exhibition hall "Ground-Khodynka" as part of the exhibition "You Would Be Here". The installation "Flemish School" was assembled at the Museum of Street Art on the outskirts of St. Petersburg on the territory of a former factory - in an atmosphere polar to the classical walls of the Hermitage.

To make his “birch bark Hermitage” for the Venice Biennale, Shishkin-Hokusai used plywood, the material is quite cheap and plastic: “The idea was to make a plywood Hermitage and bring it from Russia, where the “wandering Hermitage” had already performed quite a bit before, exhibited in different places and situations. Alexander deliberately chose for the walls of his nomadic theater-museum three paintings about food and the endless routine of being - "Fish Shop" by Frans Snyders, "The Bean King" by Jacob Jordaens and "The New Market in Amsterdam" by Bartholomeus van der Helst, and dedicated the fourth to the painting by Rubens " The love of a Roman woman." Since the opening of the pavilion, Alexander Shishkin-Hokusai has been answering the questions of the astonished audience every day, posting posts on his page on the social network: “It is important for me that the works are distorted, elongated, like a skull in a Holbein painting. Huge frames are a tribute to the museum. The frame for the layman is a sign of quality, museum value, protection. The galloping audience in the "birch bark Hermitage" is a mechanical ballet that emphasizes the motive of consumption, the conflict between the museum as a scientific institution and the space of entertainment." But the questions did not dry out, because a successful metaphor hit the viewer in the heart. 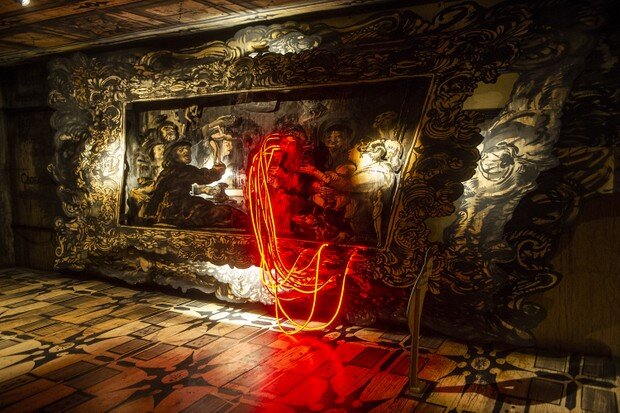 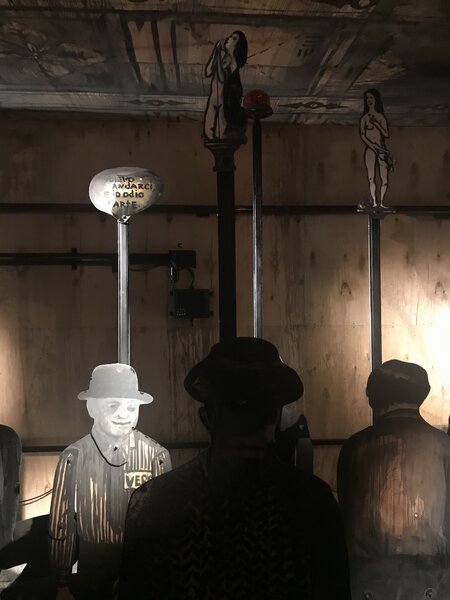 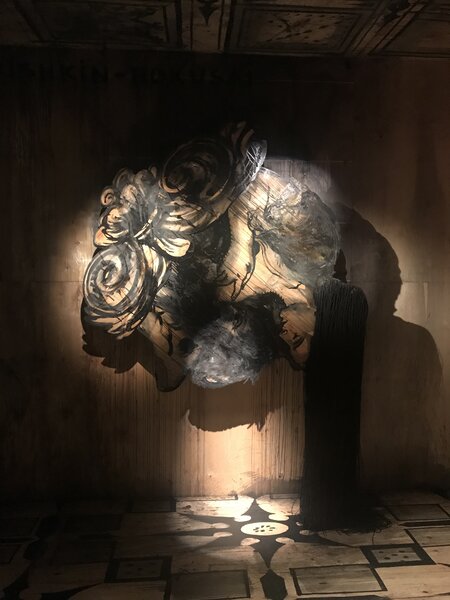 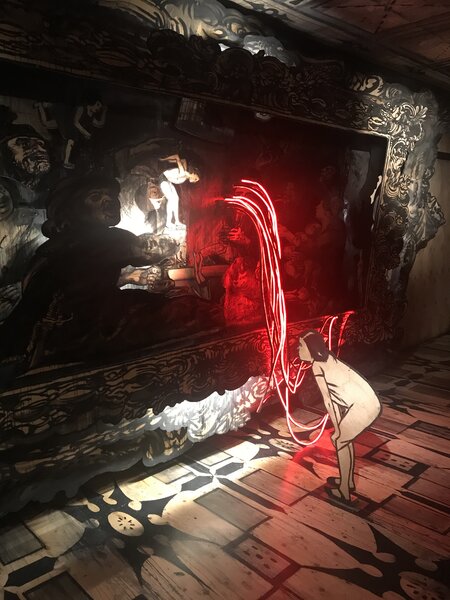 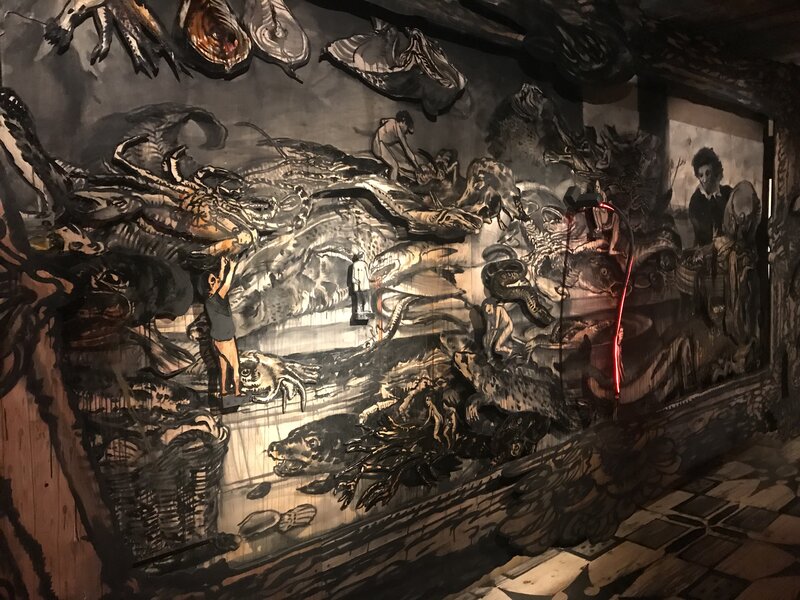 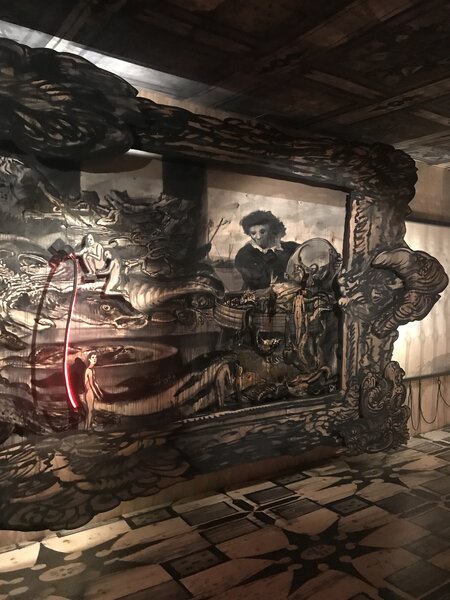 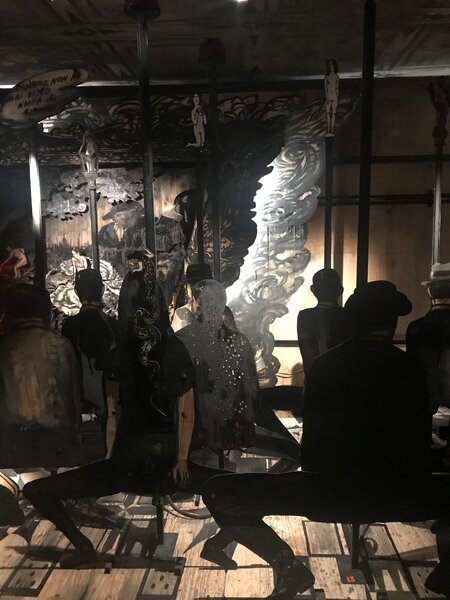 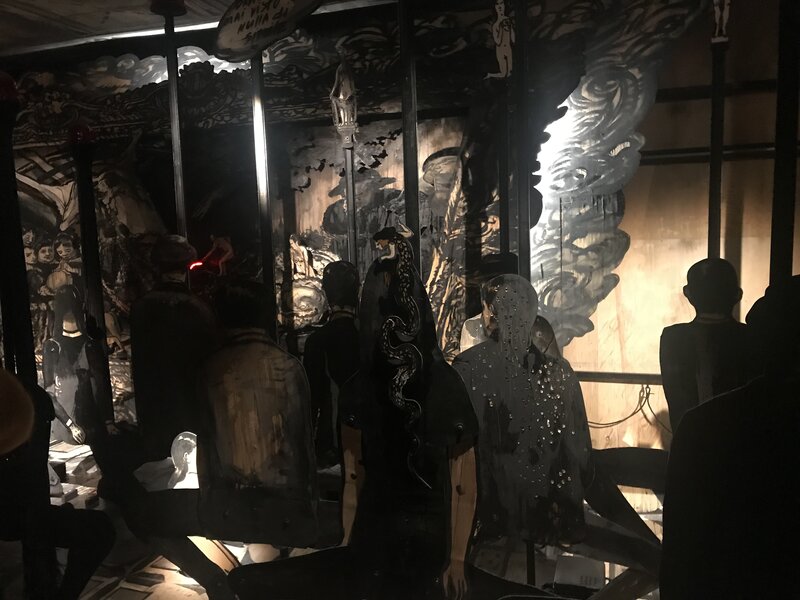