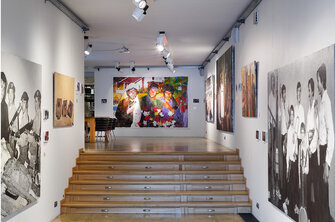 Kerim Ragimov does not consider his canvases to be independent works in their own right, although he uses painting as the predominant technique in his work. He conceives his work in terms of conglomerations – series, cycles, projects, which, at times, is evident in the process of their formation. Thus, his “Human Project”, which was started in 1993 remains unfinished to this day and continues to have new works added to it. Ragimov defines this project as a work in progress, i.e. as a work that stands on its own in terms of the sum parts of those works that have already been completed and those that are yet to be created. Therefore, when displaying this project, he substitutes Polaroid reproductions for canvases that are no longer available for exhibition.

The images from the “Human Project” are taken from varied and various genres of magazine. These pictorial images might be coloured or black and white but are always entirely in keeping with the original photographs from which they are taken. In terms of its genre, it could be classified as a photo-reportage, a political chronicle or photographs under a secular heading. The project might be a series of family photographs or historical documents, the characters inhabiting them might be the notorious and celebrated or the obscure and unknown. And finally, they might not be photographs at all but the freeze frames from a movie or reproductions of paintings that have reached Ragimov in the form of a photo-reproduction.

This title of the project proclaims the true subject that is being portrayed – the hero of the piece is the “Human Project” itself. And this is also the case with Ragimov’s other projects. If one is to use Vilem Flusser’s media theory term the subject of his work is “the photographic universe”. As is well known, this universe is created by various "apparatus" – photo cameras, photo and advertising agencies, typography, publishing houses and internet sites to name but a few. Its spatial configuration is flat, i.e. it is a solid granular surface. The work produced by this apparatus is measured and staccato in rhythm: which precisely echoes the workings of the camera shutter, the stuttering of the computer keyboard and the clatter of the printing machine. And these are also the parameters that Kerim Ragimov follows. His works are usually displayed in a row and in sections, with equal pauses, but the sequence in which they are hung has no apparent narrative logic whatsoever. By internalising the function of the contemporary media industry, Kerim Ragimov differentiates himself from the artists of the seventies who were living in a universe of ideological signs. Being in complete synchronicity with the logic of the photographic universe he does not see any difference in the status between symbols, and therefore does not prioritise or put any particular emphasis on any one particular symbol. Unlike the vertical hierarchy of Kabakov’s installations which contain a universe of ideological symbols, Ragimov’s media reality is linear and one dimensional.

By identifying his work with the way that the media apparatus operates, Ragimov achieves yet another distinctive after-effect.   The apparatus might function in an uninterrupted and extremely productive fashion but it does follow a set logic or programme. And this means that the media reality is not boundless but set within limitations. The producer places strict technical limitations on the media reality.   By adopting these conditions, Ragimov is clearly distancing himself from the post-structuralist concept of the media reality, which sees the media reality as a boundless and disordered flow and which is so popular with so many other contemporary Russian artists. This vitalistic picture of the world has given these artists the courage to take on media flows in single combat; it has given them the idea that it is possible to outplay the elements of media; it has provided them with an opportunity to escape the media reality’s corporeal zones and it has pushed them towards ever an increasing artistry of carnival effects and collage paradoxes. For Ragimov this strategy of fighting the media reality by radicalising its production and using the media reality’s very own media is unfeasible. In actual fact it is not a means of puncturing the surface of the media but simply yet another programme for its production. And if the machinery or apparatus functions like a programme, then the image of the producer that works with this machinery is closer to that of a programmer or functionary than an unfettered artist.

Thus, from Ragimov’s point of view it is quite impossible to break through the media’s surface, it is impossible to plumb its depths and it is likewise impossible to grope about in the hope of finding a place where it is not all pervasive. His project amounts to something different – Ragimov is attempting to familiarise himself with that which lies on the other side of the surface of the media.

Kerim Ragimov’s journey towards realising this task of illuminating the media image and familiarising himself with that which lies on the other side of the media surface is based on several stages and procedures. The first of these could be called “the impoverishment of the image”. In fact, the over-engineered redundant image does not set itself the task of revealing its inner secrets. On the contrary, these images – specifically in the form of the "New Academicism" defined on the Petersburg art scene of the nineties or the glamour of today’s post nineties Moscow mainstream – strive to concentrate one's gaze on the surface of the image, to mesmerise one’s gaze by means of the artist’s style, symbolism, allegorical motifs and narrative conflicts. Ragimov rejects the affectation of artistic style or, as he puts it, “refuses to allow himself to artistically interpret the image”, and by copying media images he meticulously reproduces "even the flaws of the original”.

Moreover, the nomenclature of the media images in his work – as mentioned above – are unusually multi-faceted and much richer than those of classical Pop Art for example. However, this paradoxically serves the purpose of "merging" the image rather than complicating it. If pop artists, by trying to turn a banal object into a consumer icon, are presenting it as something that is unique and exclusive, then Ragimov, by working in the context of the information society as opposed to the consumer society, is, on the contrary, attempting to present the most varied (including the most exclusive) things in a single series of balanced media symbols. Many of these symbols are indeed pregnant with exclusive and substantial significance but the artist/author chooses not to reveal this significance to us. “As the artist” admits Ragimov, “I fulfil an inverse function:  I make the pictures in this series anonymous, removing all attendant information and explanations to be found in the originals. This information black out seems to me to be the ideal silent soundtrack for this work.” This procedure is particularly effective in his “Metro” series – which uses collage devices and subtle allusions in what, in terms of its imagery, is one of his most complex works. However, here also, the aim of this artistic manipulation remains unexplained, its meaning muffled by the “silent soundtrack”.

By scrupulously copying technical images, he endows them with greater proportions and out of their anonymity, banality and universality he extracts the effect of metaphysical suggestion. He forces a technical image to be illuminated with transcendental light and thus brings it closer to the hieratic iconic primordial image. Finally, he deliberately expends an excessive amount of effort by replicating a technical image by hand and by means of his craftsmanship. Thus, Ragimov’s idea boils down to the transformation of a technical image – an image of secondary level – into a primordial ancient magical image.

Ragimov himself explains the painstaking hand made quality of painted works as follows:  “The figurative painterly code here – is no more (but is also no less) than a sign of academicism, a symbol of self-sufficiency and the vestige of the contemplative practice of the loner”.

In all these works, arising from the iconography of the the Deesis (mentioned above), we have dealings with human figures that are most often either deliberately or unconsciously posing and looking straight at the viewer. Ragimov is referring here to the extremely powerful effect of – meeting the gaze face on or the Countenance of the Other. And this, as is well known, is always an event – a metaphysical and universal event (Emmanuelle Levinas). The problem, however, lies in the fact that banal, dead media images that completely define our perception of reality, do not produce within us the effect of an encounter with the Other. Here the universality of the banal destroys the universality of the gaze of the Other. However, sometimes the media image can bestow on us the touching effect of an encounter with the human, but this happens extremely rarely, as a result of completely chance and unforeseeable circumstances. This experience might arise as a result of looking at an ordinary media image from an unusual angle. It is precisely this effect that Ragimov’s methodology is aiming to produce and it is precisely this methodology that produces the effect of a conceptual abyss. Thus, suspense, a feeling of internal anxiety and fear turn out to be the bearers of a vitalising human first principle. The human turns out to be identical to the sub-media. Therefore the spectacle of representatives of the human race presented to us as an unending monumental frieze in the "Human Project", or the spectacle revealed to us from out of the abyss or departing from us into the abyss – is a spectacle that bears something that is both grandiose and frightening at the same time. Thus, Kerim Ragimov’s art fits into the classical aesthetic category of Sublime.

“Personally, the most important questions are born out of the fatality of this subject. Is there a need for redemption and some sort of conclusion?” Kerim Ragimov poses and answers these questions himself: “For me the answer lies in the realm of faith". 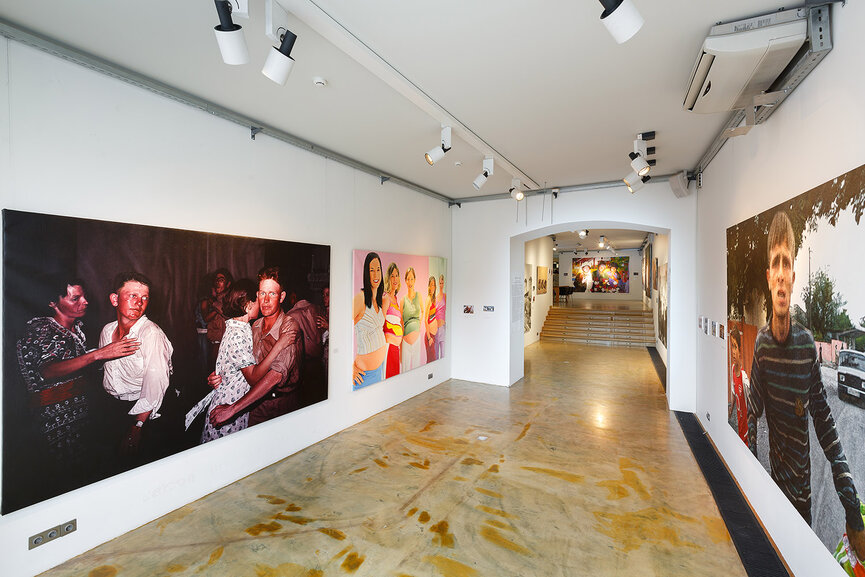 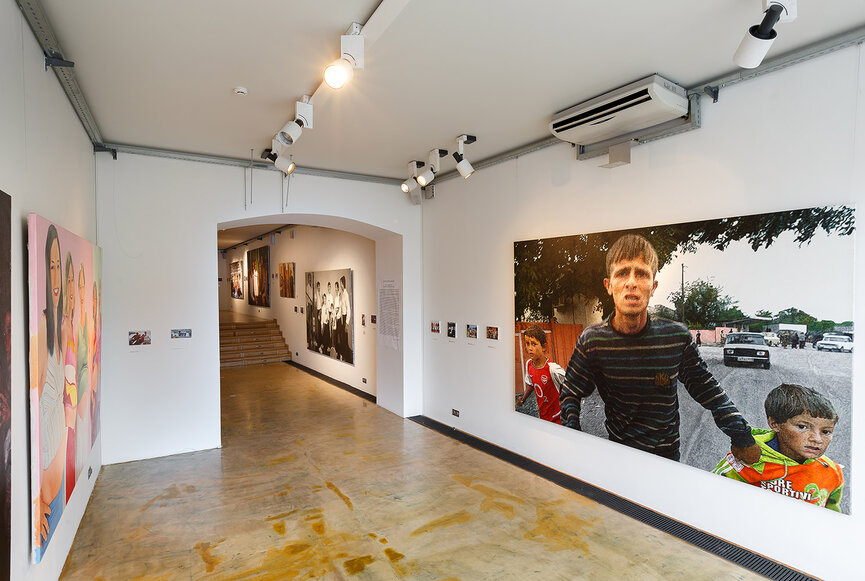 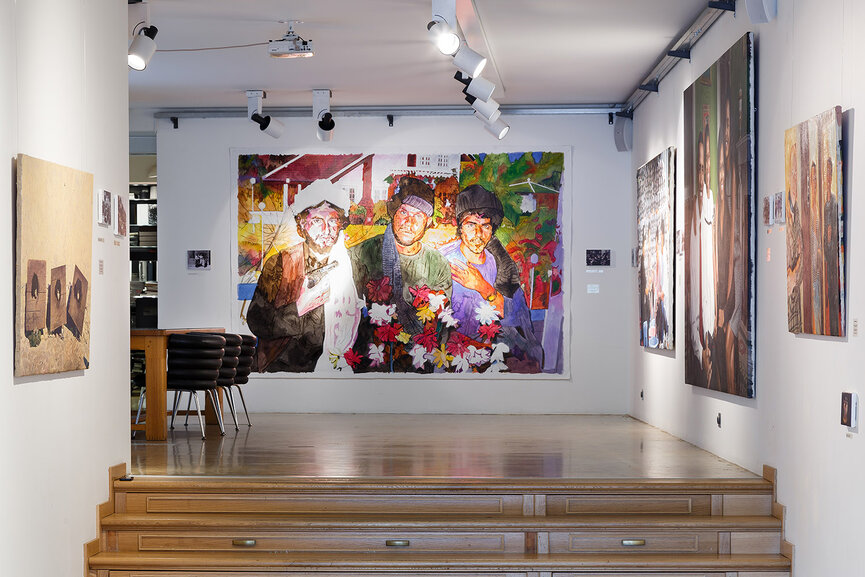 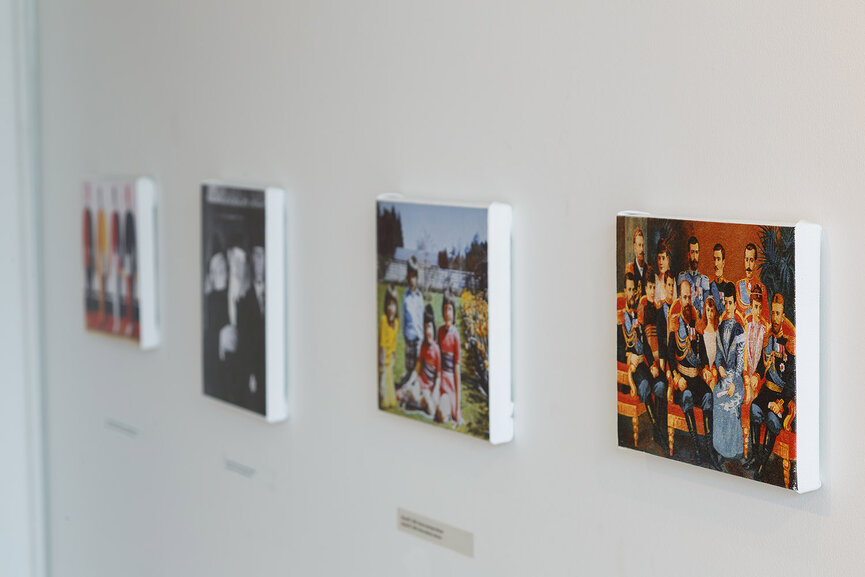 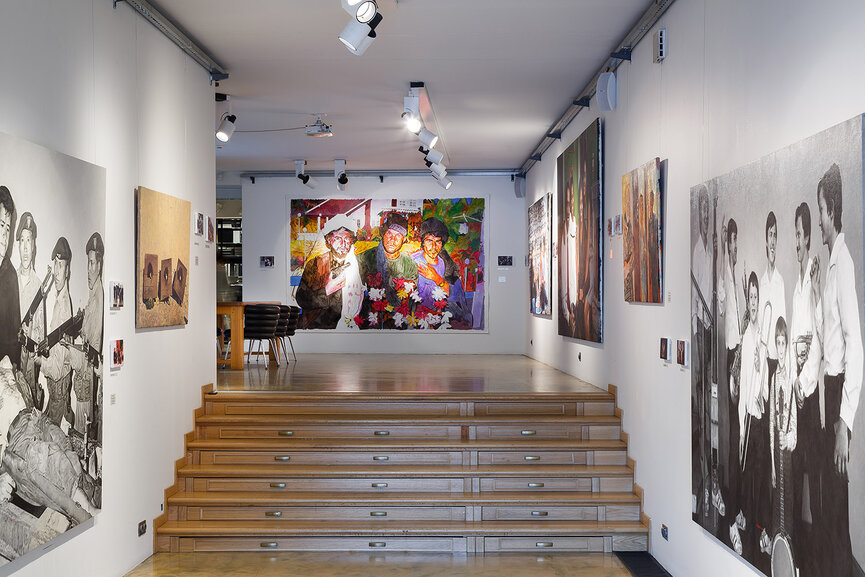 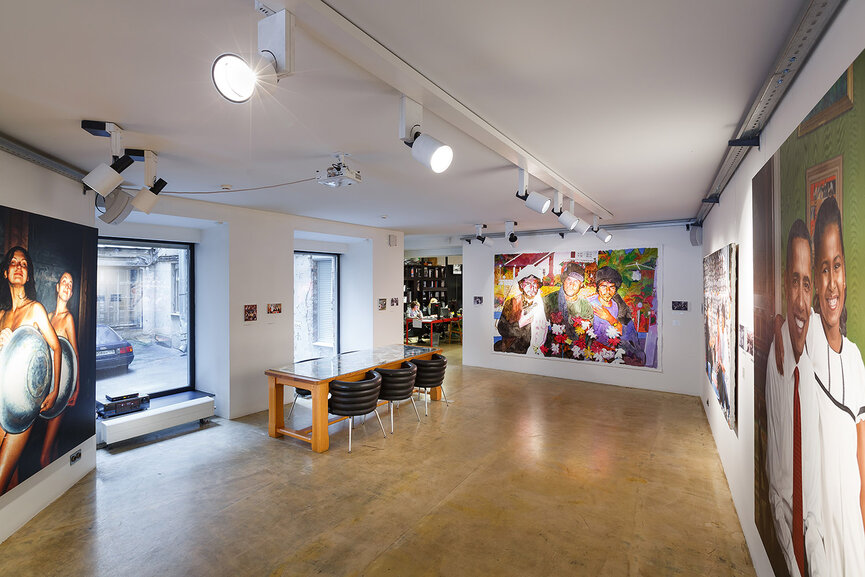 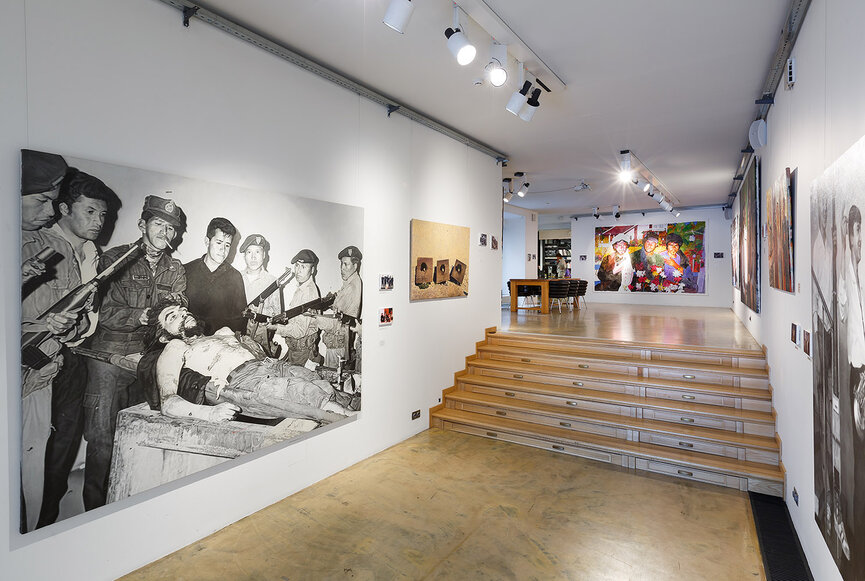 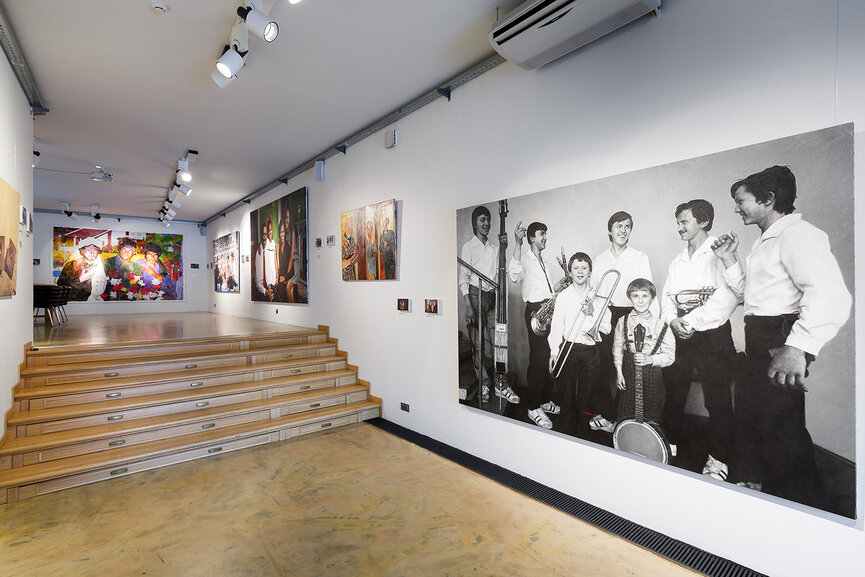 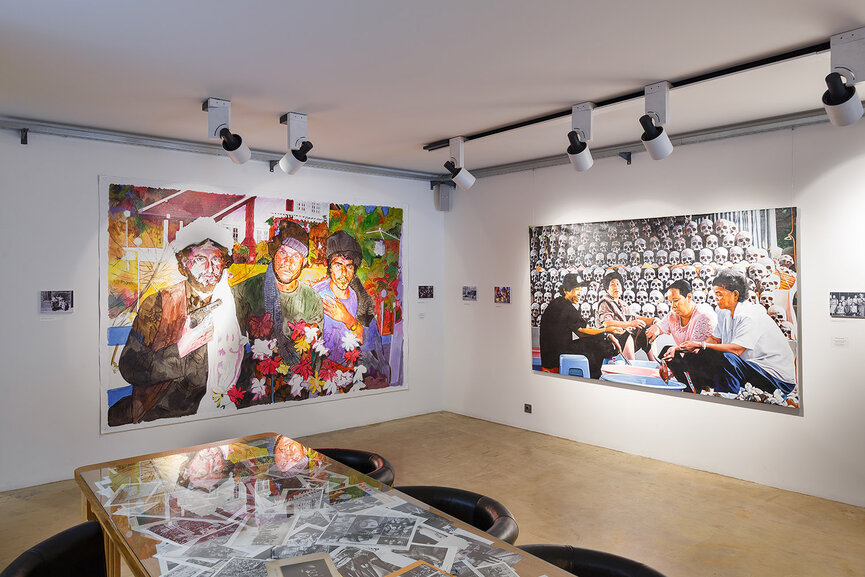 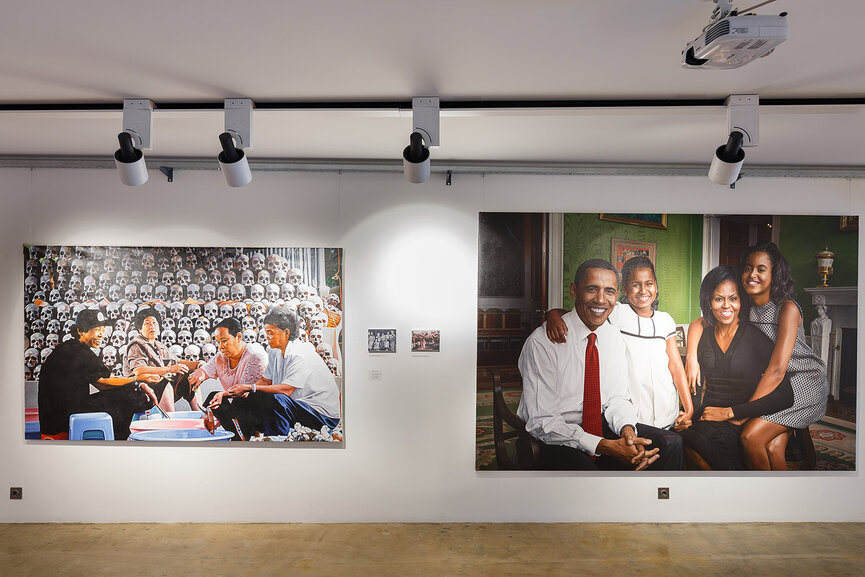 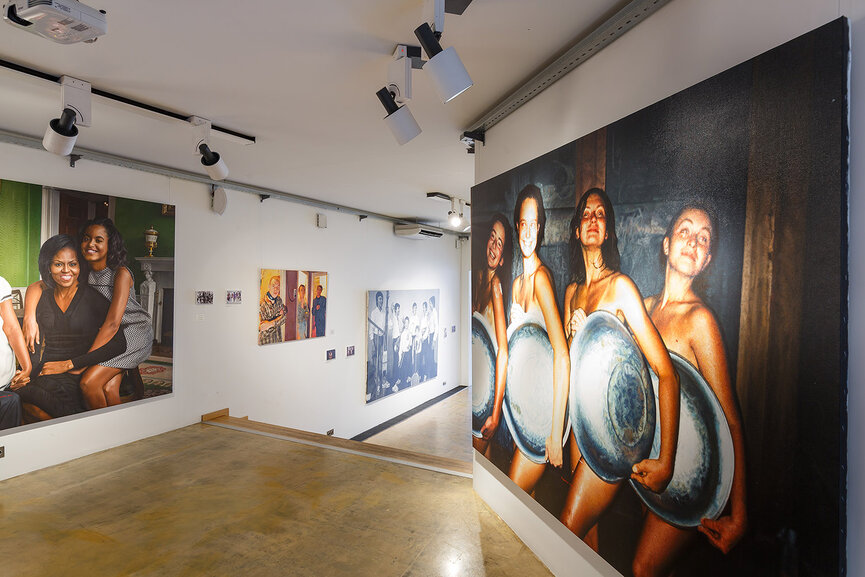 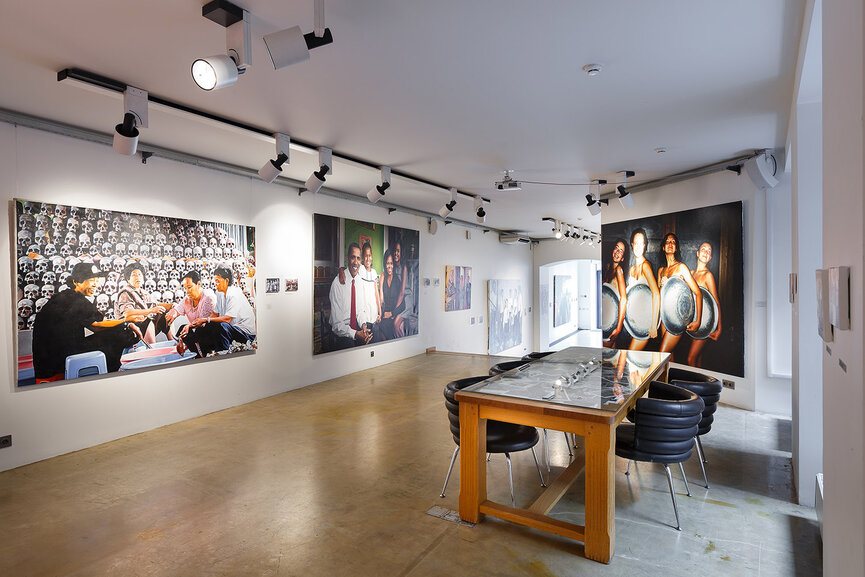 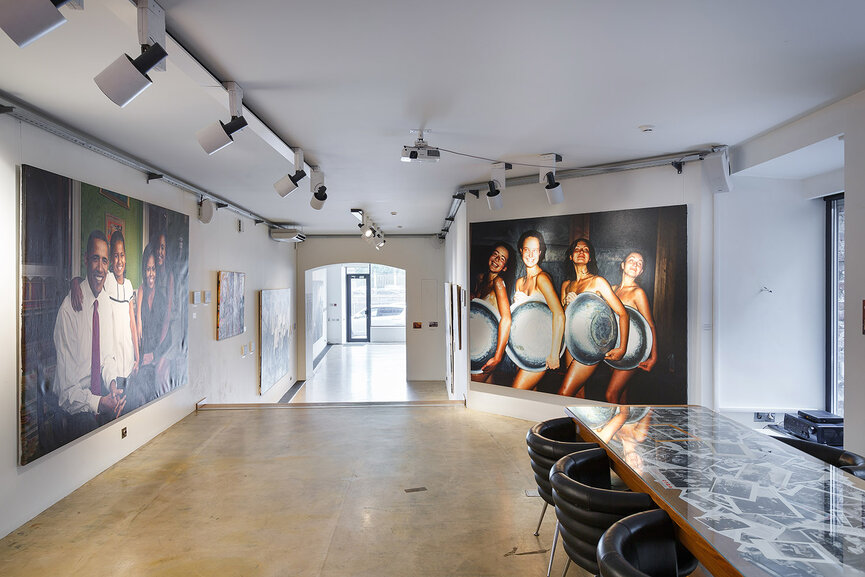 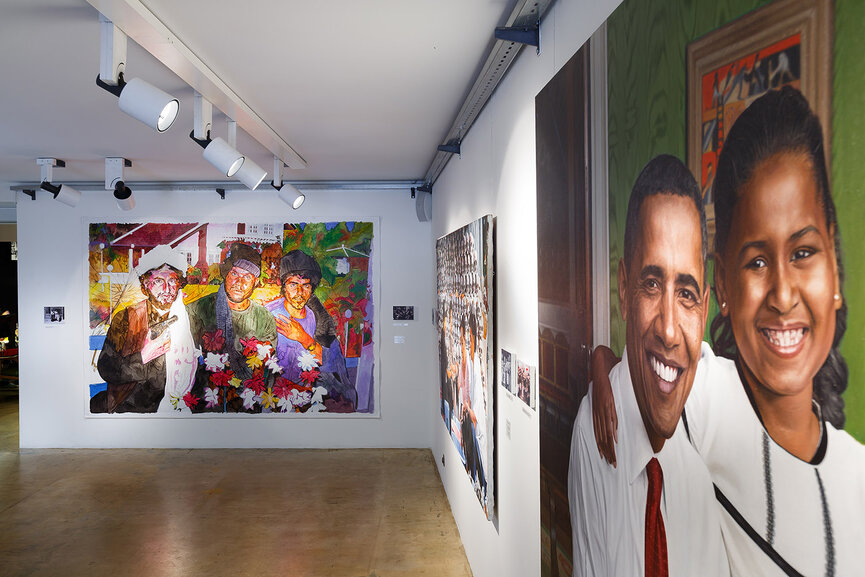 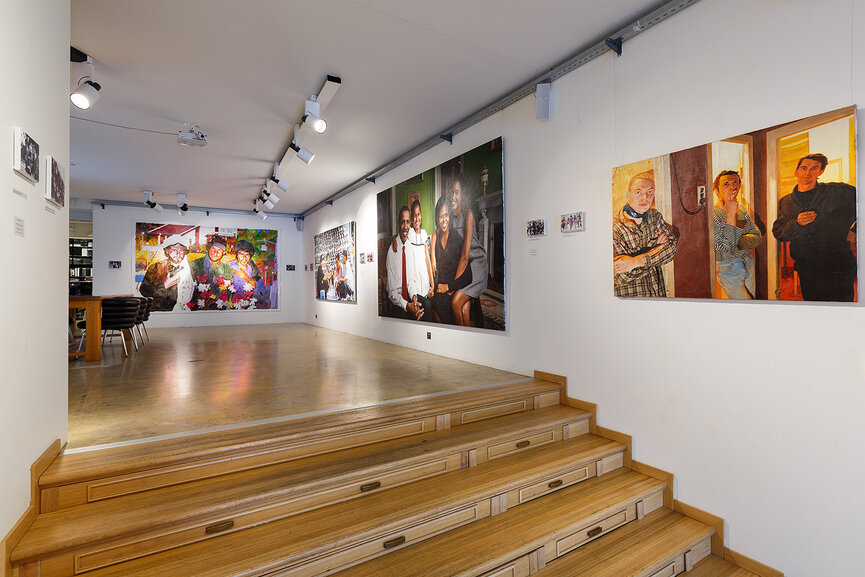 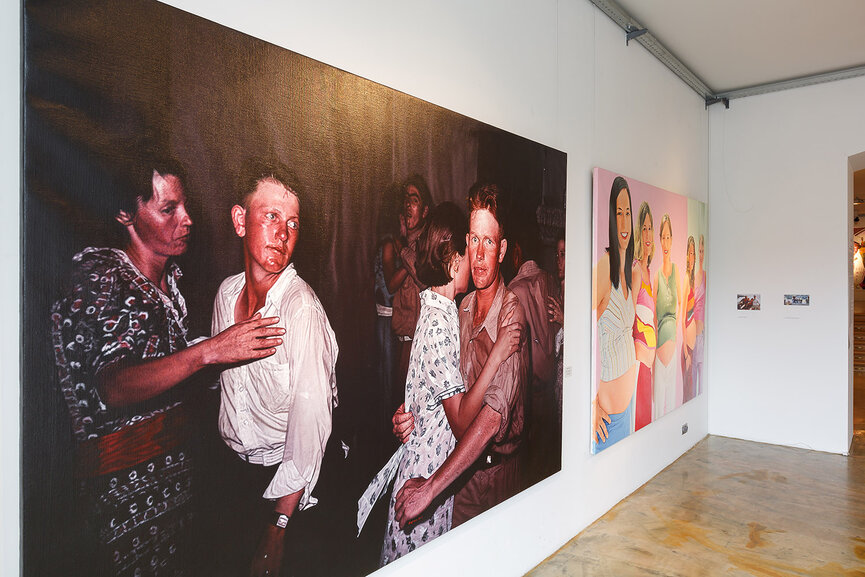 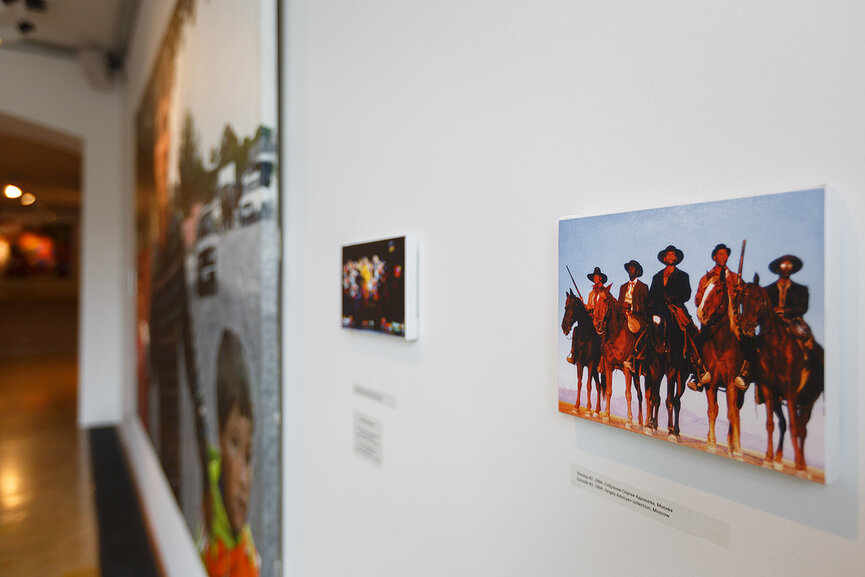