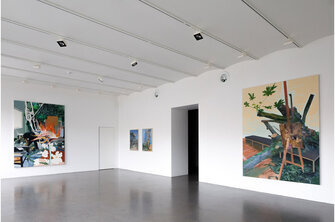 Vitaly Pushnitsky's new project “Ampersand” is about the continuity of painting. Its name contains the word “and”. Everyone knows the symbol, although not everyone remembers its name. The & sign is a logogram originally formed from a combination of the letters "e" and "t", the Latin conjunction "et" (meaning "and"). The ampersand was sometimes included in the Latin alphabet, but it became widely used in England at the beginning of the 19th century. For almost a century, it was the last letter of the English and American alphabet. At that time, the phrase "and per se and" (which means "and as the letter and") was used to refer to the sign when reciting the English alphabet, and this phrase eventually became corrupted as "ampersand". At the beginning of the last century, the ampersand was dropped from the alphabet. Nowadays this word is most familiar to programmers and mathematicians, although everyone understands the & sign.

In his latest works, Vitaly Pushnitsky reflects on this cohesion and endurance, which tend to go unnoticed by us, but which make up the underlying fabric of our logic, judgments and narratives. The artist's contemplations are pliant, constructing inferences like a sequence of visual techniques and assertions. This train of thought is the path to developing a pictorial motif — it is the actual process of painting a canvas. In this sense, painting posits itself as forward movement, created by the creative energy that this movement is charged with. Such is the closed-loop artistic system of the ampersand — a duration, which prolongs itself in its own prolongation.

The visual story unfolds like an organic ornament growing on top of the layer of paint on the surface of the canvas. Oil is the bonding principle that binds the primed canvas with ribbons cut from canvas, woven into a complex floral pattern. In the large paintings that summarize the project, their intricacy fills the entire surface of the image. Painting, therefore, turns out not to be a narrative of colors, but a story of canvas on canvas, where oil complements and accentuates this story composed of collage elements molded into a striking relief. Artistic experience finds itself on the border of a one-dimensional illusion of a three-dimensional image, sculpture and visual combinatorics, opening up space to a new artistic freedom and eliminating any differences between figurative and abstract.

Vitaly Pushnitsky has repeatedly succeeded with unexpectedly formalistic decisions. He burned landscapes with a laser on handmade paper, projected videos onto paintings, put together a triptych of paintings in different formats, hanging them in the order best matching a particular exhibition space... In terms of new composition and artistic technology, his latest project is even more interesting than previous ones, since it reflects on art as an organic experience. Plant metaphors here are both a part of the figurative system and a formative element. The creative process is understood as the growth of canvas on canvas with the active participation of colors. The metamorphoses of artistic growth provide the continuity of painting that endures as an experience passed on from teacher to student, adopted by the student and enacted in the work of both participants of this dialogue. The teacher's portrait is a lush green bush. This is not the entertaining metamorphoses of Archimboldo, nor is it a metaphorical allegory that hints at the personality of the portrait’s subject. It is an image of bountiful blooming, an apotheosis that bestows its vitality. The teacher is creativity that removes any obstacles in the way. The teacher is a living life that knows no end, that is contagious and continues living in the student.

The student's portrait is also not composed using the collage principle and does not use a system of analogies and comparisons to represent his identity. The student is not a sequel or a victim of the teacher. A hundred years ago, masters of the school of formalism insisted that apprenticeship means to challenge the system established by the teacher, to engage in uncompromising debate in which the student who is carrying on his teacher's work finds his own voice and discovers his convictions. This is the essence of the modernist understanding of tradition, shared by Vitaly Pushnitsky and evident in the student's portrait. The student — a helmet with a lowered visor and an impenetrable bunker — lives by the teacher's generosity, but always makes his own way and sticks to his guns. The student either leaves the teacher, or remains in the unenviable role of the epigone — an eternal student, an apprentice, a child who has not grown past the mirroring stage. This creative rivalry is the life of art, its organic movement forward.

Viktor Shklovsky, who lived with similar ideas and interests back in the twenties, wrote: “Writers happen.” Artists are also an organic form of existence. With the wisdom of experience, John Baldessari advised novice artists to engage in art only if there was no way not to do it. This extreme necessity to live art and live in art is the organic life that grows and knows the future as long as art itself lasts. The ampersand defines the horizon for this movement. 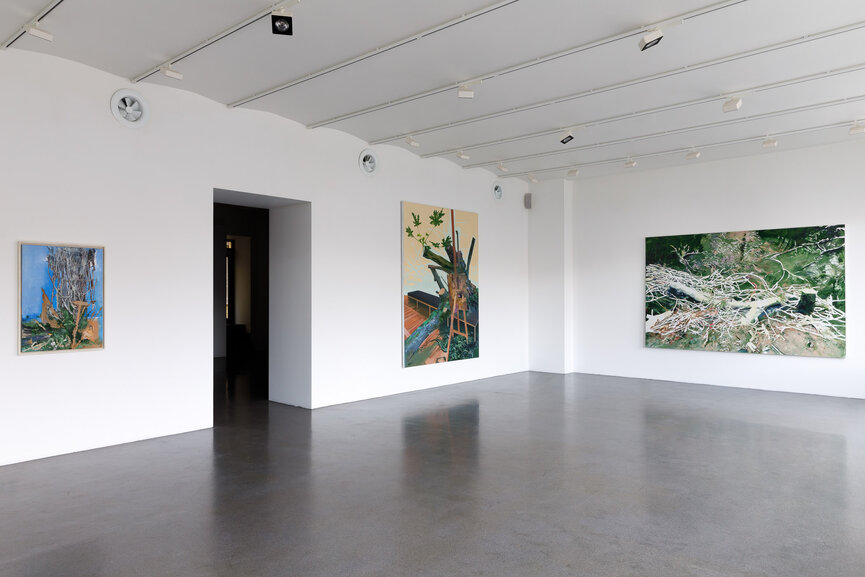 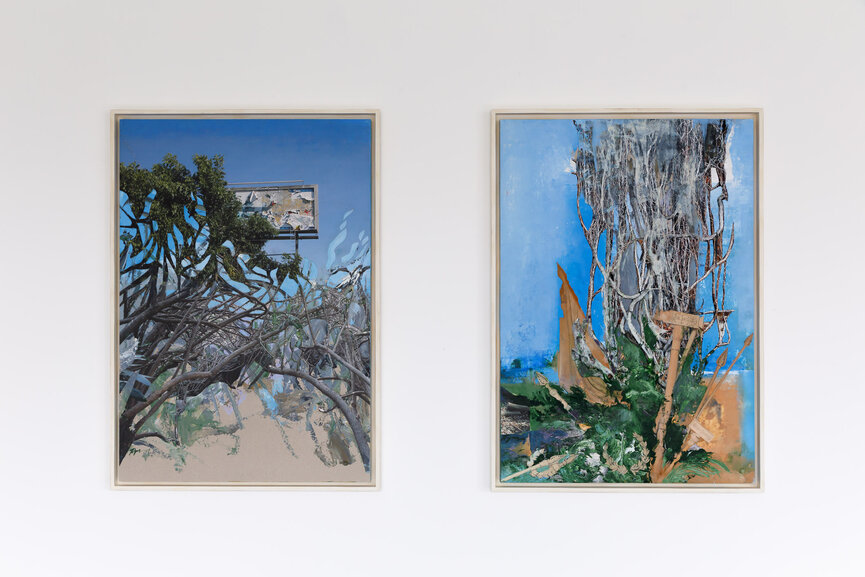 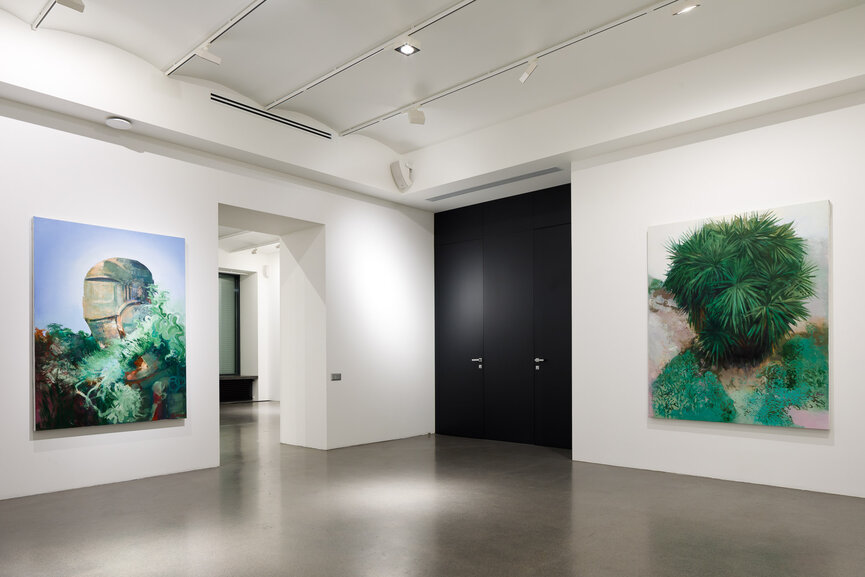 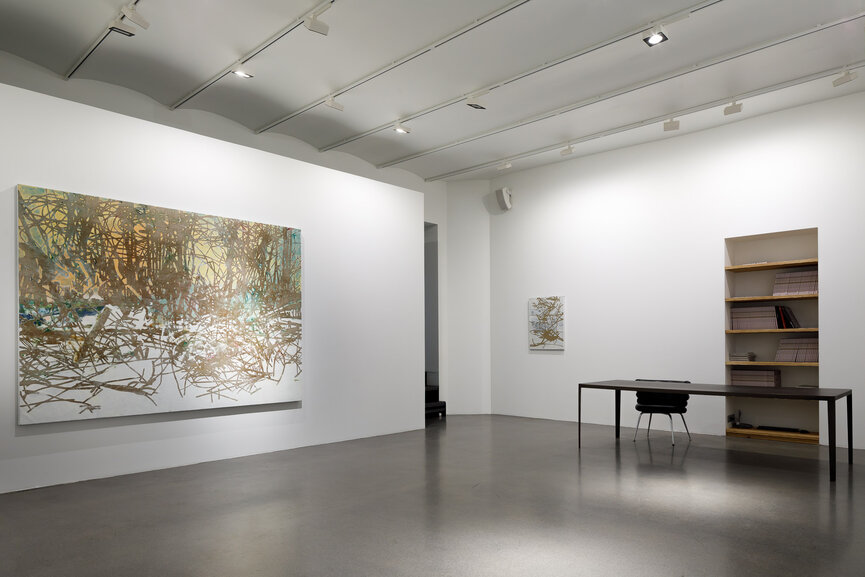 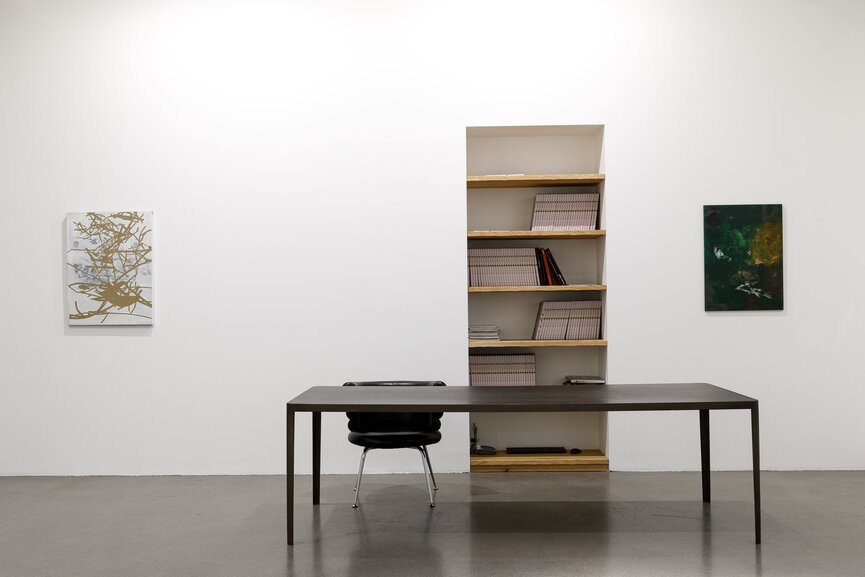 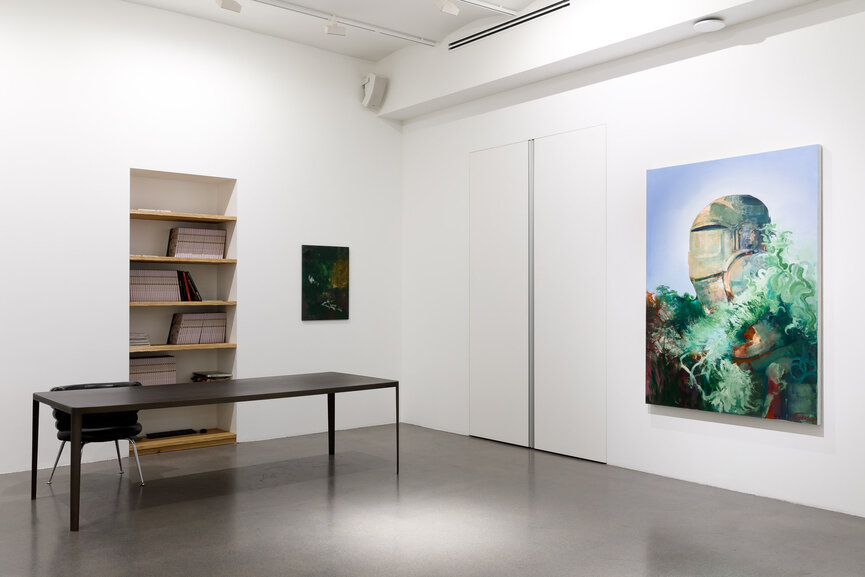 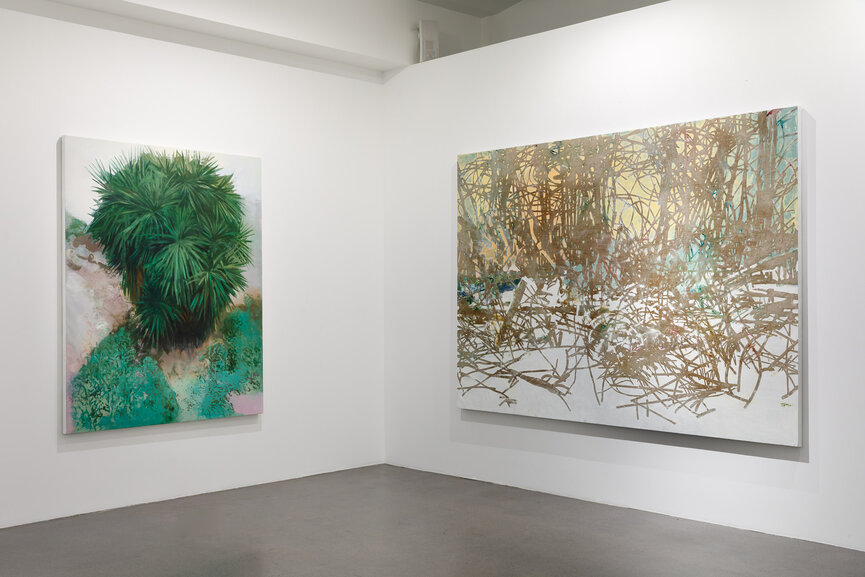 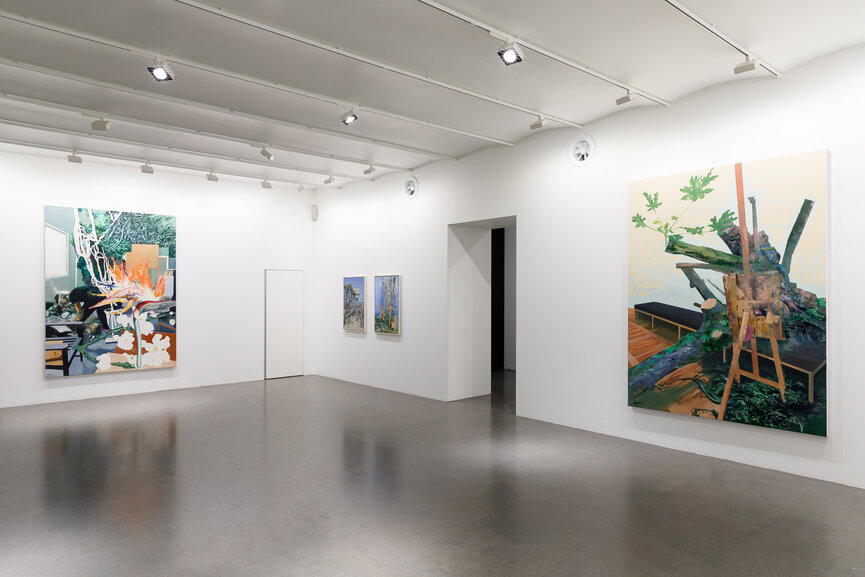 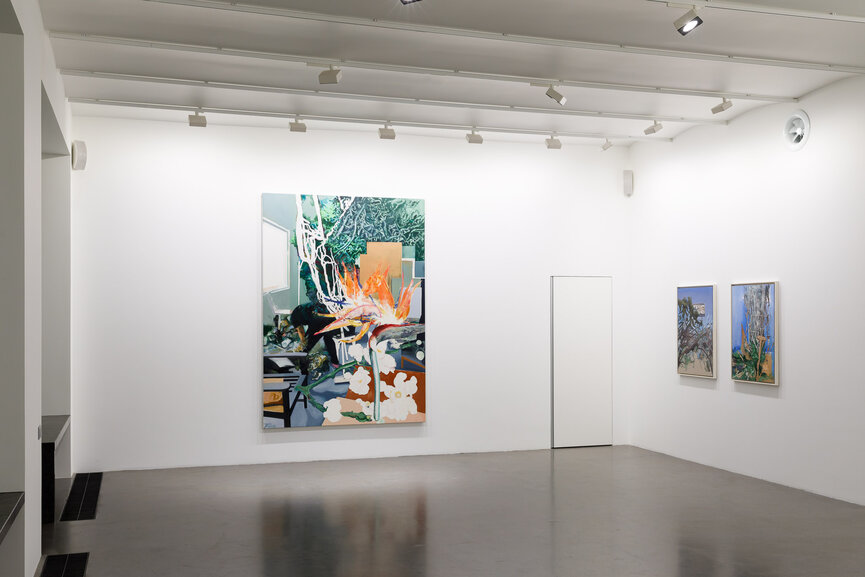 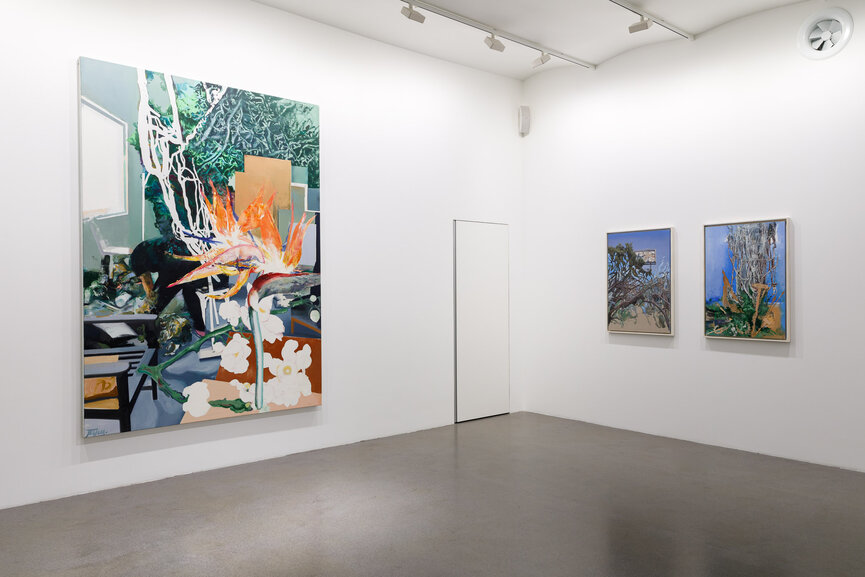 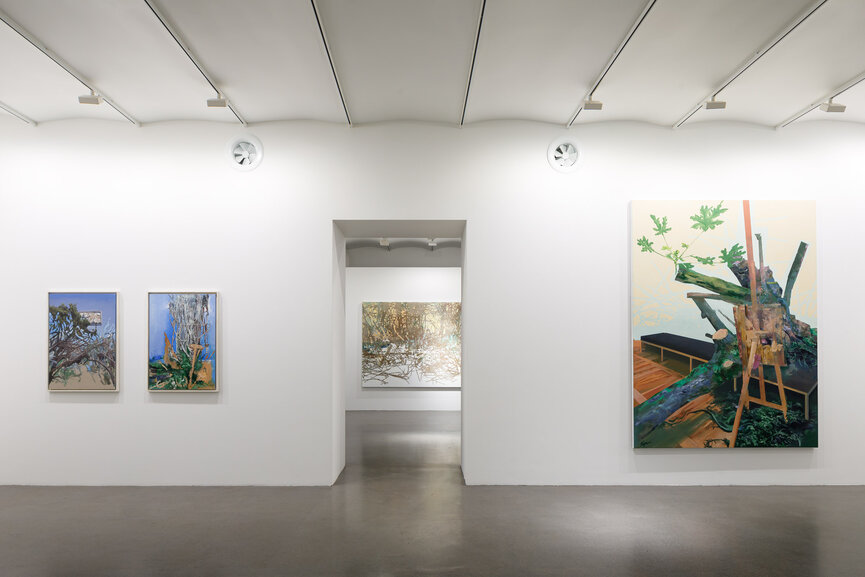 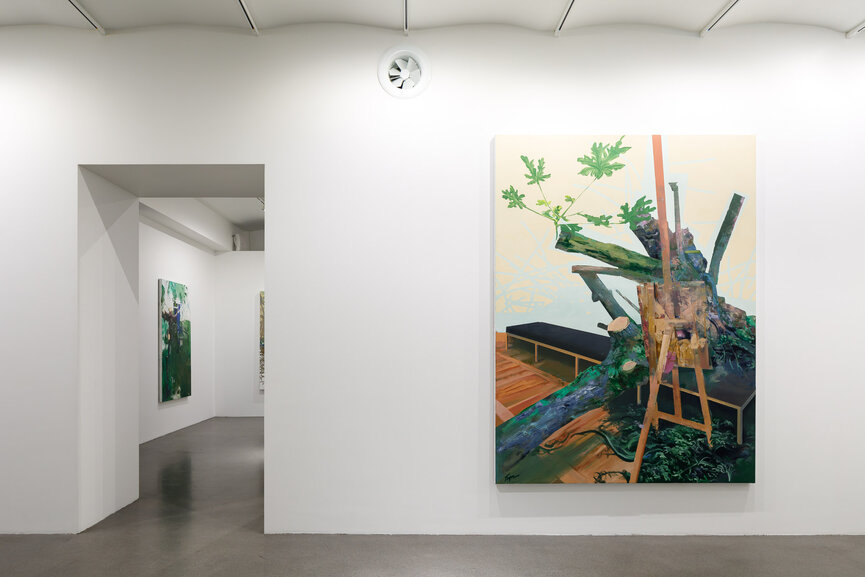 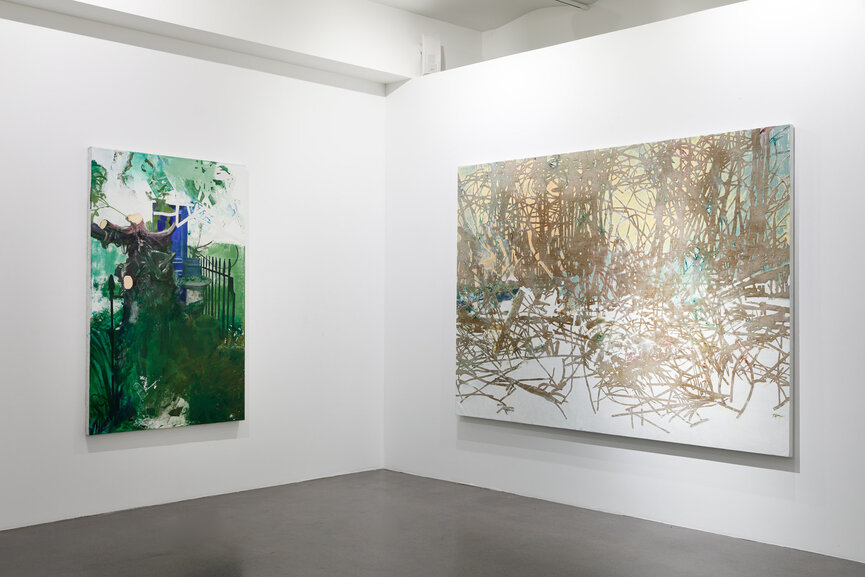 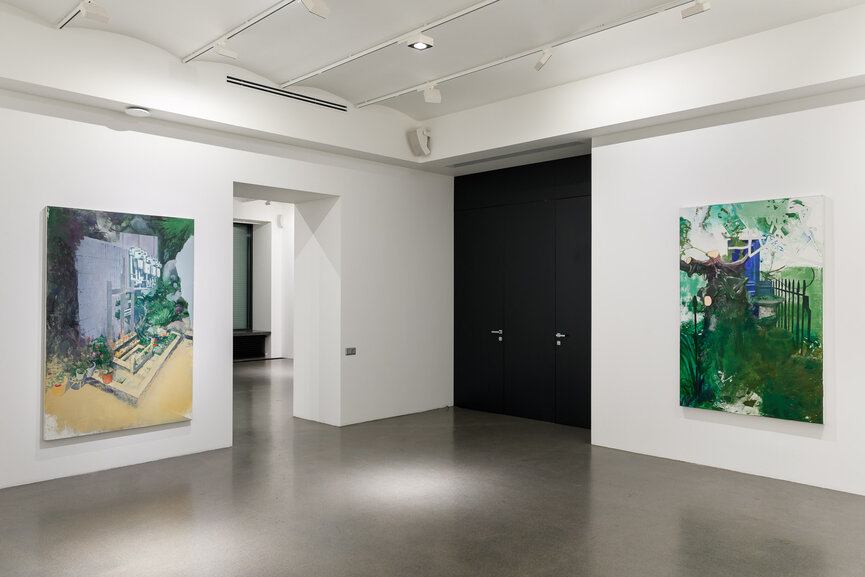 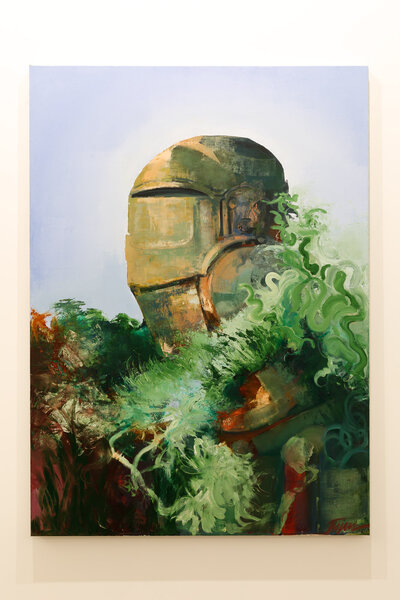 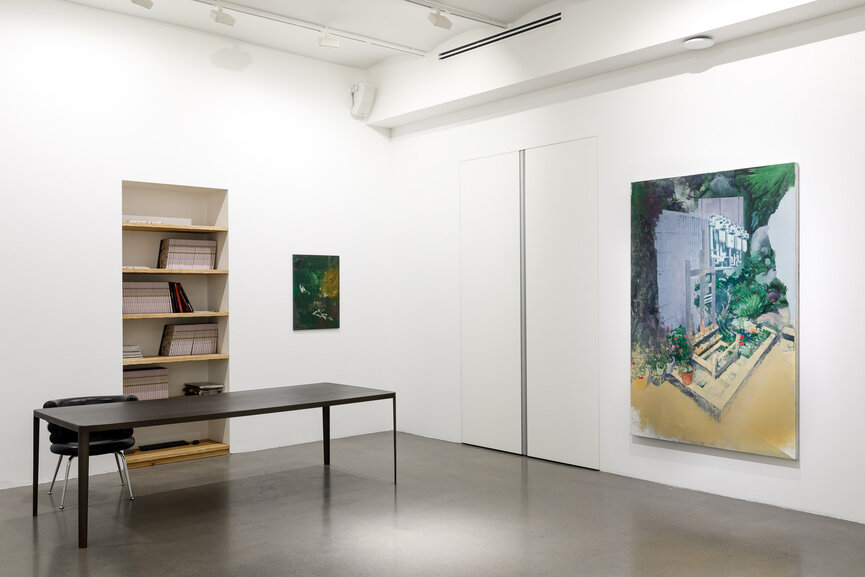 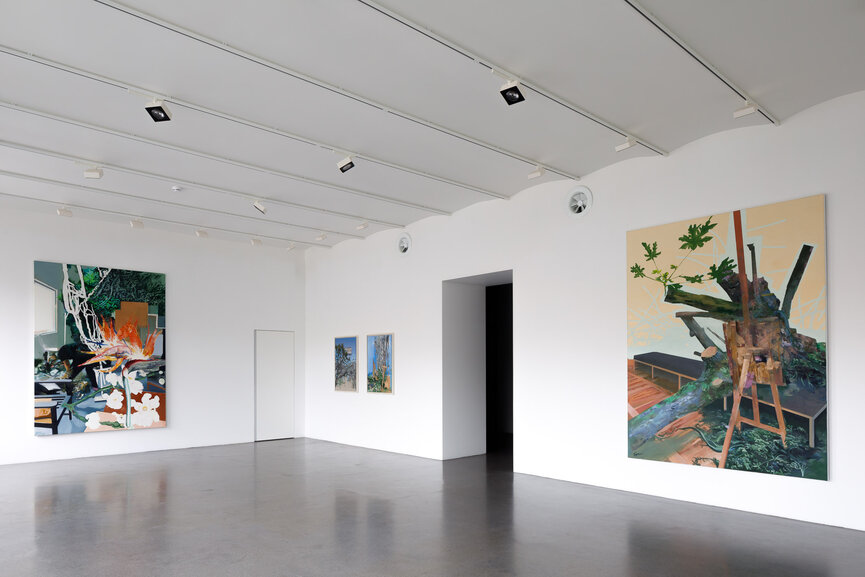 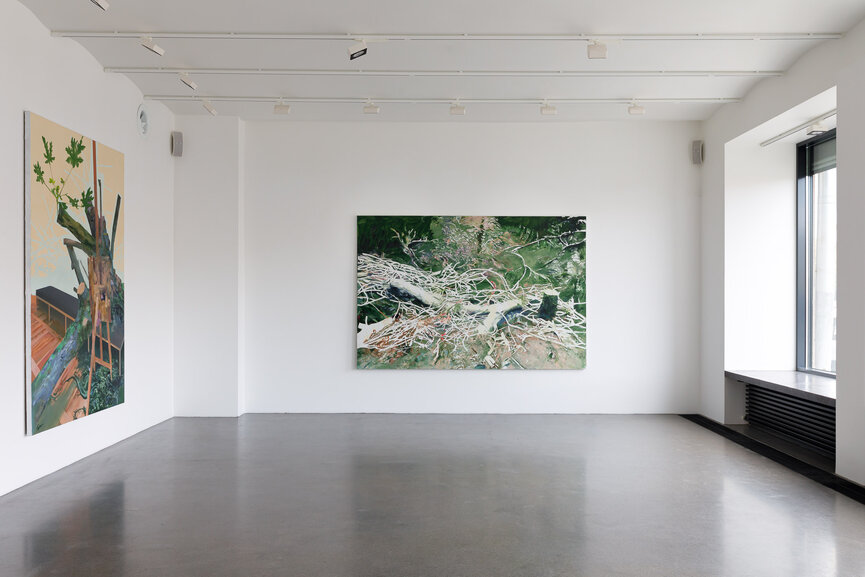 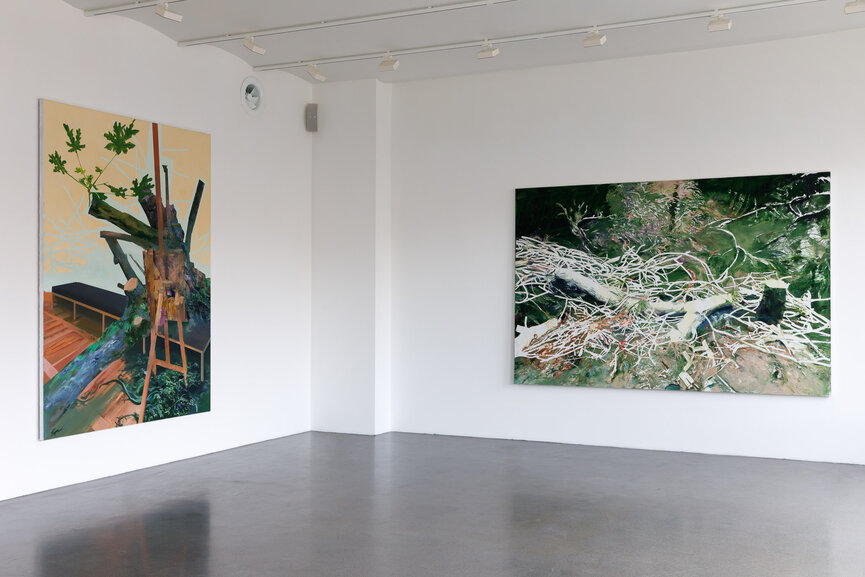