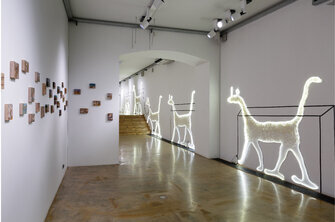 Video projections and objects by Marina Alexeeva depict mythological heroes, who seems has just descended from an ancient frieze and gracefully walk down the gallery space. Along these light objects one can also see beloved lightboxes well known by Russian and European art scene.

Another kind of story is told by the graphic works and wooden objects by Boris Kazakov, inspired by animated film about huts and doctors. “Huts and doctors” is a story about everlasting struggle between knowledge and innovation on one side and tradition and natural roots on the other. These two kind of forces personified in images of endless interaction of fighting and loving, chasing and giving up huts and doctors. Their adventures are reflected in “secret drafts” and wooden objects, which remind of old cinema stills. 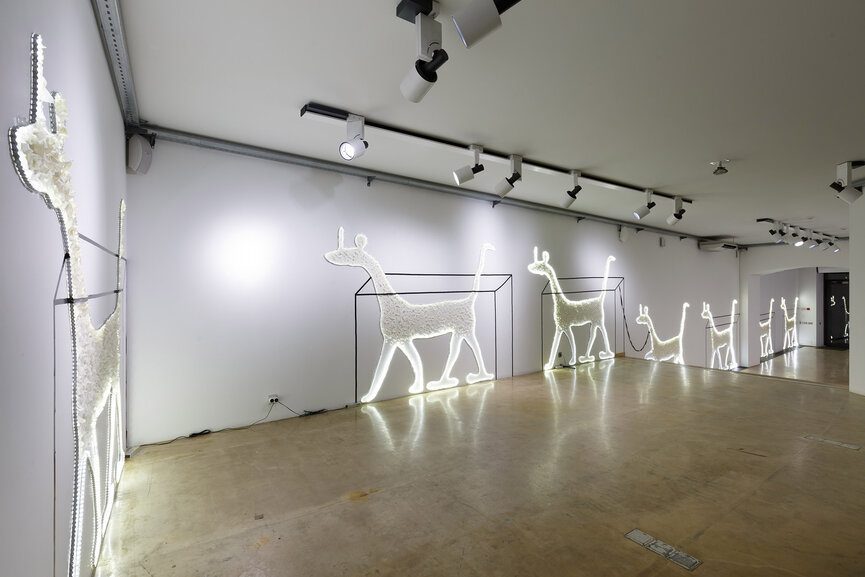 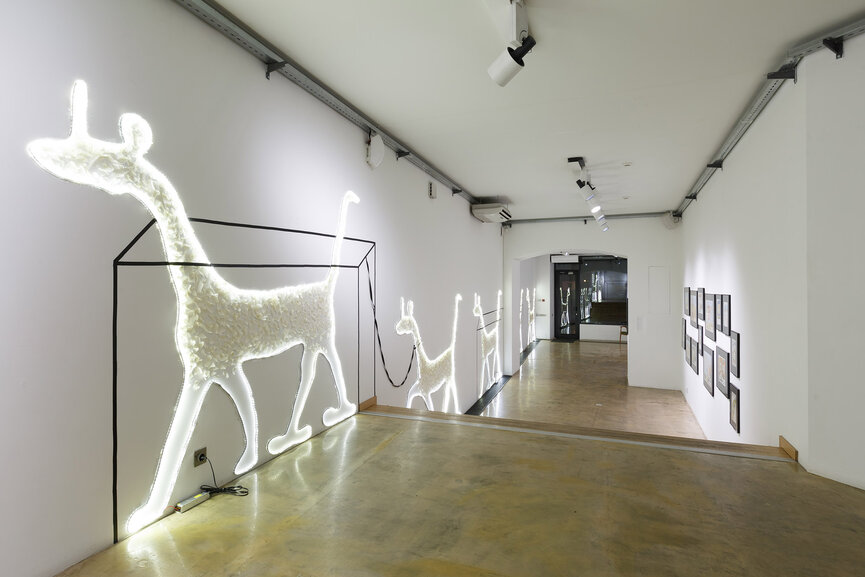 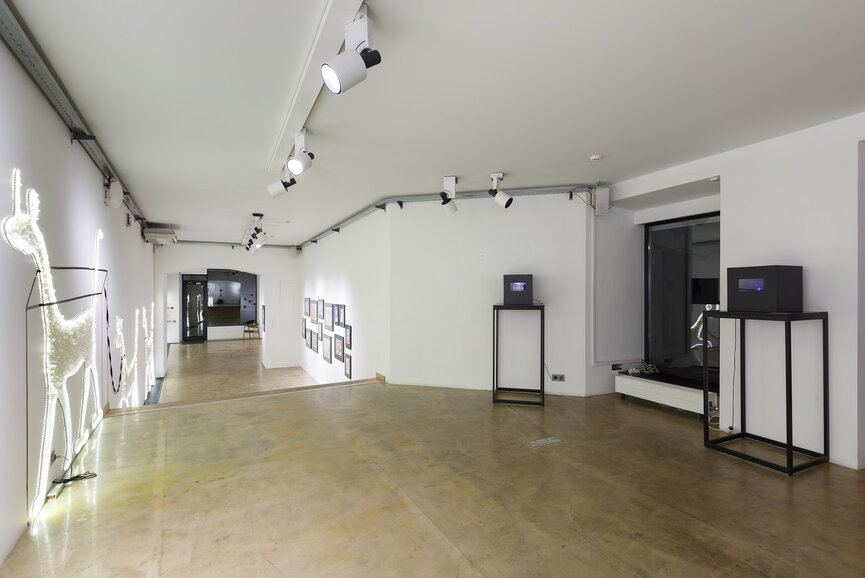 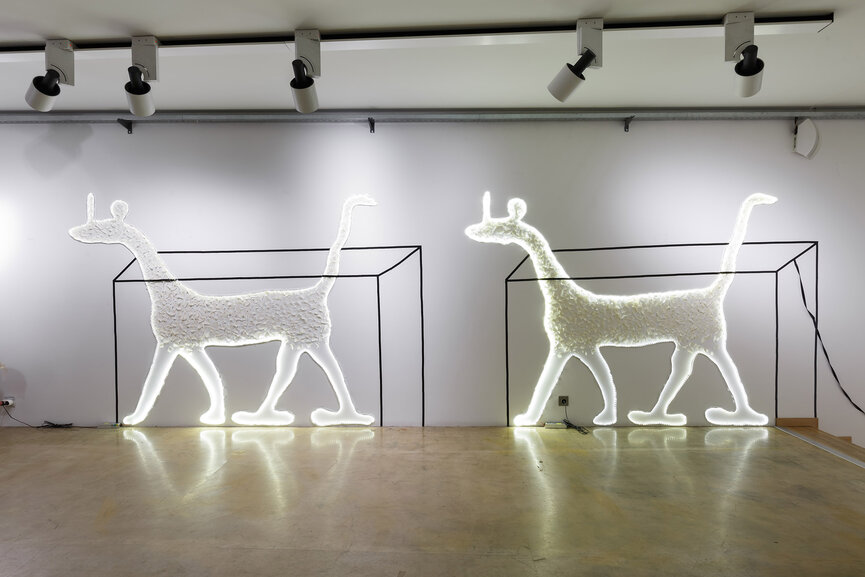 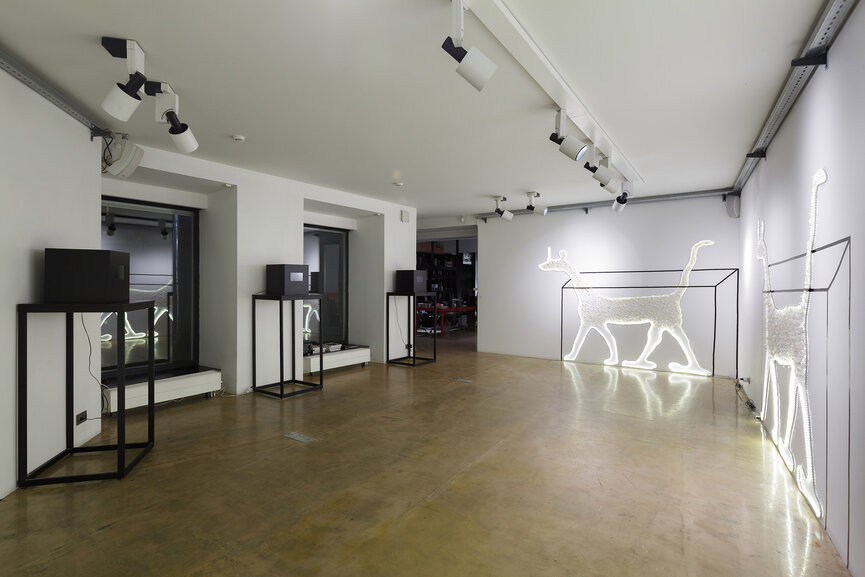 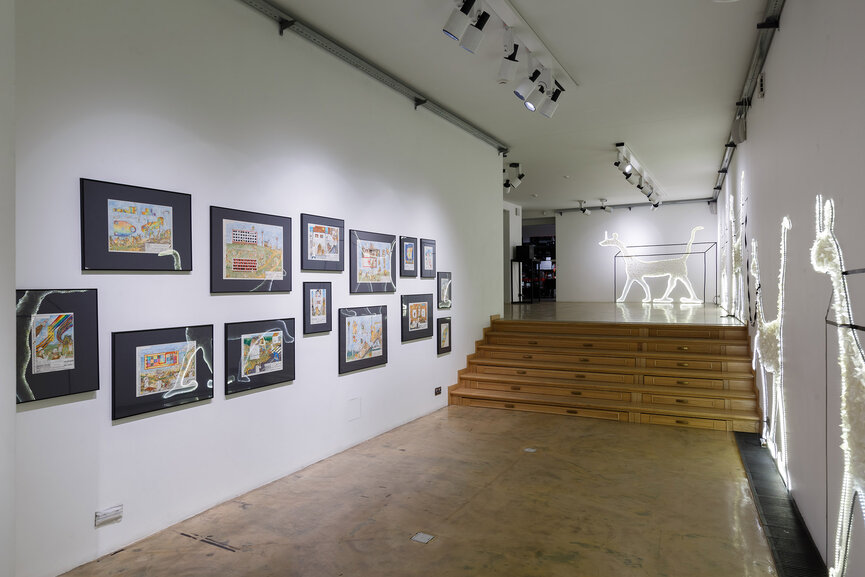 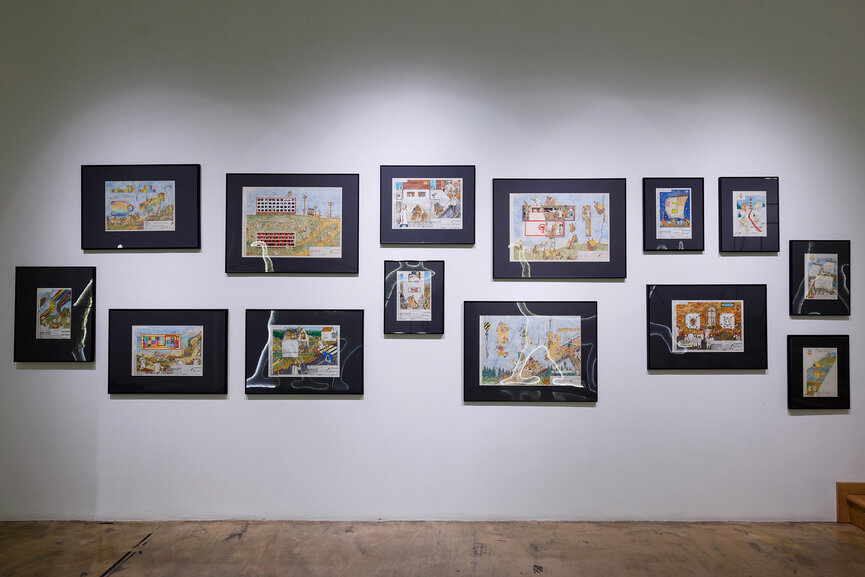 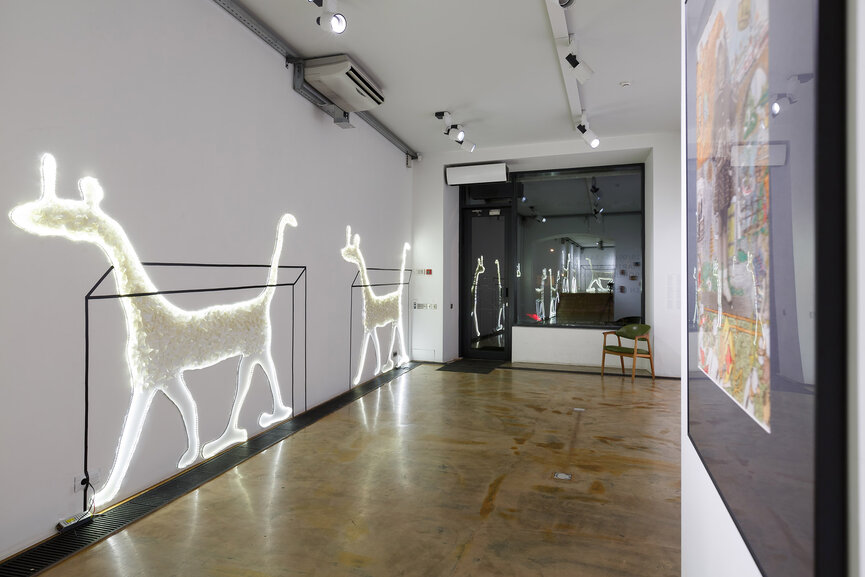 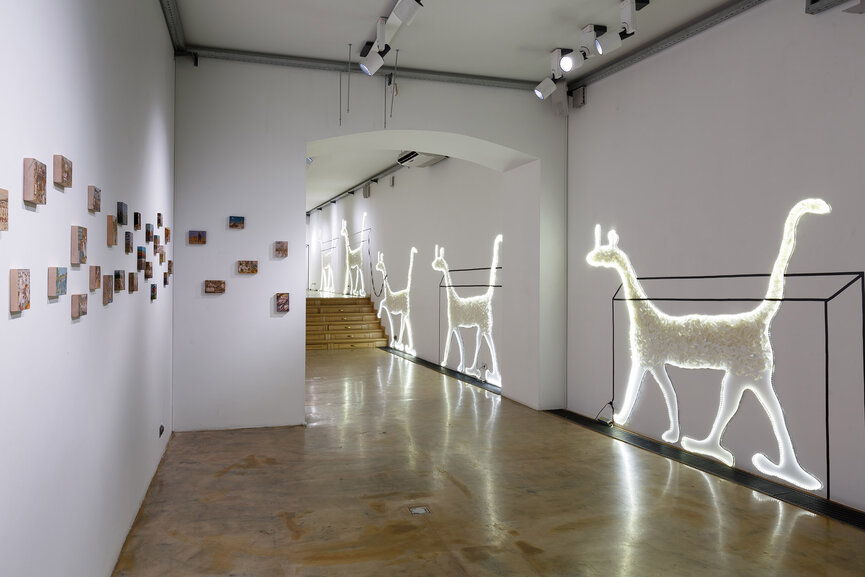 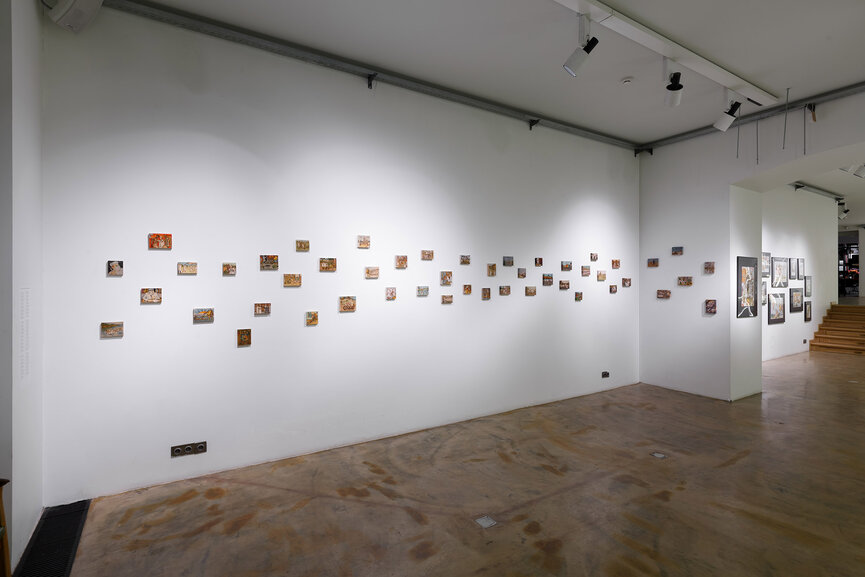 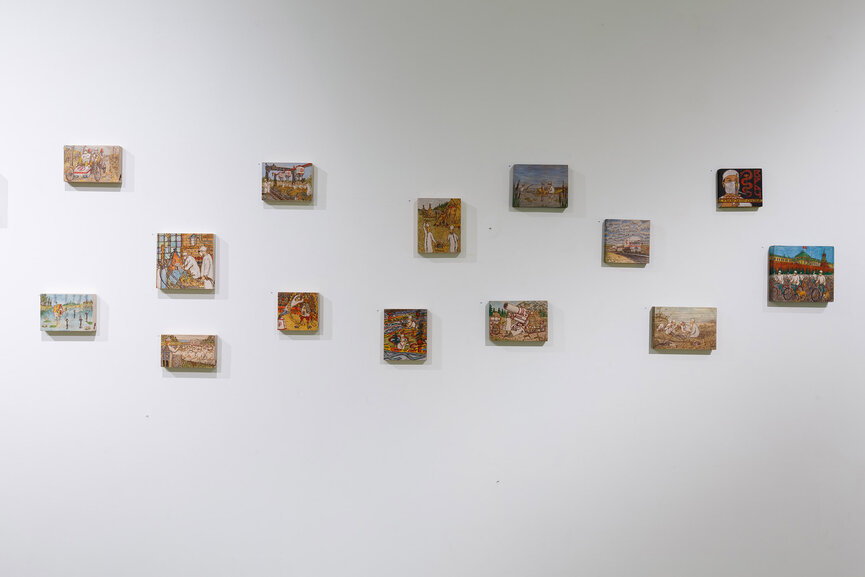 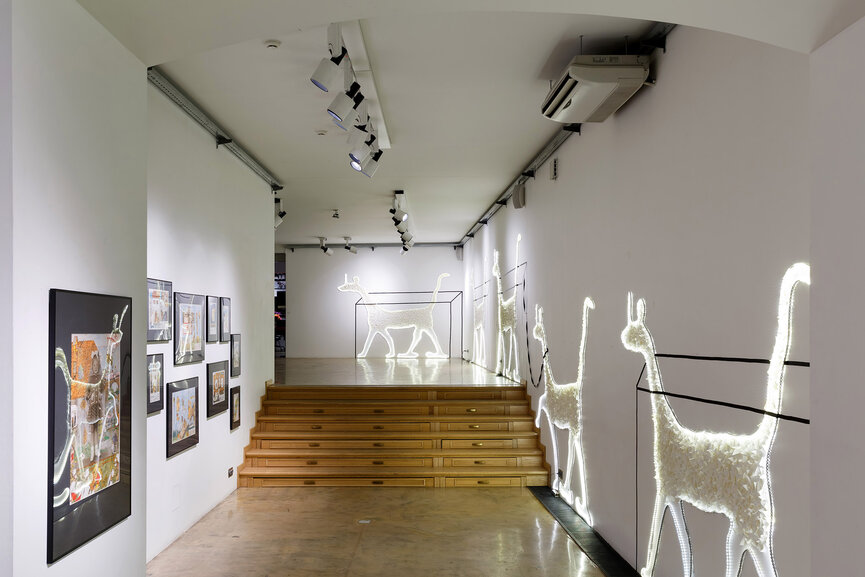 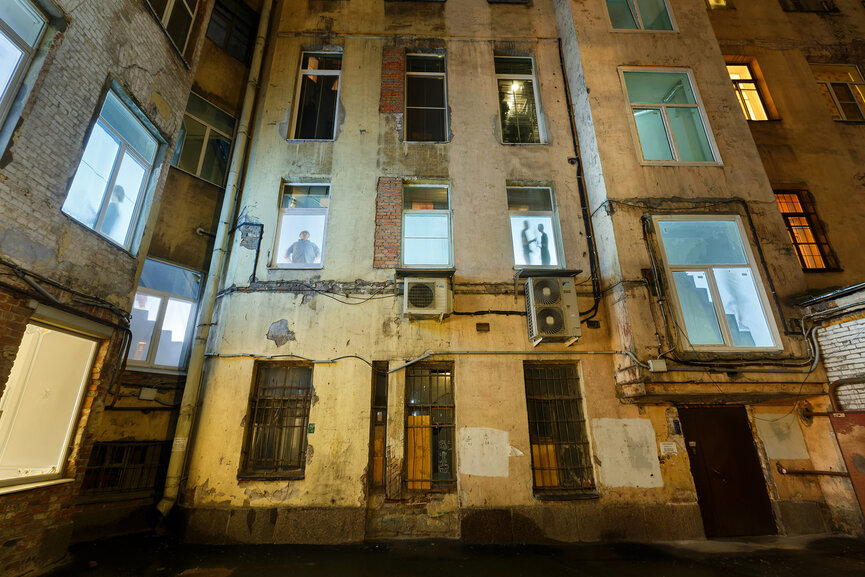 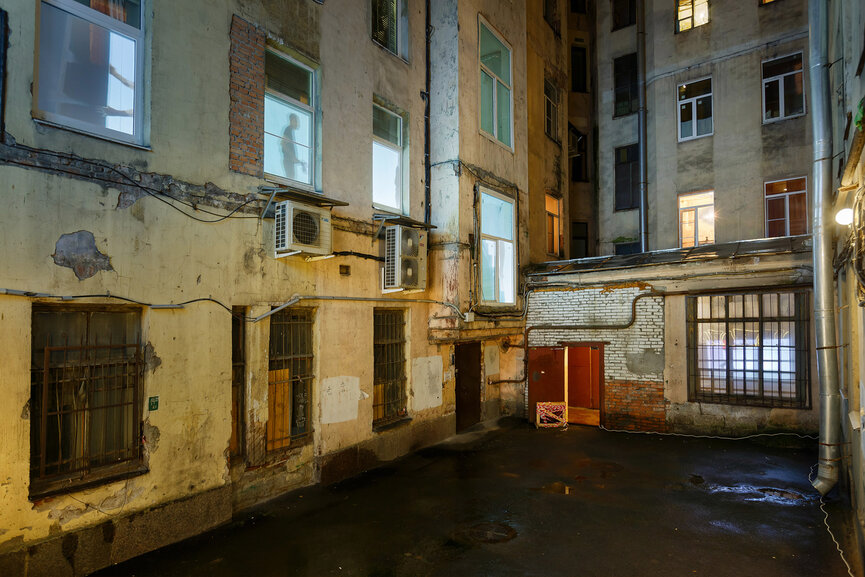