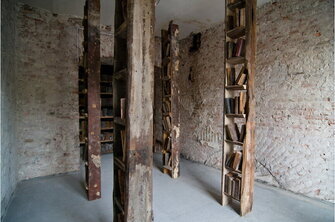 The theme of the exhibit the academic genre of modellatura. Modellatura, which generally included an ideal vision of the future, was an extremely popular genre during the 1920s, an age of grand utopias. Not only did artists invest time and energy in creating models of future cities, but conceived their own artworks as indicators for potential technical projects. Peter Belyi’s “commemorative modellatura,” however, casts its gaze into the past, to the 1960s and 1970s, a period that saw the existence of one of the last utopian expressions of our era. The artist’s intent is to use this “new” genre of representation to search for one of the paradigms of humanity: hope in the future produced by disillusionment with the past.

The wooden puppet Pinocchio is the project’s protagonis, incarnating the figure of an architect obsessed with grandiose projects through which he hopes to transform the world, as well as an indissoluble deposit of utopian ideology present in each and every one of us. Like its hero, Pinocchio’s Library is made of wood, and its books cannot be opened. They are solid marker stones of a useless knowledge, inaccessible and impossible to consult ever again. That which was once a source of knowledge has been transformed into an indissoluble deposit of utopian knowledge, a memorial to utopia itself. And yet Pinocchio’s Library is rife with the hopes of each one of us and above all, with the fact that one day the wooden puppet will be transformed into a real child.

The transformed Pinocchio now lives among the architectural ruins that gave birth to the social utopias represented by the other installations present in the exhibition – Il mio microquartiere (My Micro-neighborhood) and Mausoleo tipo (Typical Mausoleum) – reminiscent of anonymous building typologies, soviet architecture and 1970s prefab panels.

Il mio microquartiere is made up of fragile box houses built with old photos that have yellowed and faded and were recovered by the artist. Each house has its own story, communicated through a small, barely illuminated window. The memory of that which was once shared space and a quotidian reality for thousands of citizens gets lost, and at the same time acquires materiality.

Mausoleo tipo is dedicated to crises in the protective efforts of those in power. The carcasses of block constructions, which once were used to build entire cities, factories and hospitals, are now put together to create a mausoleum. That which was intended to last thousands of years is transformed before our very eyes into ruins. Ideology, represented in mausoleum form, is transformed into ashes and crushed stone. The mausoleum, just as with ideology, is not eternal if one looks towards a protective utopian future starting from the present. 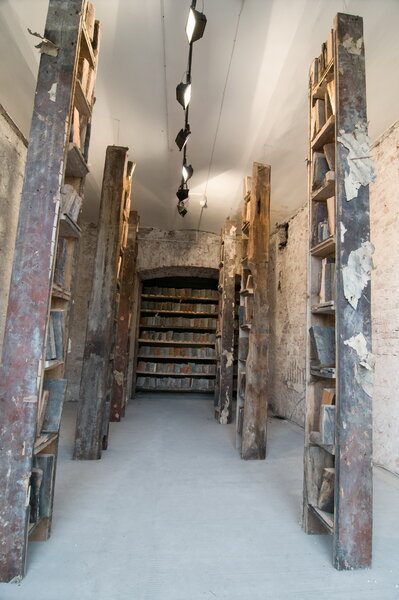 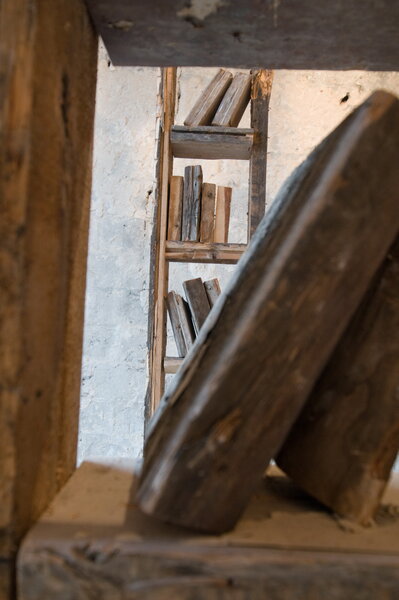 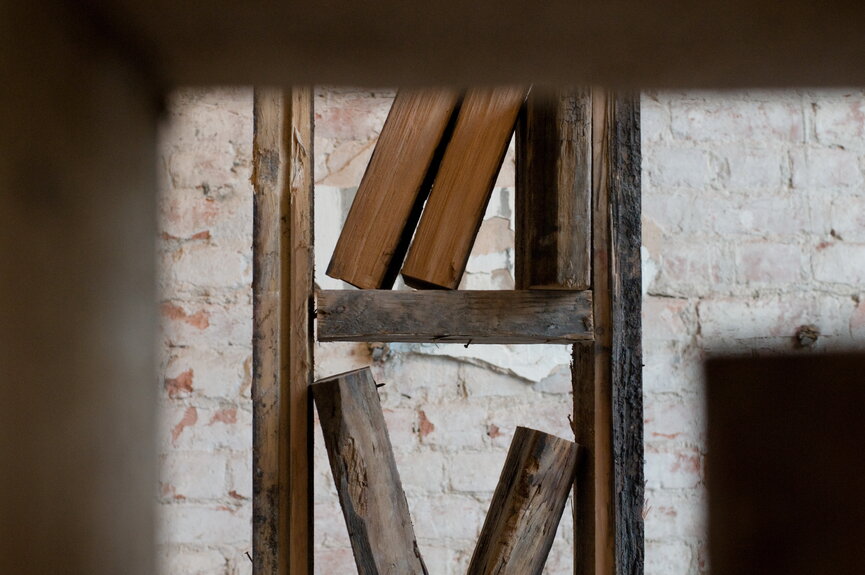 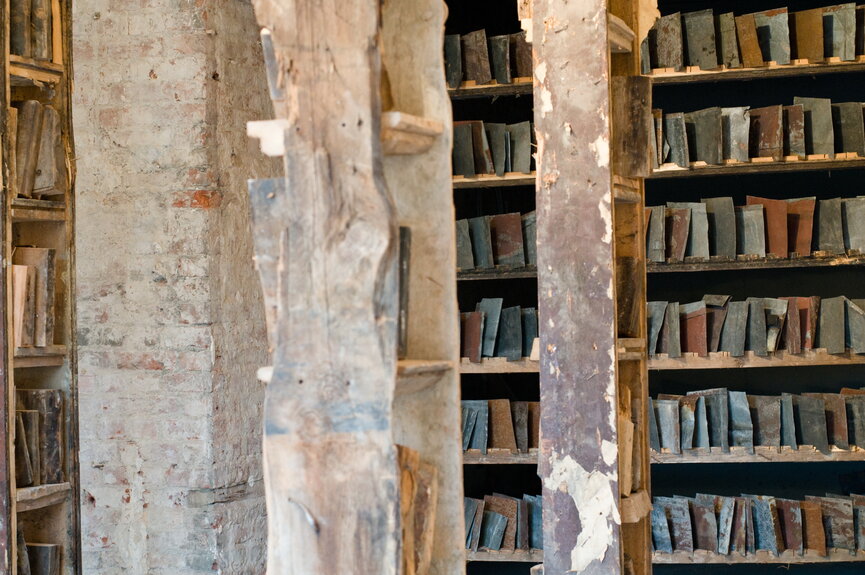 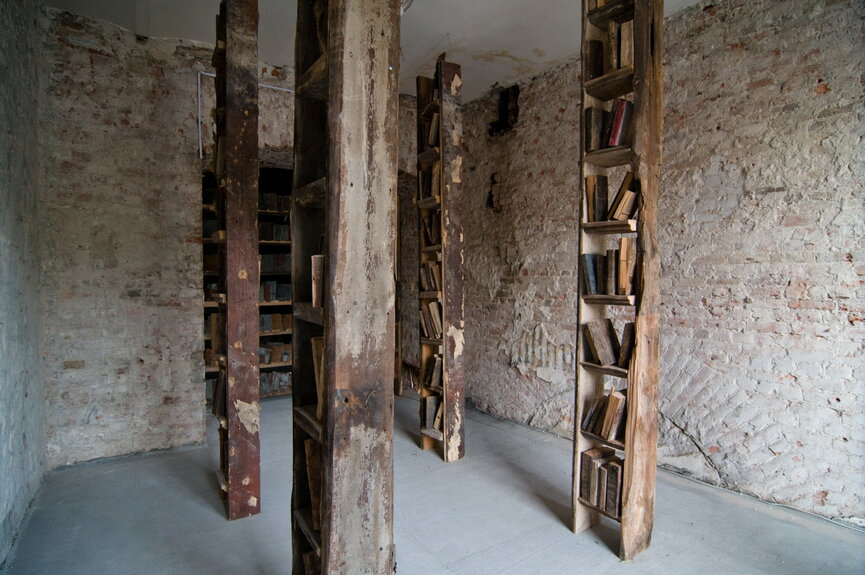 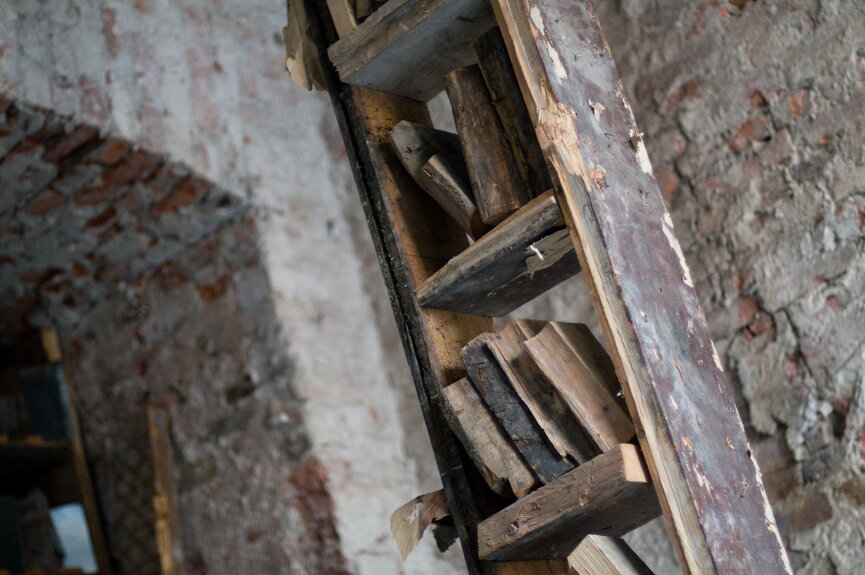