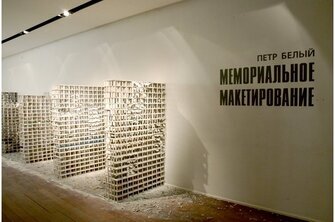 Peter Belyi graduated from Camberwell Collage graphic department. Being aknowledged as a graphic artist, (he became a member of The Royal Society of Painter-Printmakers (UK) in 1999), he came back to St. Petersburg and started his work under the huge project which he called "Memorial Modelling". The term itself is based on duality. "Modelling" is a term usually applied to the future. Model as model for the future. Aspirations for the future and an inability to realise them in the present lead artists to create models. Moreover, in a time of utopian hopes, artists not only design future towns and cities but perceive their painted canvases as potential technical projects and designs.

Unlike the avant-garde artists of the 1920s who took up architectural modelling, however, in his 'memorial modelling' Peter Belyi looks not to the future but to the past. Hence the paradox: backward-looking modelling. Memorial modelling reviews history, deconstructs it, looks at it closely with an awareness of its doomed hopes and irreversible disillusionments. Modelling, a concept so closely associated with the idea of progress, looks to the past in the work of Peter Belyi.

Memorial modelling commemorates the last utopian project of the twentieth century, that of the 1960s. A time of youth revolutions in the West, it also marked the start of mass culture and a society of all-out consumerism. Soviet reality of the 1960s meant mass housing and no sign of divergence in a world of homogeneity and standardisation. Strange as it may seem, it is those very disillusionments that are transformed through memorial modelling into the object of nostalgia. The installation "My Neighbourhood"(2005) recreates a standard urban Soviet housing-district model of the 1970s, with a school, a polyclinic, an art school, nine- and ten-story apartment blocks, then built using rapid panel-construction methods and here recreated by the artist using photographic slides. Some of those slides are lit, like windows in a sleeping building. Every illuminated window allows us to look within, deep into memory, through slides showing life back in the 1970s.

In the installation "Memorial Modelling" ("Danger Zone"), the artist deliberately degrades the traditional subject of romantic ruins to the form of technical, post-industrial ruins. His chosen material is plasterboard, itself inherently disposable, intended for single use, decorative, something only for the here and now. After the exhibition such an object can only be taken to pieces and thrown away, fully reflecting the principle that lies behind contemporary architecture, an architect that foresees no re-use.

What we see appears to be old models, with lost details, covered in spilt paint, partially destroyed. Standard-plan buildings that were intended to make life modern, contemporary, rational and just, proved to be a punishment for looking only to the here and now, for short-term thinking. Nuclear sarcophagi, zones of alienation surrounded by a mutant forest, the wretchedness and rickety nature of these infected ruins we have left are all understood in this project to be the natural mark left by the current state of society. 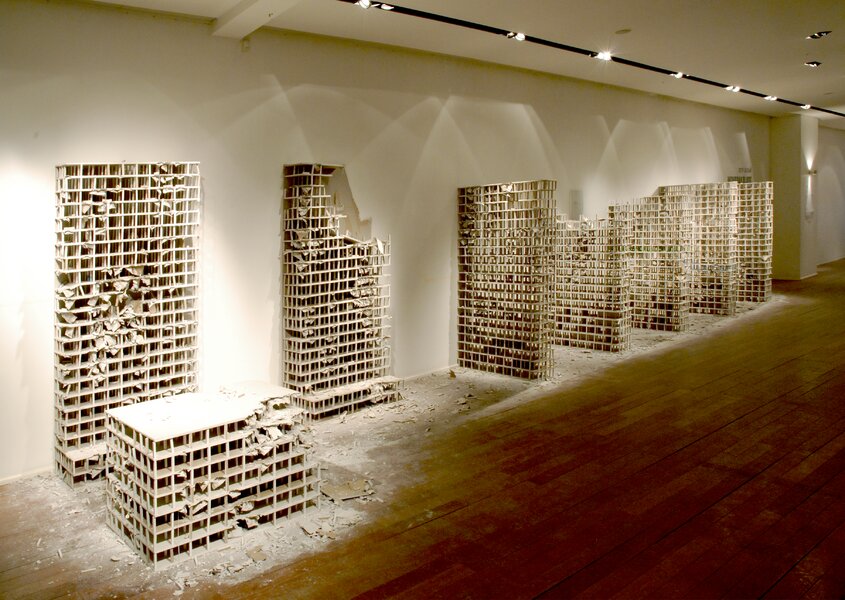 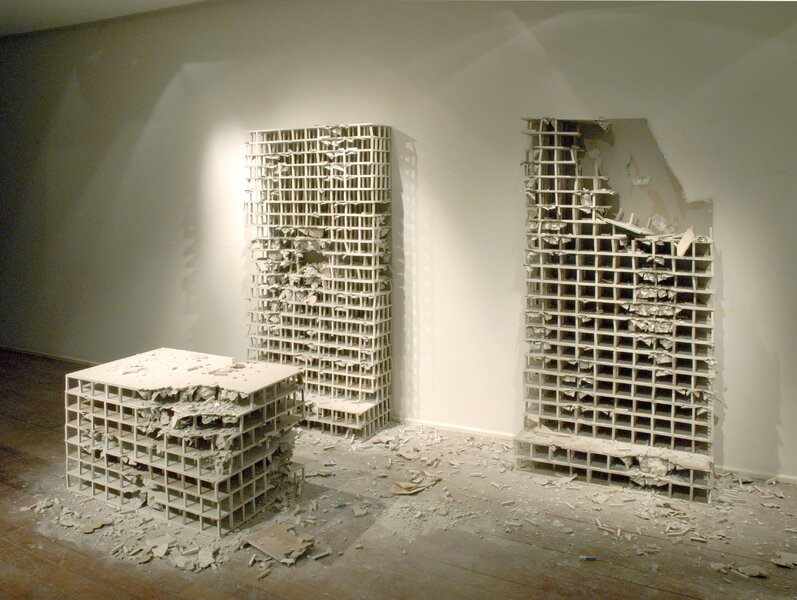 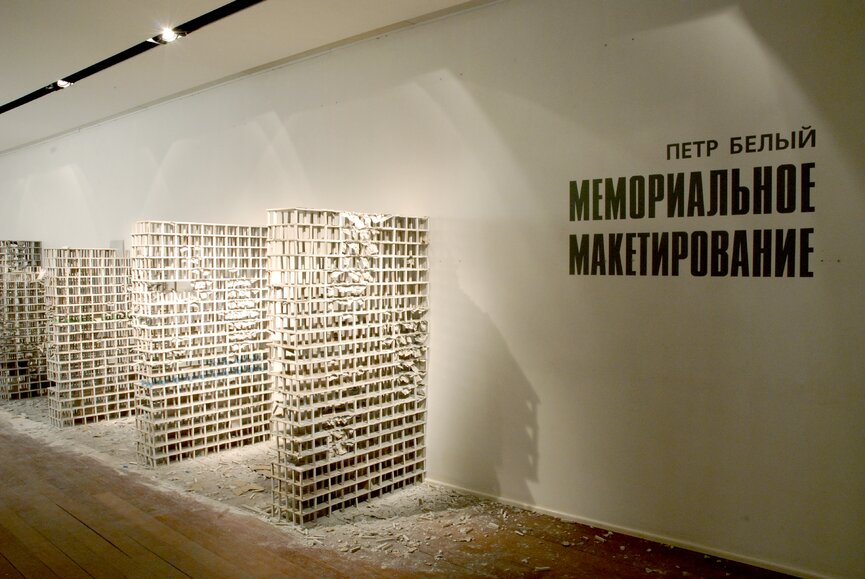 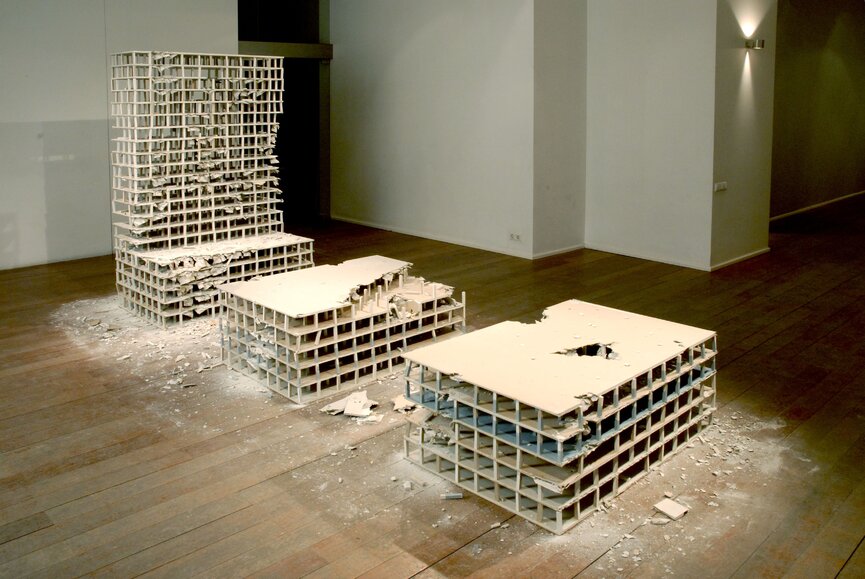