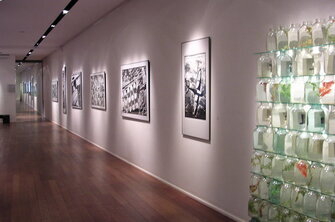 One of the tasks that Peter Belyi has set himself is to change the preconception of printmaking as a conservative and traditional art form. He achieves this aim by experimenting with format and media and finding new and more unusual ways of exhibiting graphic prints. Belyi has tried a number of ways to create large format prints. At first he rolled his engravings with a lawn roller and eventually he built a special printing press at a factory in Podolsk with a bed of more than 2 square metres. In order to bring printmaking into the sphere of contemporary art and moreover to make it a part of contemporary life, Peter Belyi has exhibited his works in a fashionable café (a project for the ‘Ché’ café-club) and in trendy shops, he has even printed his works on t-shirts and price labels (a project for ‘Extra’ – both in 2002).

The project presented in the Gisich Art Gallery gives the viewer an opportunity to see the creative process that leads to a work of art, including a printed work. The space of the gallery will be transformed into a model of the head of the artist. Upon entering the gallery, the viewer will find himself inside the consciousness of the artist where already formed ‘ready’ ideas, jostle alongside hazy images of works in progress. Real, ‘serious’ prints are hung, framed, on the wall as appropriate in a serious gallery and they intermingle with installations built from 3 litre glass jars where working photographs (sketches for the exhibited works), x-rays, cuttings from glossy magazines and other scraps gathered daily by the artist for use in his work can be seen refracted through the glass jars. In this way the viewer has the opportunity to see the process of creating a work of art from preparatory sketches to the final work, from photograph and drawing to the completed framed engravings.

The prints in the exhibition date mainly from 2002/2003. The themes of these works are airplanes above half-destroyed cities, smoking engines on railway tracks and snowed under oil containers. In these huge black and white engravings with all their coal and smoke, Russia is presented as a country of heavy industry and the military-industrial complex, a country that is like a heavy and clumsy mechanism full of menace and secret power.

The traditional genre of self-portrait takes on a sufficiently whimsical form in this exhibition: the viewer is offered an entry into the head of the artist and a journey through the winding corridors of his mind where, from time to time, the intrepid traveller bumps into an old bath with cracked enamel in which photographs float or a glowing pile of rubbish…. The idea of the dictatorship of the viewer is taken to its logical conclusion. Everything is permitted to the viewer, even to enter the holiest of the holies, the head of the artist, the secret laboratory in which, like the chemical retort of the alchemist, ambitions, passions, plans and ideas are boiling. 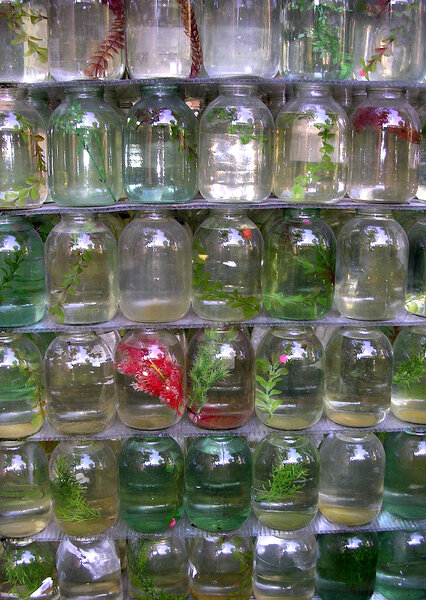 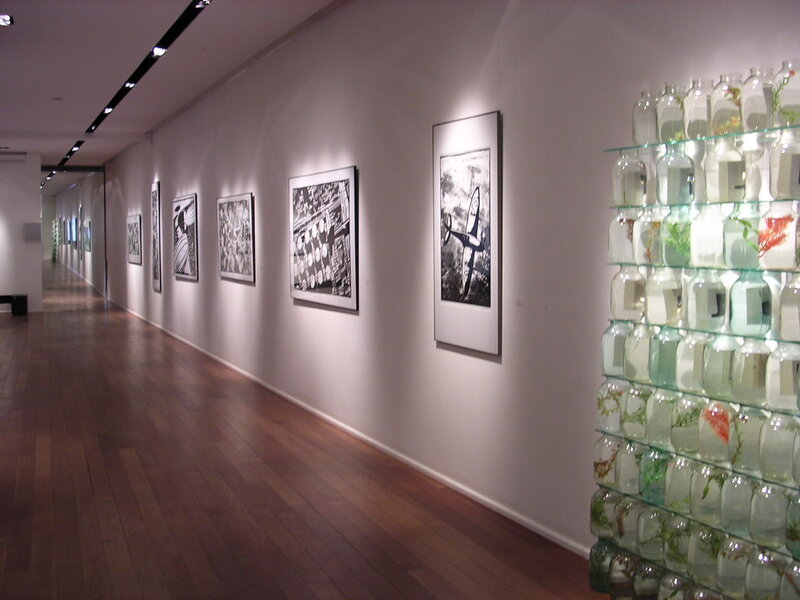 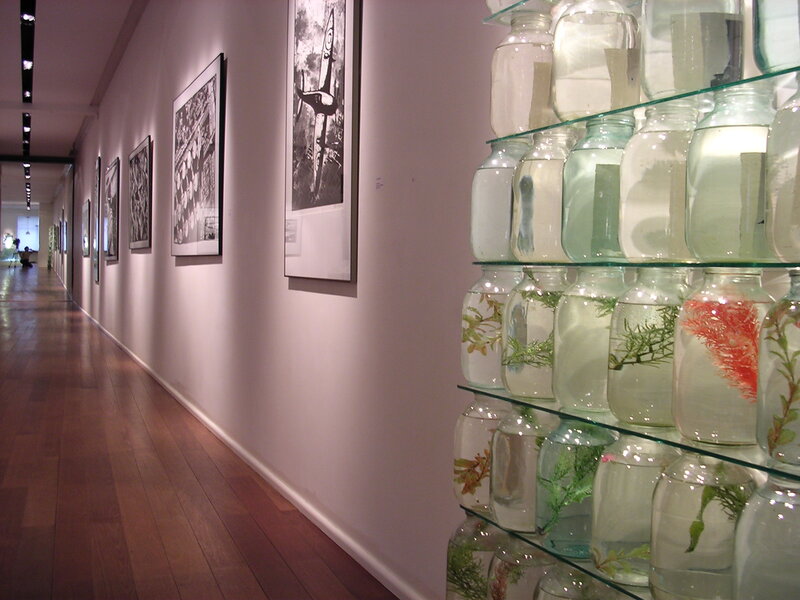 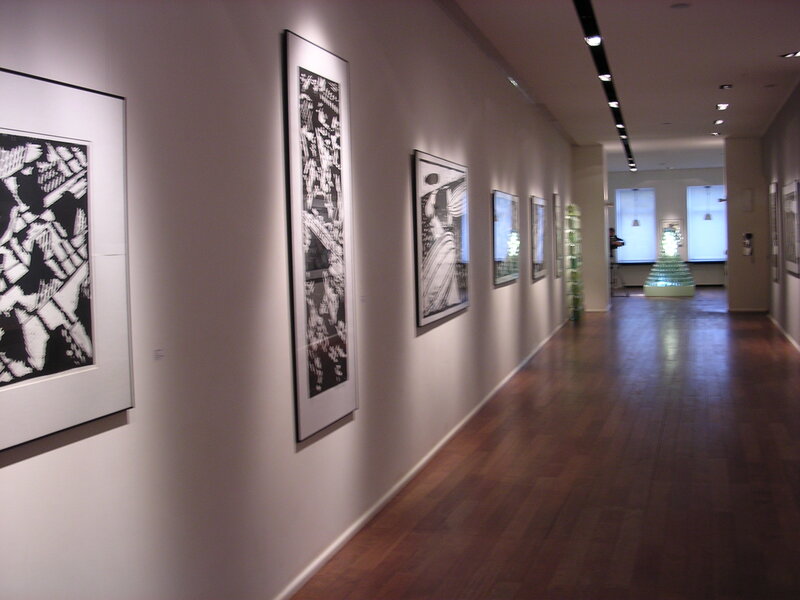 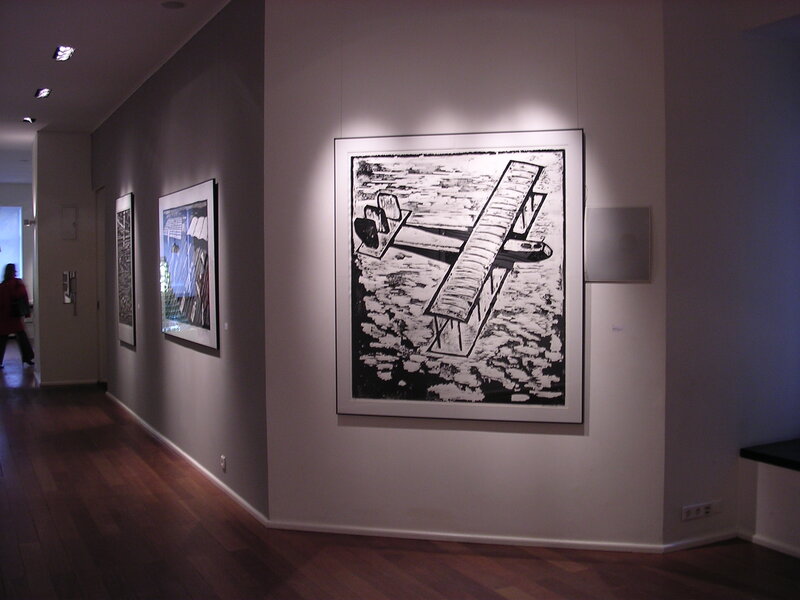 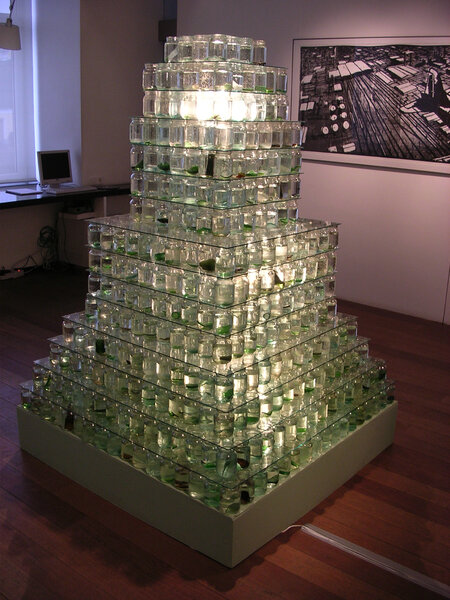