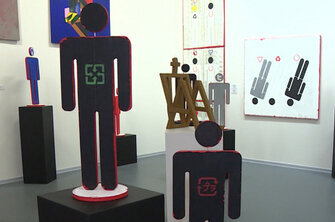 The name of the exhibition, at first glance, refers to the work of animators. However, we are not talking about cartoons, but about the animation language itself, which now often replaces the language of traditional figurative art. The language of animation is not a dialect of a professional corporation, but the main visual means of communication of our time. It operates in computer interfaces, in the field of public transport, occupies space in the "big" cinema.

The concept of "animation" gradually replaces some meanings with others: now it is not often remembered that "anima" is the soul, but everyone knows the "animator" who helps to spend leisure time. This profession is equally in demand in kindergartens and corporate parties. However, the animation function can also be viewed from the other side: its task is to use images to unite people who speak different languages. In 1978, Yuri Lotman predicted the strengthening of the role of animation, because it allows you to imagine a picture of the world full of heterogeneous elements fused in a new synthesis.

"Mechanicus" is associated with the tradition of mechanical automaton dolls imitating humans or animals.

"Animators" also initially turn to the historical prototype – the work of the "New Artists" of the 1980s, who masterfully expressed themselves in the language of animation, paving the way for the millennials generation. Further, the action of this language is presented in three directions: the art of abstract forms, the art of reality in its social and ecological dimensions, the art of fantasy and cosmism.

The motif of the "man–scheme", which originated in the art of the avant-garde, has now turned into an effective and effective way of talking about modern man and his place in the world (anthropological shift, artificial intelligence, the dangers of standardization and unification). In the exposition, this motif is represented by two groups of works. The authors of some operate with stable information pictograms with figures as a kind of readymades, the authors of others create their own characters using similar principles of shaping. In this way, artists react to changes in the surrounding cultural environment, which today is entangled in visual communication networks, overflowing with symbols and signs. 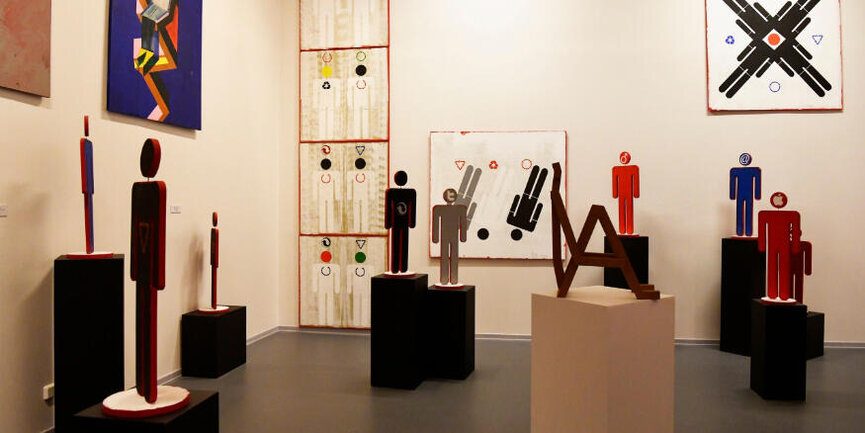