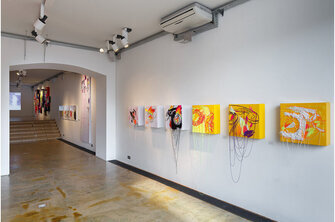 4 September 2014, Marina Gisich Gallery will open a continuation of the “Allergy to Dust” project by Siberian-born Saint Petersburg artist Tatyana Akhmetgalieva. The first part of the project was displayed in March of this year at the State Russian Museum as part of the “Contemporary Drawing” exhibition.

In this series, Tatyana Akhmetgalieva presents new video works and textile motifs in her recognizable embroidery technique. Left alone in the gallery space, the viewer becomes immersed in thought about the present day and tries to temporarily turn off the endless flow of information crashing into his life, but is this possible? The irregular power supply, the intermittent flickering light, the hanging wires of thread, and the “red hot” telephones intrude on his personal space again and again.

For Akhmetgalieva, the lightbulb is an image of bright hope and solitude. It is not by accident that a chandelier lights up our lives, while the tele_phone and tele_vision (from the Greek root τῆλε – “far away”) shed light on the events occurring in it. In the novel 1Q84, Haruki Murakami wrote about how the telephone in a certain sense functions as a time bomb, which is extremely difficult to handle in the stream of information. What are we waiting for and expecting? Sounds and signals reach their targets, often distorting reality, and it becomes nearly impossible to recognize the true meaning of received information in the age of information wars.

Akhmetgalieva’s symbols of Soviet communication and the “red phone” remind us of the “Washington-Moscow hotline” that was opened in 1963 after the Cuban Missile Crisis to enable emergency communications between the enemies during the Cold War. The video with fencers captivates us with each individual pixel. The informational dust that is dumped on us from all sides gradually fills in the cells of our brain, leaving no room for self-reflection or distancing. We lose control over the oxygen supply. An allergic reaction accompanies the return to the past, and the Soviet telephones and televisions surrounding us make us want to sneeze…

Can we cope with receiving signals from the outside world? Public and private, far and near, the struggle ensues inside each of us… 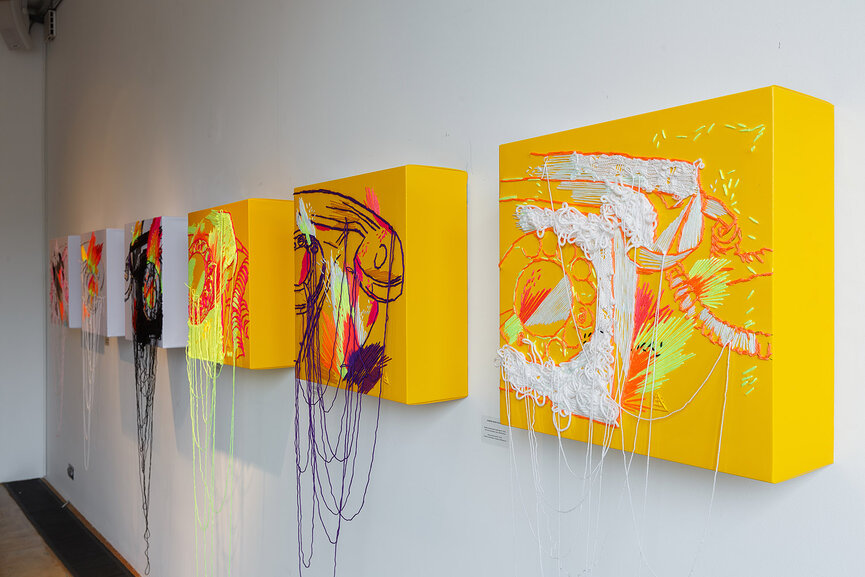 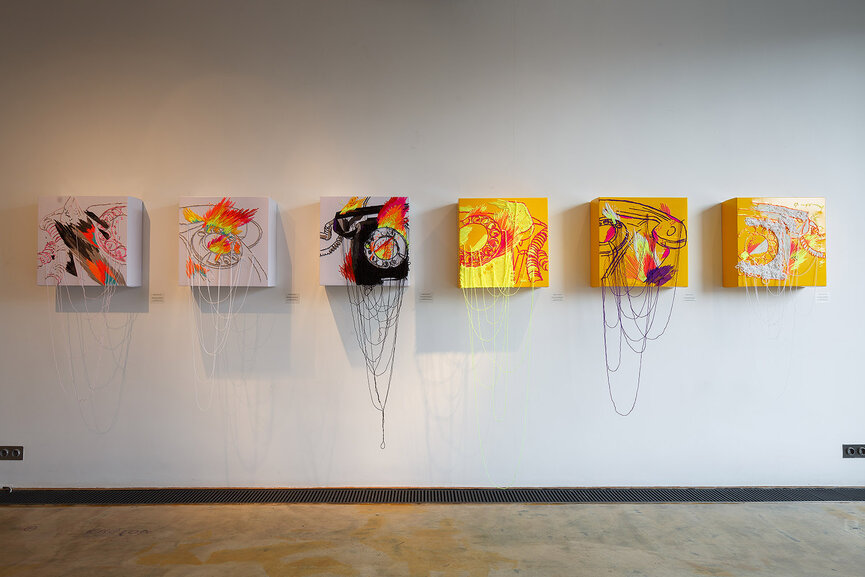 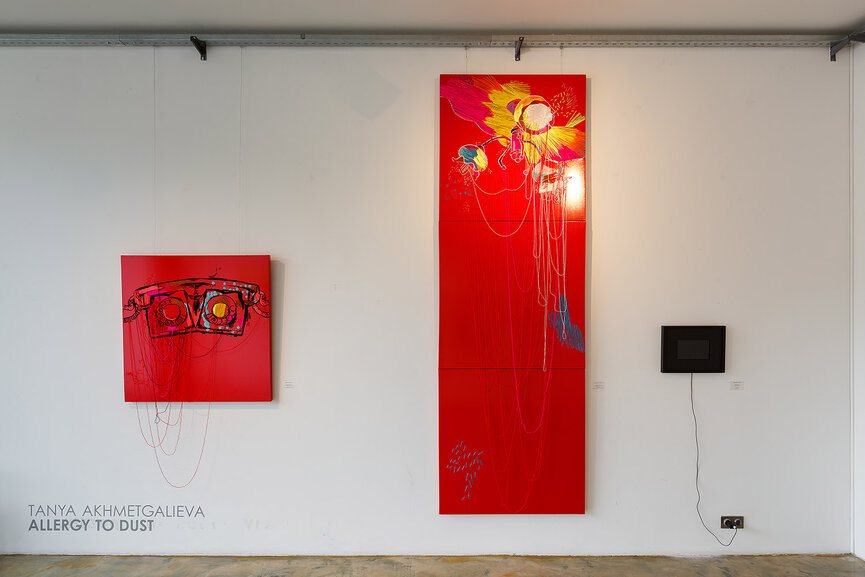 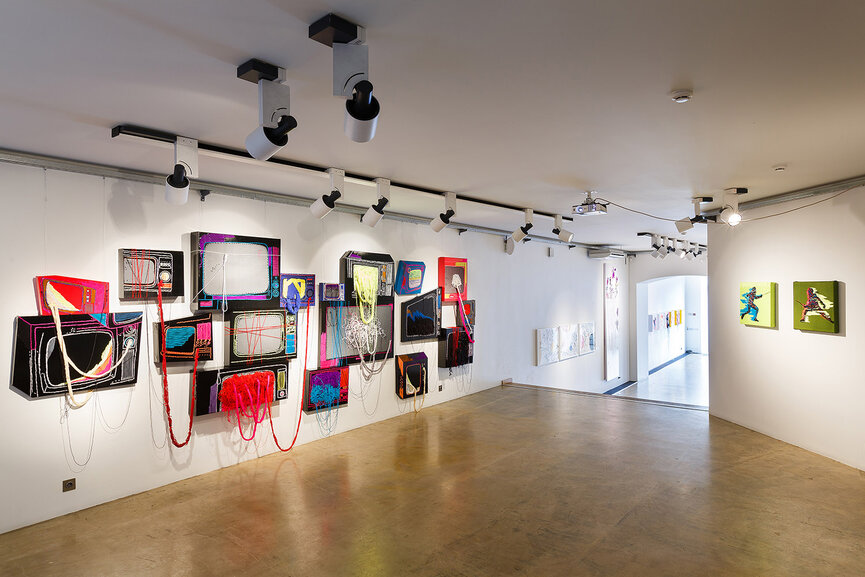 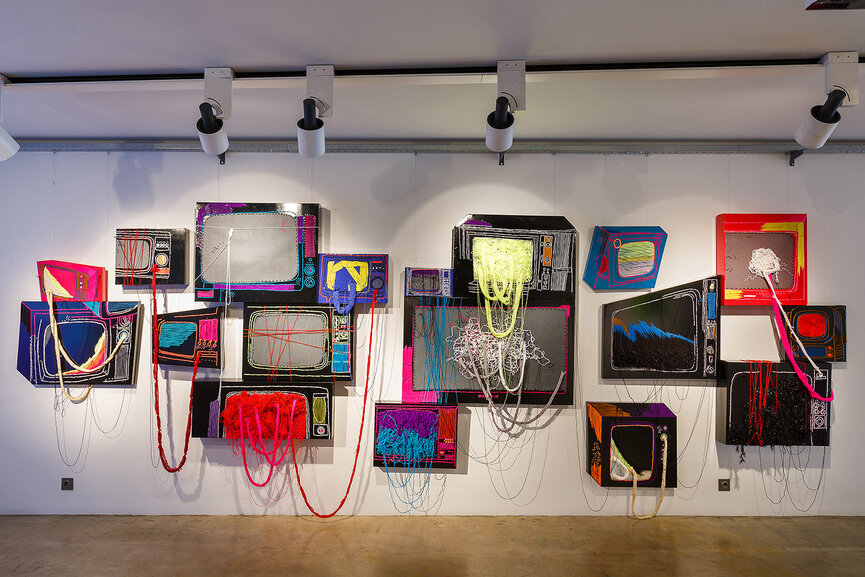 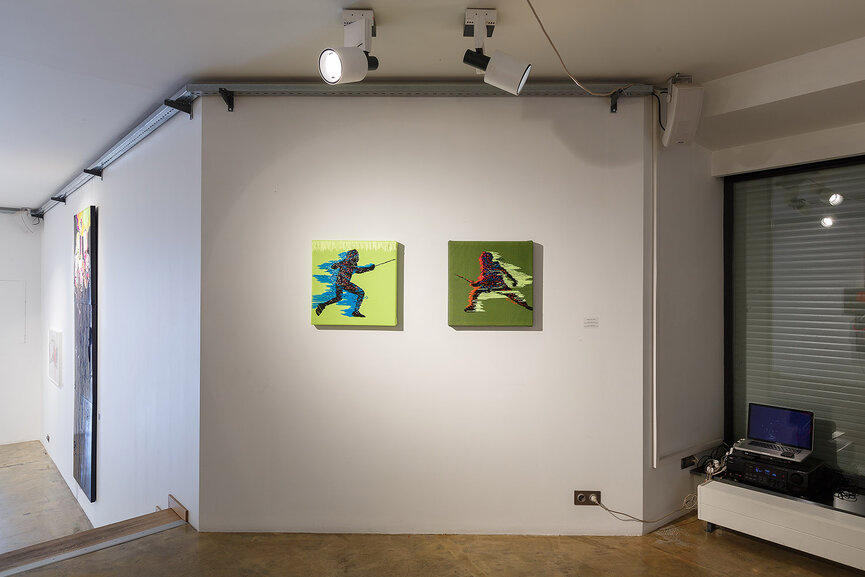 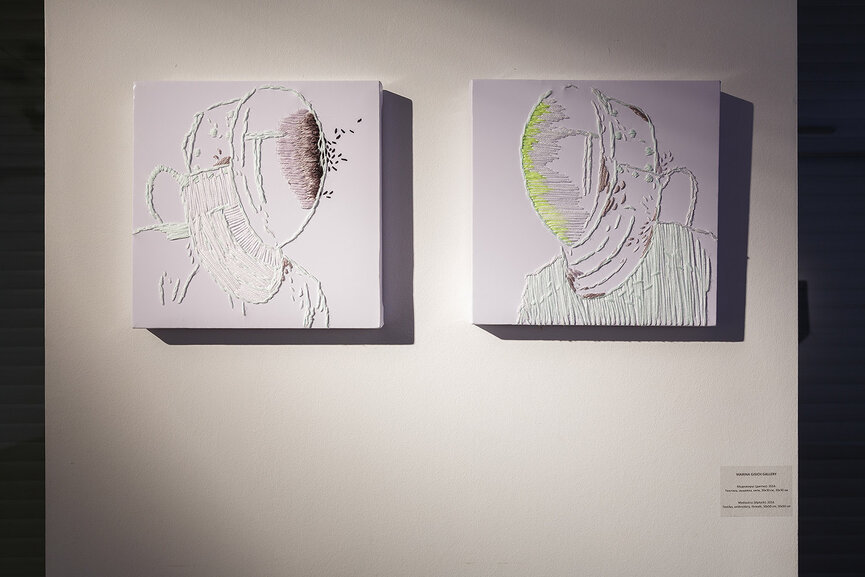 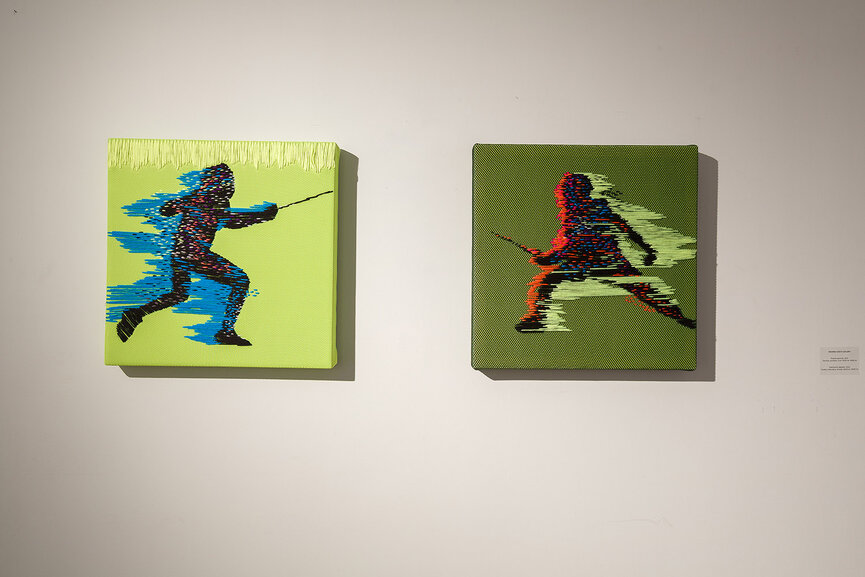 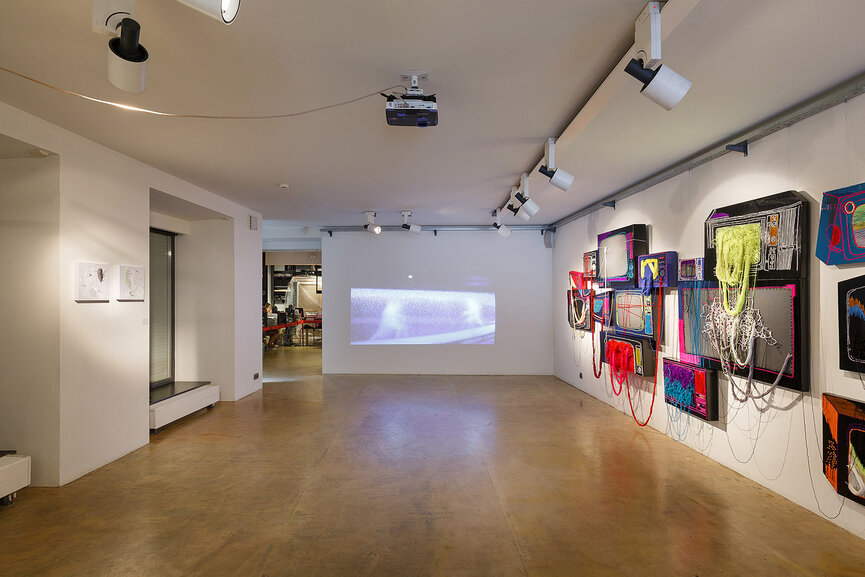 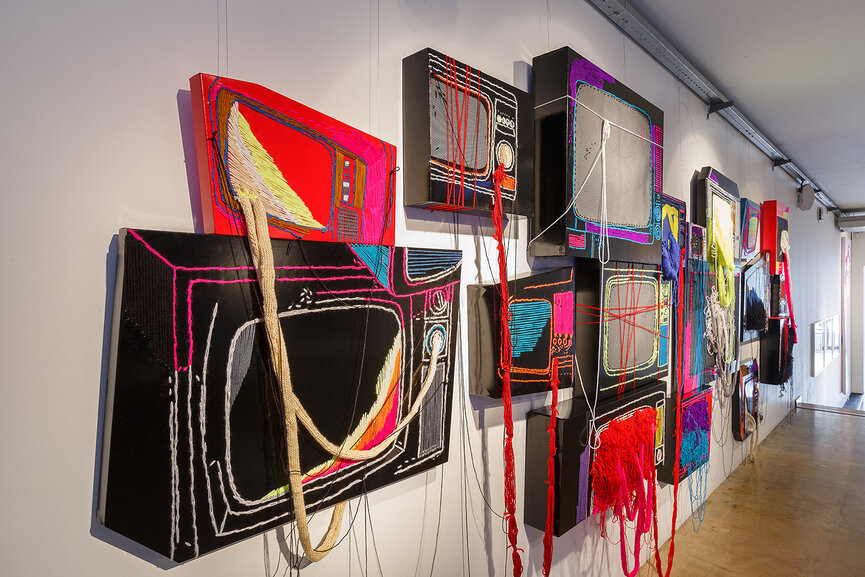 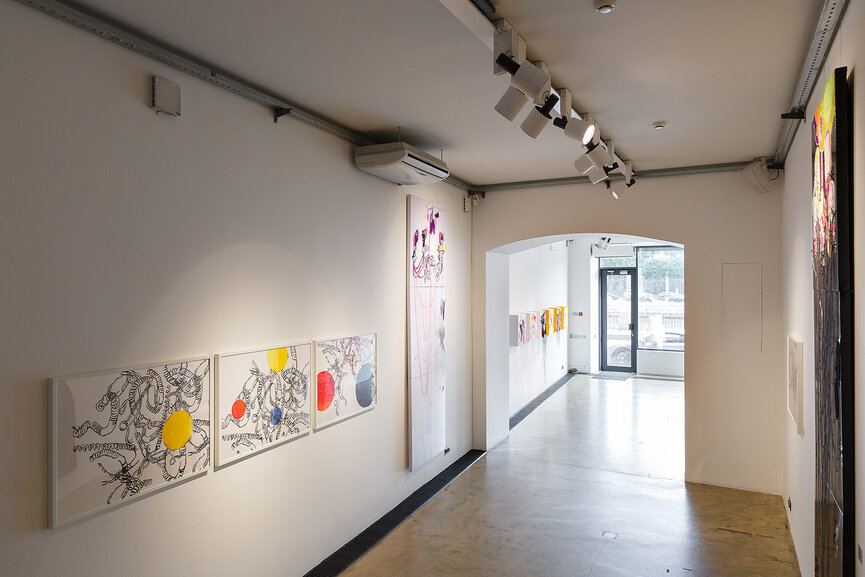 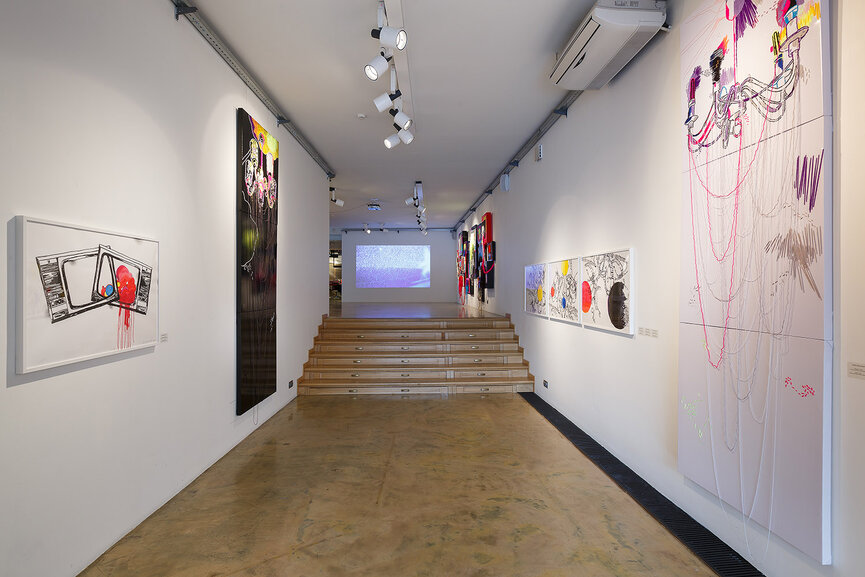 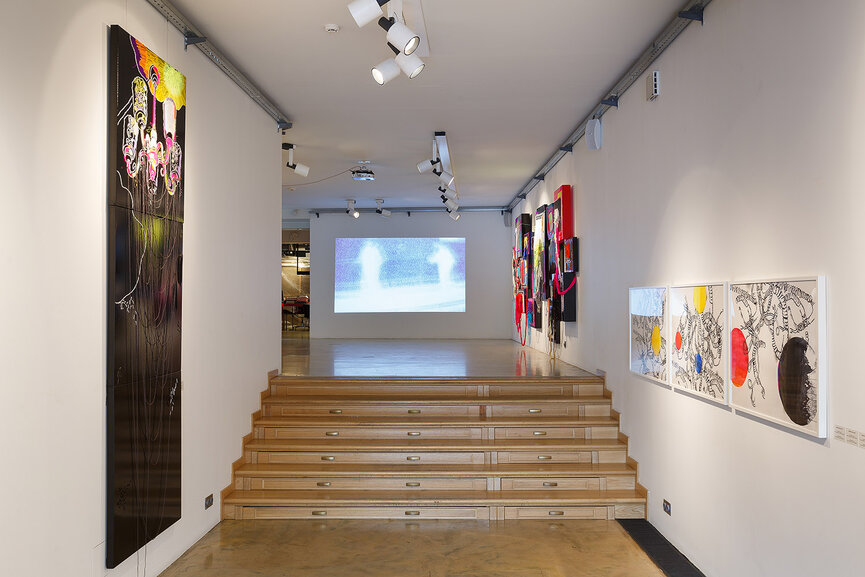 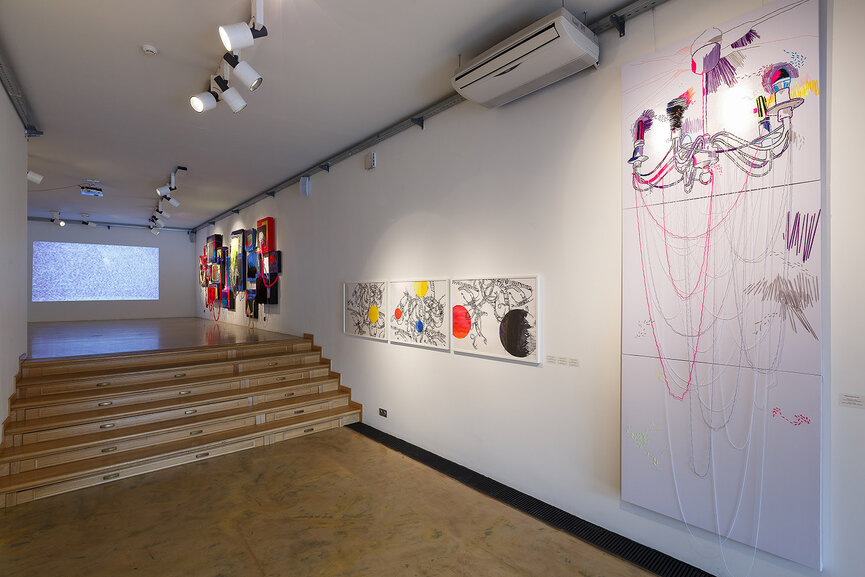 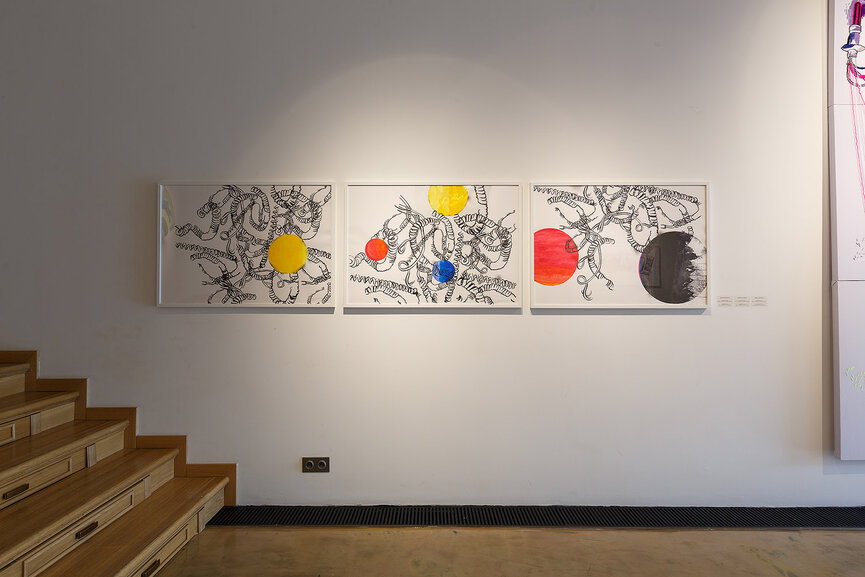 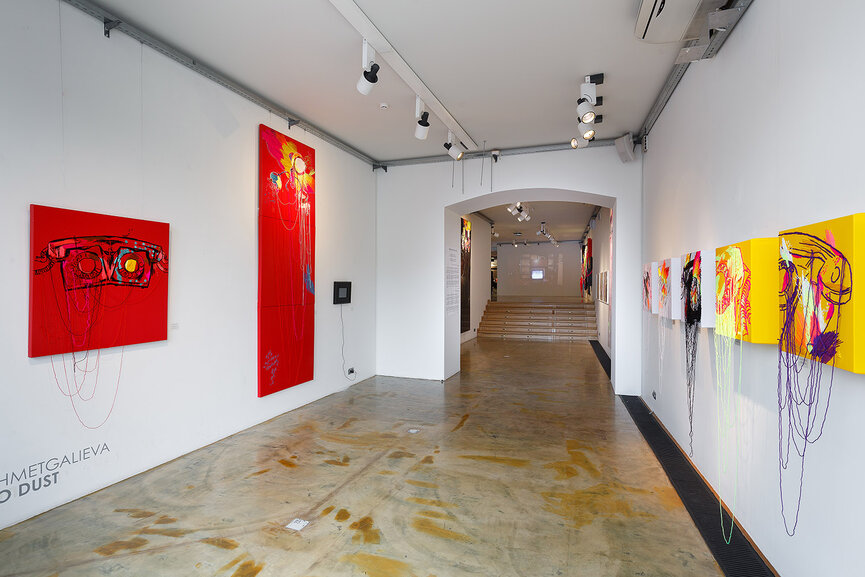 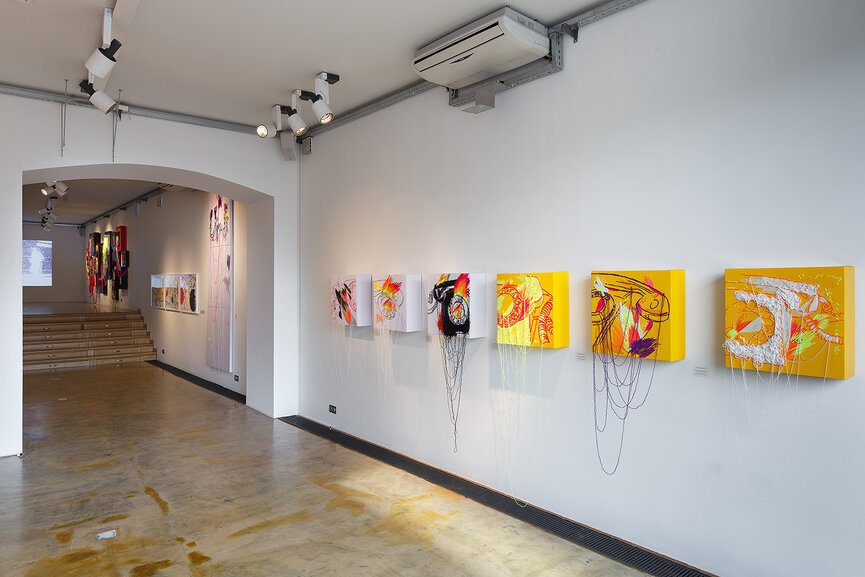