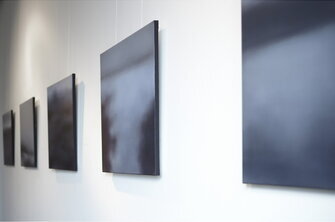 The ensemble presented at the exhibition is called “Places. 1”. The title reflects precisely the fact that behind the paintings stay the impressions-imaginations concerning some places, more or less concrete. At the same time the painting pieces appear here to be inherently the pictures (images, illusions) of some places, not the independent “places” and “material individualities”.

Anna and Aleksey Gan stare into the nature. It is like that personally and even in a dual meaning. They really like vast spaces, lakes, the bay – with the same intensity they are plunged into colors and spaces appearing on canvases. And all

this is nature. Nevertheless, unlike the artists of the beginning of 20th century, they do not expect nature to save us, nestling close to its mother’s breast. Anna and Aleksey’s way of thinking is far from naturalism, vitalism and physicalsim. They think much more about the time and place where they live, about culture, souls and the spirit that wanders through spaces and time. Their landscapes are deceptive; they are not just scenes or images of the elemental nature. It seems that, first of all, we may see here the images of time, epoch or the traces of people’s self-understanding in the certain historical and local but also the global time. If, according to Rilke, nature is a kind of “alien, irrelative, elusive”, so, our artists are peering at something more “alien” and “other”. – I call it “the hard times”. According to the landscape artists who were mentioned by the poet, that they found something relative in the irrelative, the contemporary artists feel the hard times and uncover something their own and leave it, their hard times, beside themselves and go further.

The aim of work of our authors is not the formal or imaginative completeness. The target is to stay inwardly honest to their own feeling, which hesitates and is full of duality; to stay in the borders of one painting as in the whole work.

Paintings by Anna and Aleksey Gan – are the paintings of the hard times, when contrasts between activity and passivity, object and subject have been erased. Waiting reigned, though, it seems that there is nothing to wait for, everything is already here. Each painting is like a prelude; all the working period is just a big prelude and, finally there hides the thought that the whole life is an infinite prelude. The hard times are fraught, but it’s splitting how long the pregnancy lasts.

The paintings by the Gans can not hide it. They are the states, not the events.

Event is coming outwards. It gives a name to the triptych: “Utøya”. It is a tragic, awful event. It has appeared from the very depth of our comfortable world, it is given rise by the hard times. A fan of classical music and movies by Lars von Trier – these are what our artists too and god knows who else now is fond of – the single Norway man with gorgeous face of the Viking strikes on the weekday-officials, innocent youth, on all the established wellbeing under pretence of struggle with the principles of multiculturalism, under the flag of the strong West European Protestantism. But the thing is not in the emigrants who turned Oslo into the settlement of colorful people; it’s in the hard times. This is what pulled Breivik to the bloody business. It is the boredom that screams, as it screamed on Munch’s canvas. Its stuffy, insinuating rocks move along the surface and the space of the two-meter triptych which fills the small studio in Kolomna. It reaches the monumentalism, even the picturesqueness, has a heroic look, but still doesn’t turn into event, doesn’t give any drama. There was no drama, no tragedy on the island Utoya where nobody resisted, nobody struggled, even the “courageous” Breivik.

The source of boredom is, particularly, the monomania, monody and monologism that spring from the “monism” as the boredom ideology. Monism knows nothing new, nothing other, and nothing of the other world. It may be materialistic and spiritualistic, and intellectual, constructivist, that is, finally, the same. It should appear for itself respectable, interesting, and aesthetical, otherwise it fails.

I experience the paintings by Anna and Aleksey Gan as the landscapes of the day before, on the eve of the event, maybe, as the landscapes before battle. But there is almost no hope for the clarifying storm. The picture may change in a moment: sky suddenly will become light, clear and then “Places. 2” will appear. For the present we have Utøya only – loss, false report, swamp and utopia, something swirling and shaggy, quilt horizon and durée, longue durée …

“Time graces, the hard times make older”, - people said in the old times and, surely, they were right. Nevertheless, such a deep experience of emptiness that I should state in painting by the Gans, makes itself open for the unpredictable, promises us the chance of new time conception. 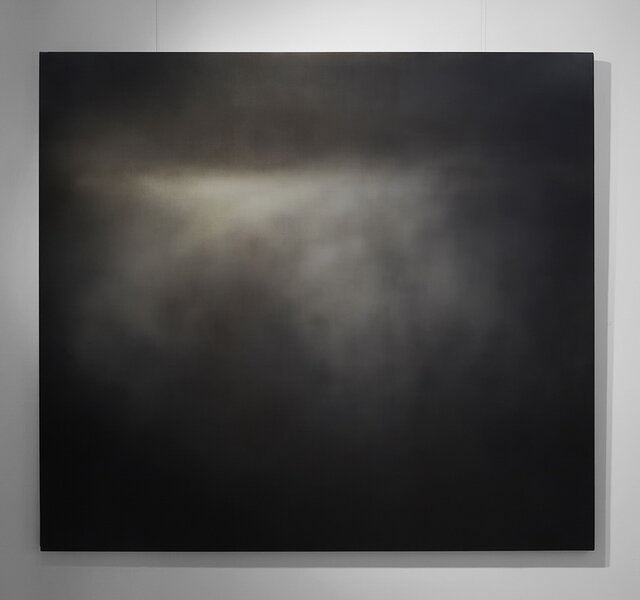 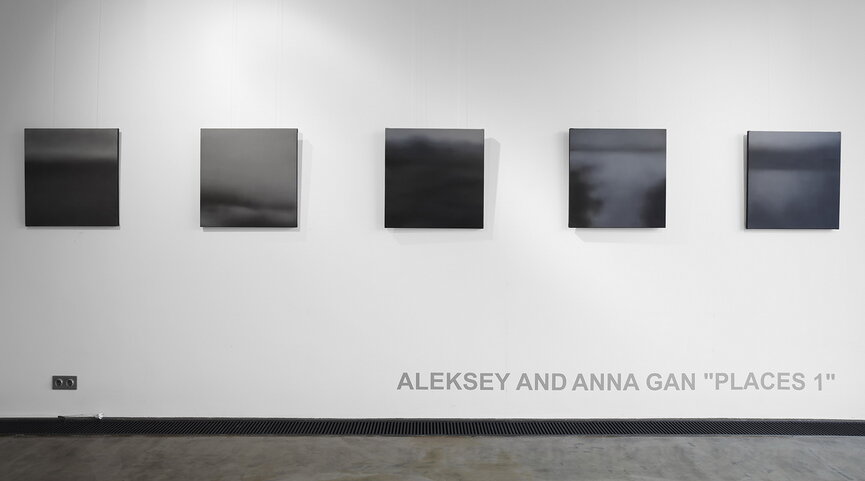 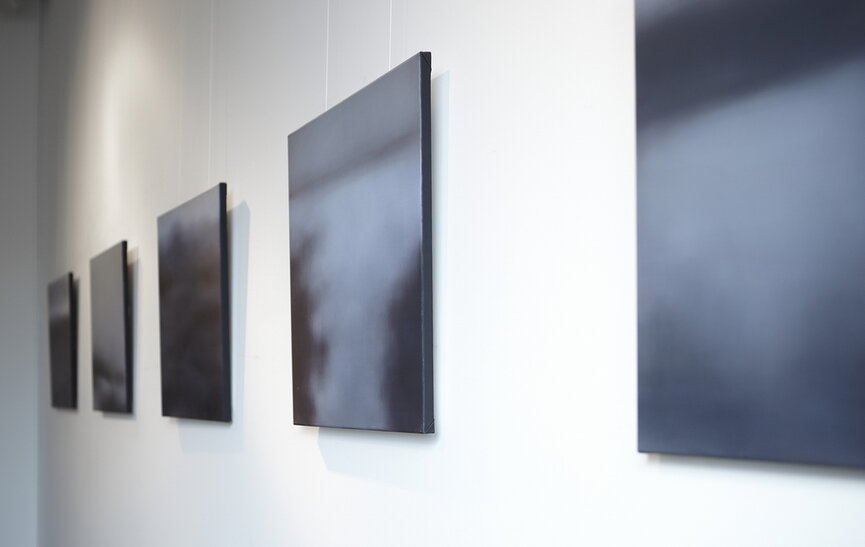 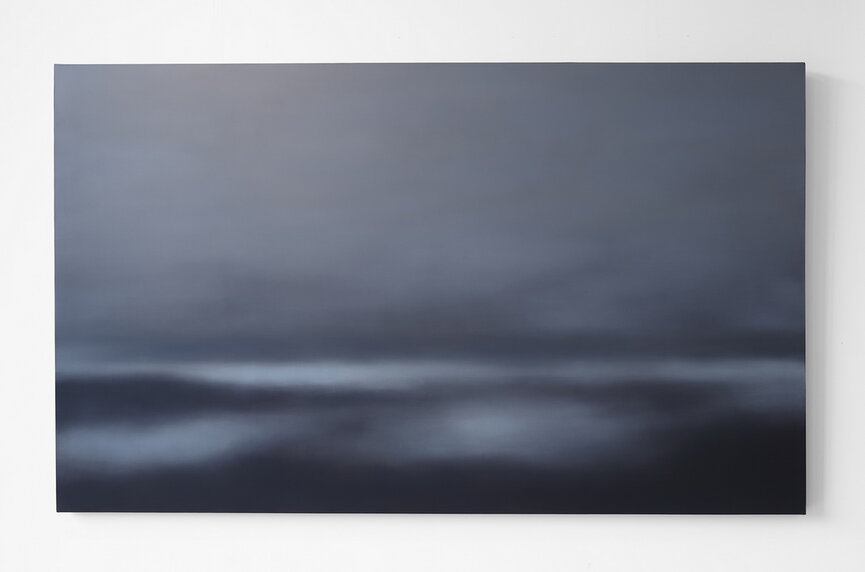 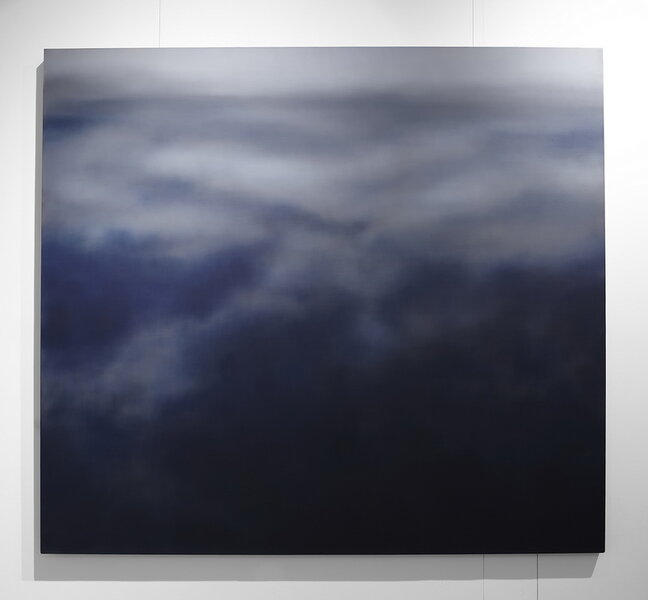 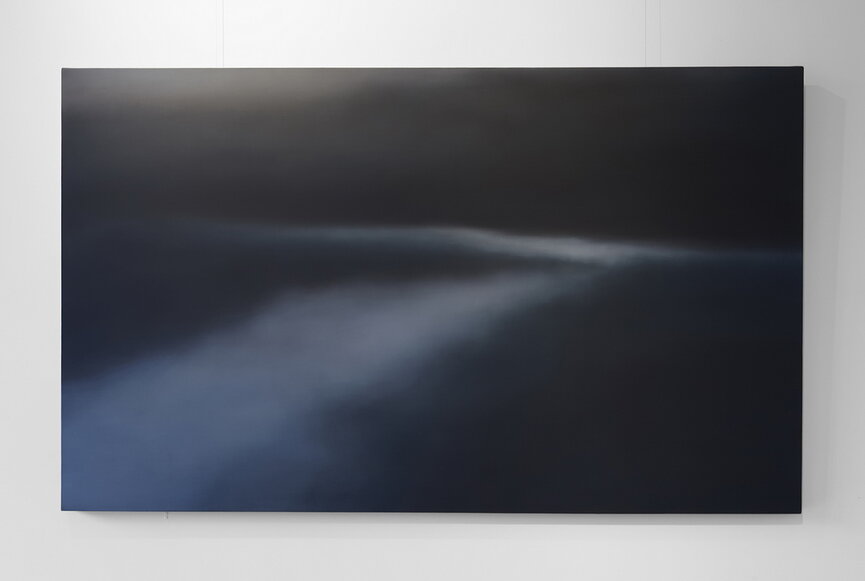 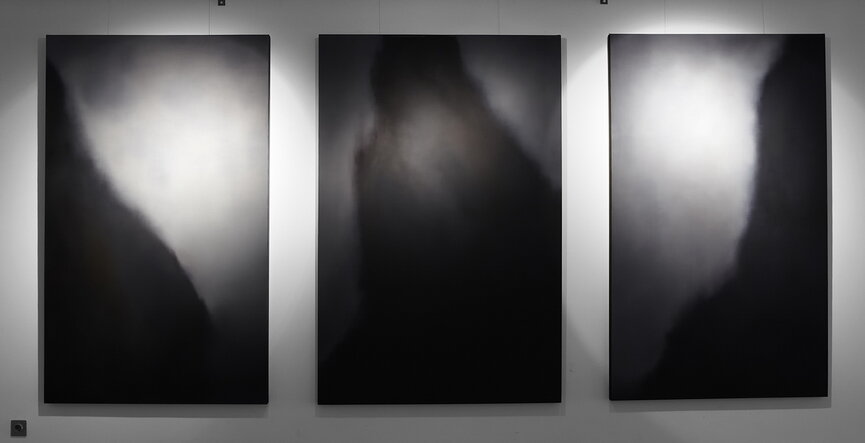