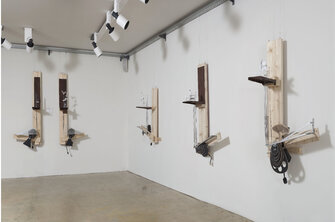 It’s not for nothing that theatrical artist and set designer Alexander Shishkin took on the pseudonym “Hokusai” for his projects in contemporary art galleries. The mask of Japanese classicism does not match Shishkin’s creative physiognomy in even the slightest way, which frees him from expectations that have accumulated due to his main work. His pseudonym, obtained by appropriation, starts with the letter H (“X” in Russian), which is also significant; Shishkin’s fellow-native, Daniil Yuvachev, also made up a new name for himself – Harms – starting with the same letter. His kinship with Harms, the founder of the Union of Real Art (OBERIU) is evident in Shishkin-Hokusai’s inherent sense of the absurd. At times, his constructions resemble illustrations to Harms’ prose: everything is running, flying and jumping. As in Harms’ case, choosing a new name changes the author’s ethnic affiliation, letting him peer at his chosen playground – contemporary art – as if from behind a fence or through a lorgnette, like a visiting foreigner.

This is not to say that the artist’s methods are completely alien in current art developments. Shishkin-Hokusai has at least one predecessor who cultivates the theme of the theater of the absurd using this type of mechanism – the South African William Kentridge, who started his journey as a professional artist by working in television. However, Shishkin-Hokusai’s constructions lack a political subtext. Kentridge muses on broad themes – equality and totalitarianism. The Petersburg artist, on the other hand, submerges the viewer in a magical realism entangled in folklore and anecdote. In this sense he carries on the line of World of Art artists Nikolai Sapunov and Stepan Sudeikin, who take regular excursions into symbolic Folk territory. The simple mechanism of Shishkin-Hokusai’s installations seems like a distant relative of the carousel painted by Sapunov. 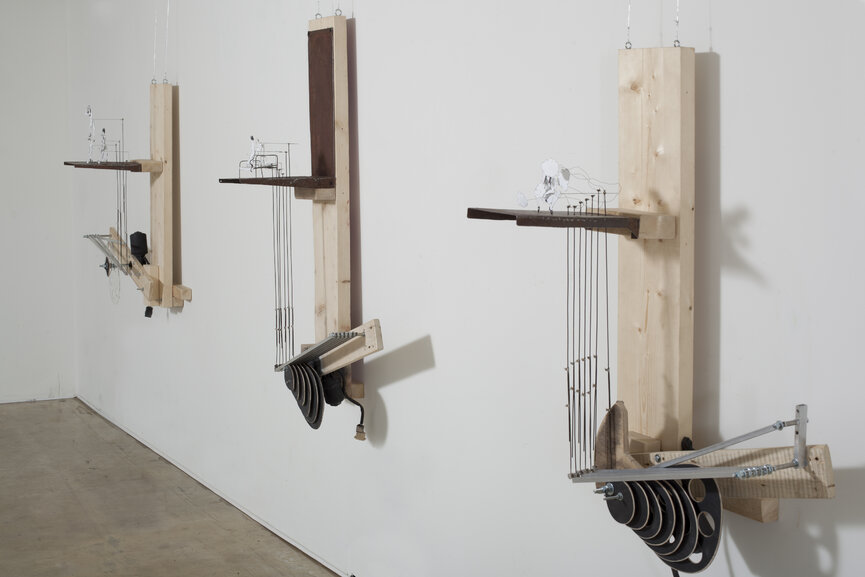 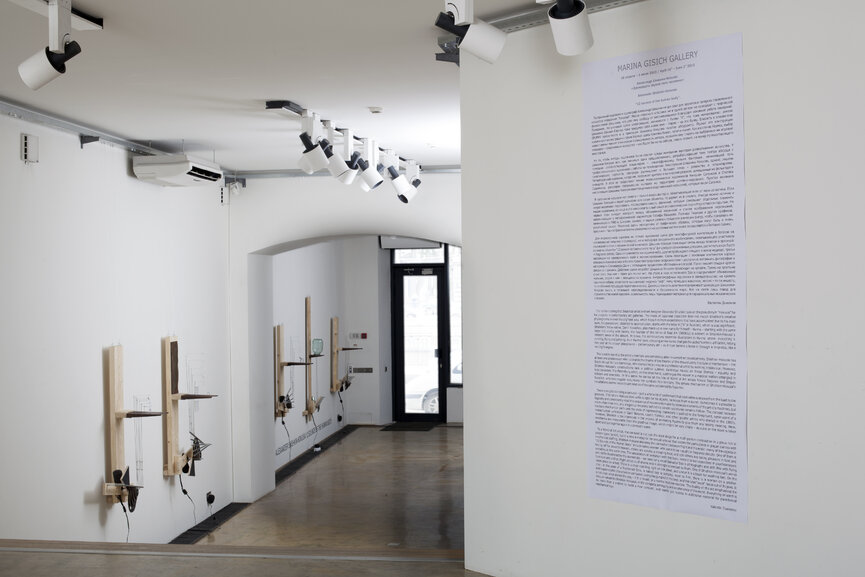 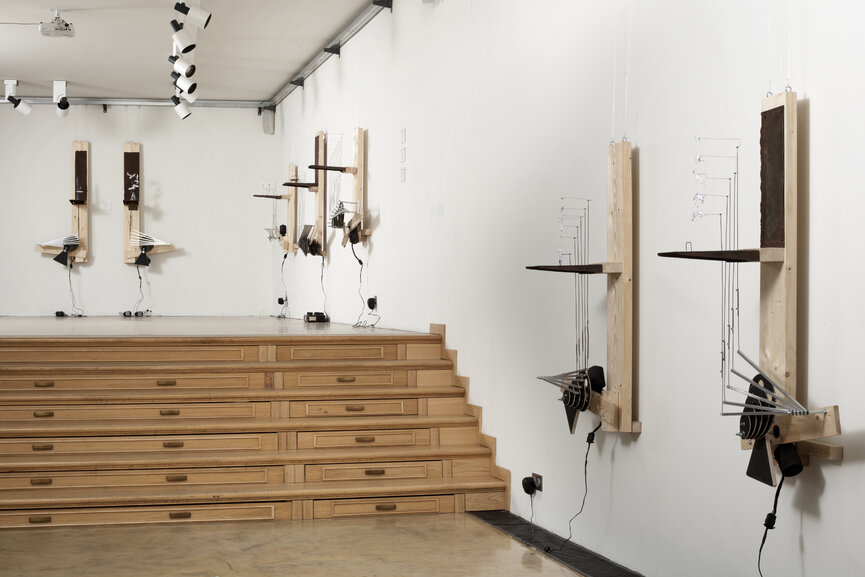 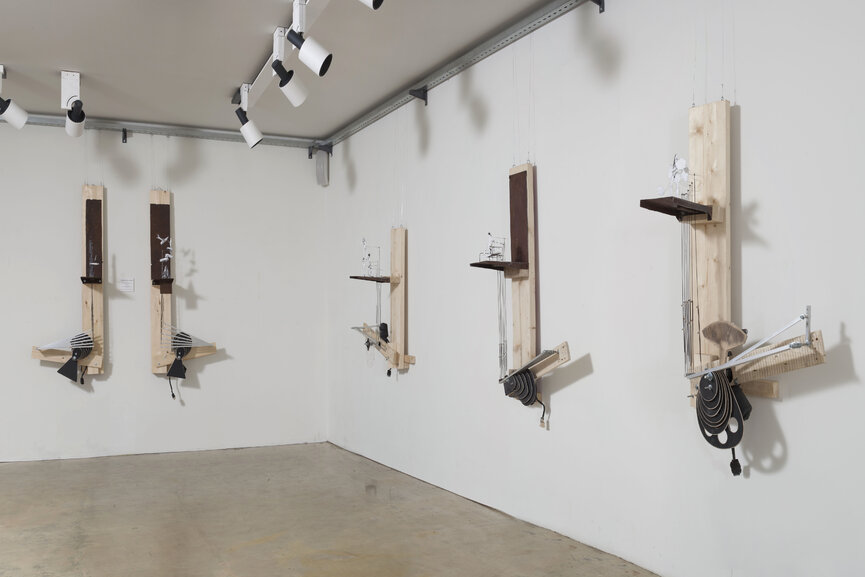 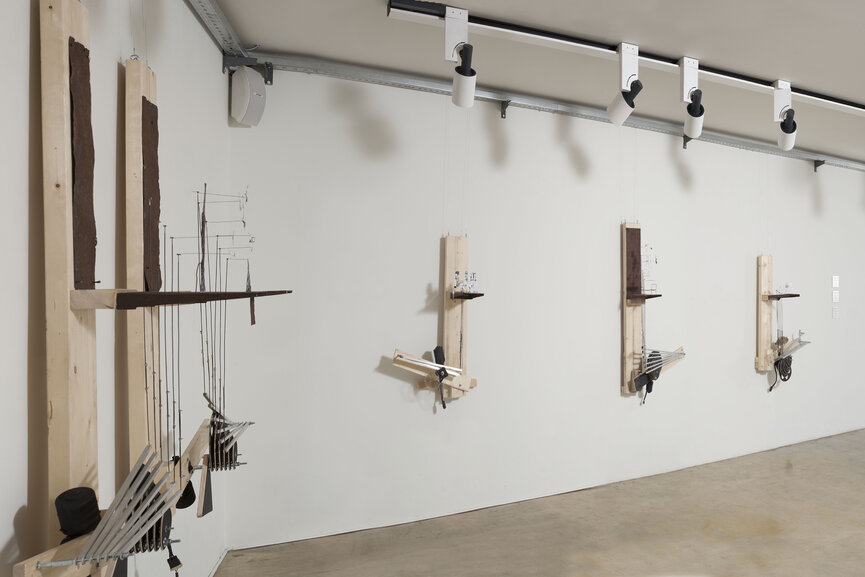 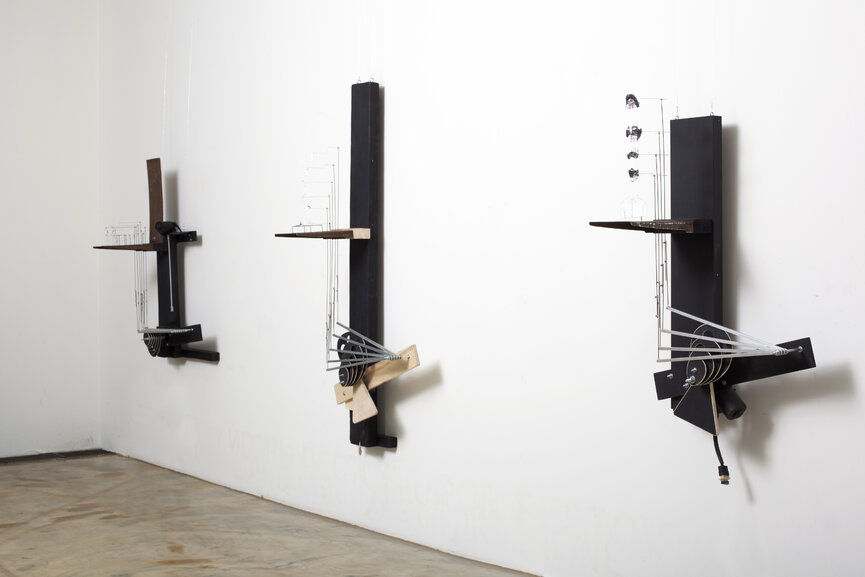