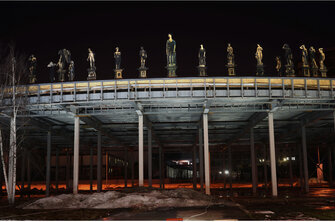 Watcher is a project by Alexander Shishkin-Hokusai shown at Triennial of Russian Contemporary Art in Garage Museum for the first time.

“For this installation we have chosen the roof of the former exhibition pavilion designed by Shigeru Ban in Culture park named after Gorky. It became the most important step for me in creating the big project “Summer Garden in Tokyo”. My plywood sculptures and temporary building made of cardboard coincide with architectural idea of transforming remains of former museum into antique temple. The theme of the empty museum. Rhythm of an empty Shigeru Ban framework and odd plywood sculptures  (placed along the whole line of the attic) create an image of line of  gods leaving and moving in cycles. Obviously, here in this project I have been working with the common motif of endless procession of sculptures placed on the facades or roof of the buildings. You can also notice the echo of Hermitage roof sculpture group. This reveals the idea of the culture connection between two cities? Saint Petersburg and  Moscow.  For me, sculptures, which are placed on the roofs, transform into eternal watchers looking after us like security cameras or guards on the platform”. – Alexander Shishkin-Hokusai. 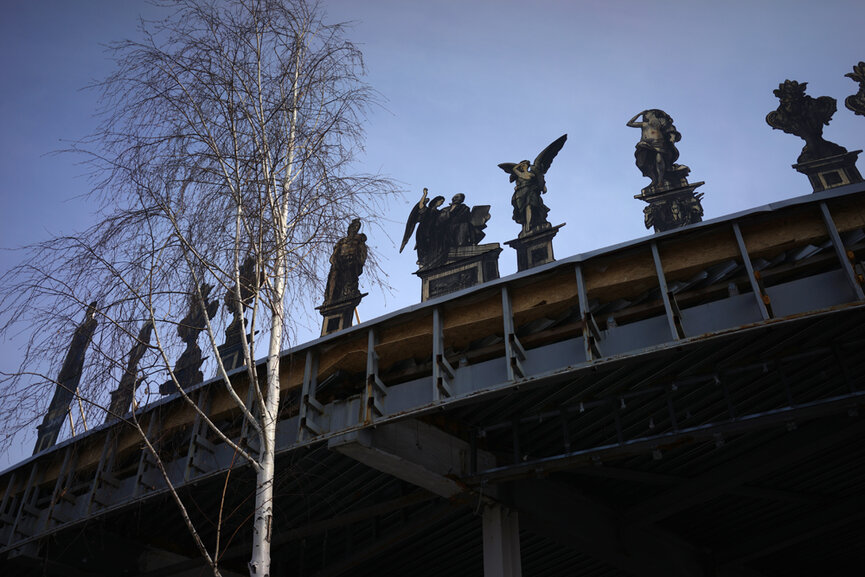 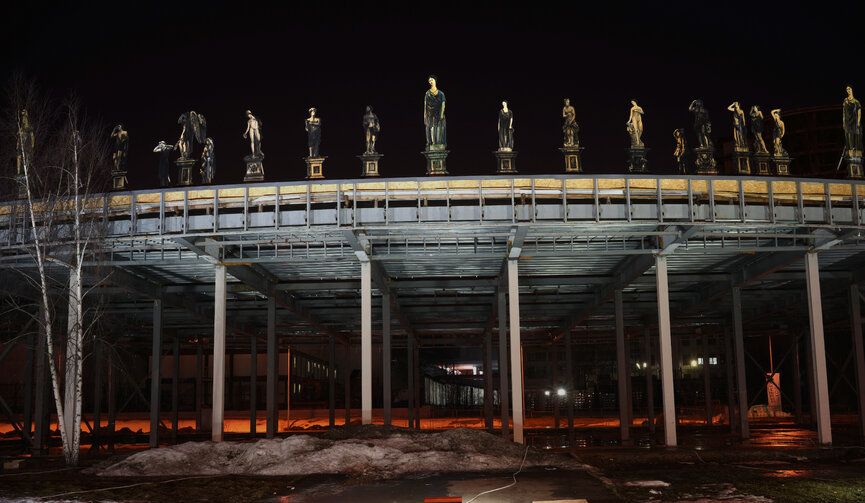 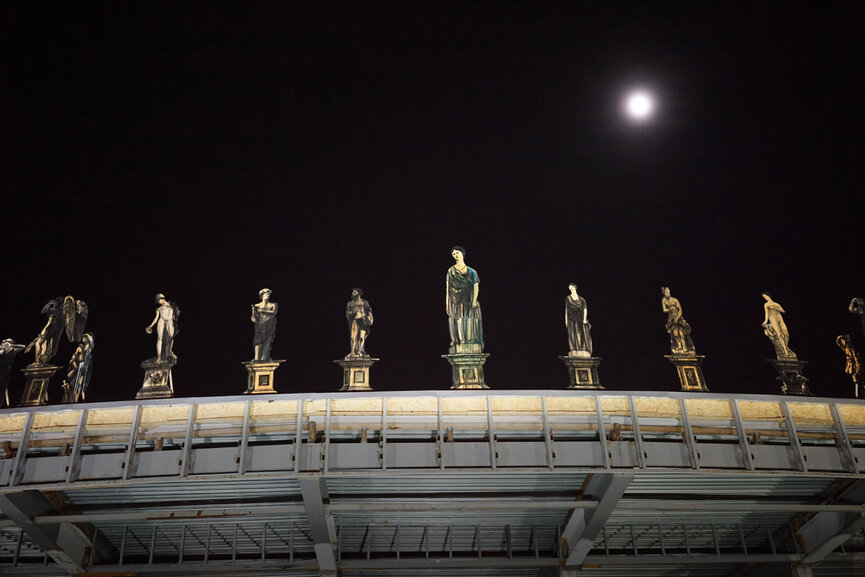 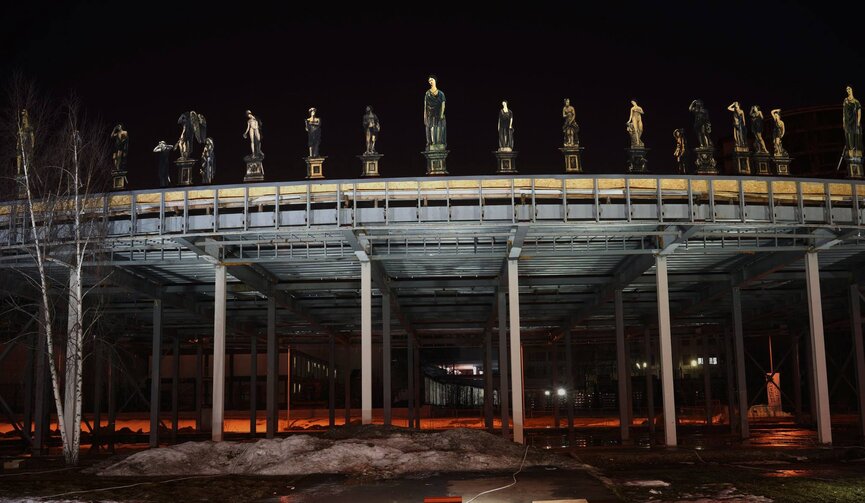