Most of the works of this series are part of the installation created for Mindcraft18 - Danish exhibition during Milano Design Week. Work was shown in South Korea Crafted Matter at Cheongju Craft Biennale and Kunsthal Charlottenborg during The Charlottenborg Spring Exhibition 2020.

Maria made the ropes out of glass, which is a kind of a material impossibility. Ropes bear multiple and in some ways opposite meanings such as: death and rescue, sexual tension, aggression, violence, safety and surviving.

Artist want to investigate the concept of freedom and to examine the conflict between the extreme materialism and fragility which glass represents. These sculptures relate to the Japanese bondage technique – Shibari - a practice that amalgamates control and submission in one action.

When are you in control and when do you have to go with the flow? Are you ever really free? Where is the boundary between power and submission? Technically, she used the real rope as a model and needed to burn it out first in order to fill the mold with glass (to destroy in order to create.) 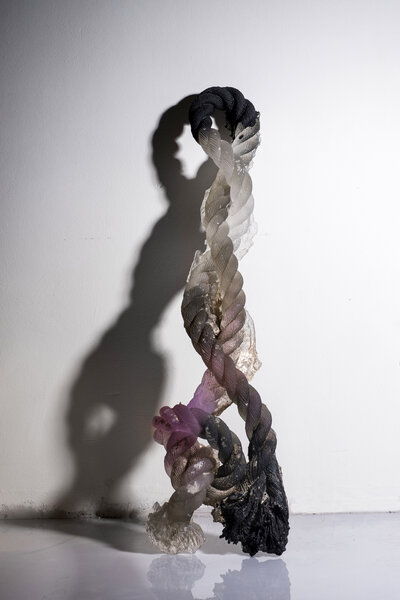 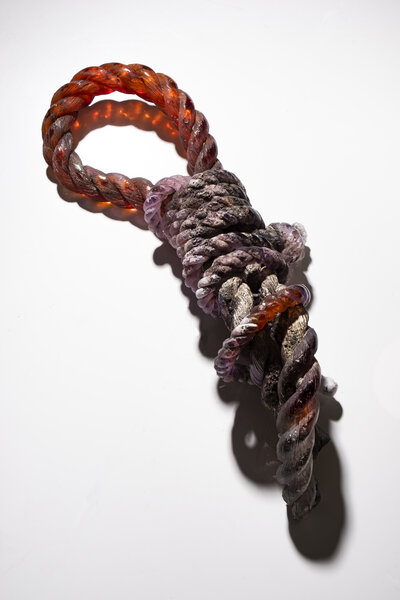 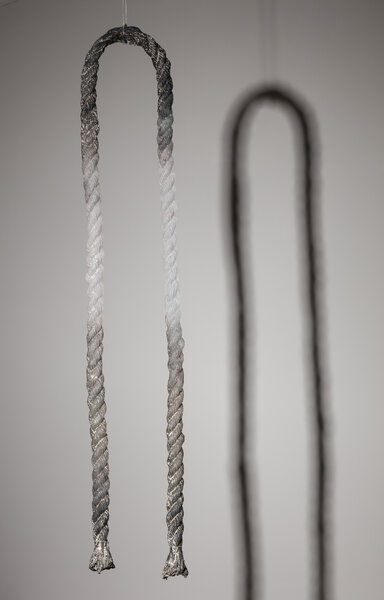 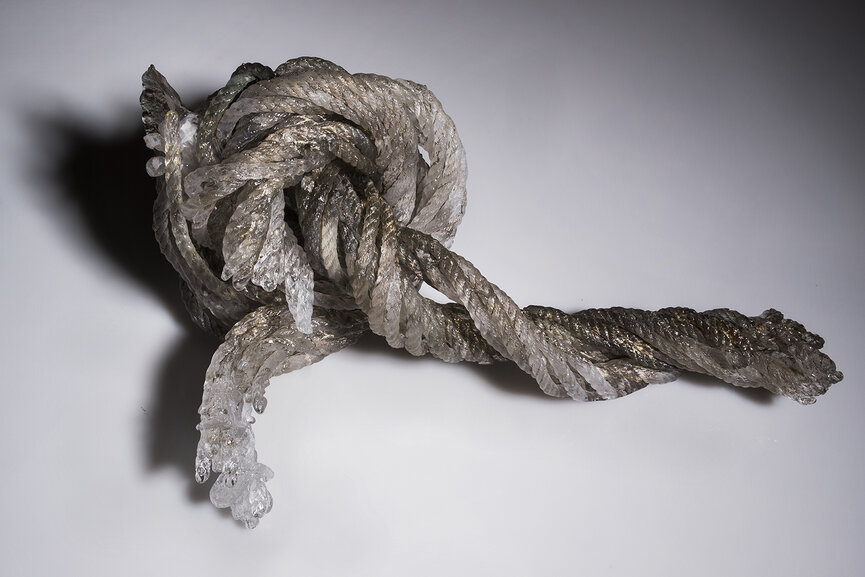 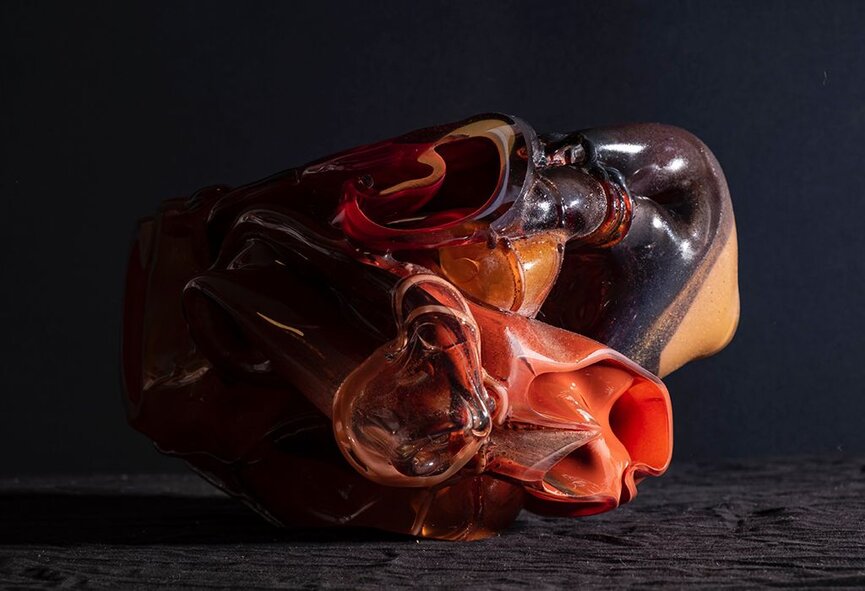 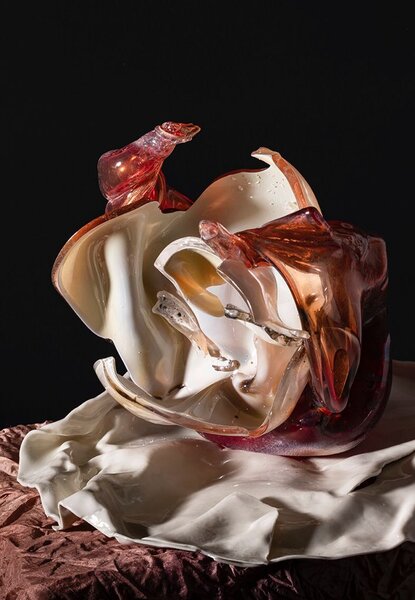 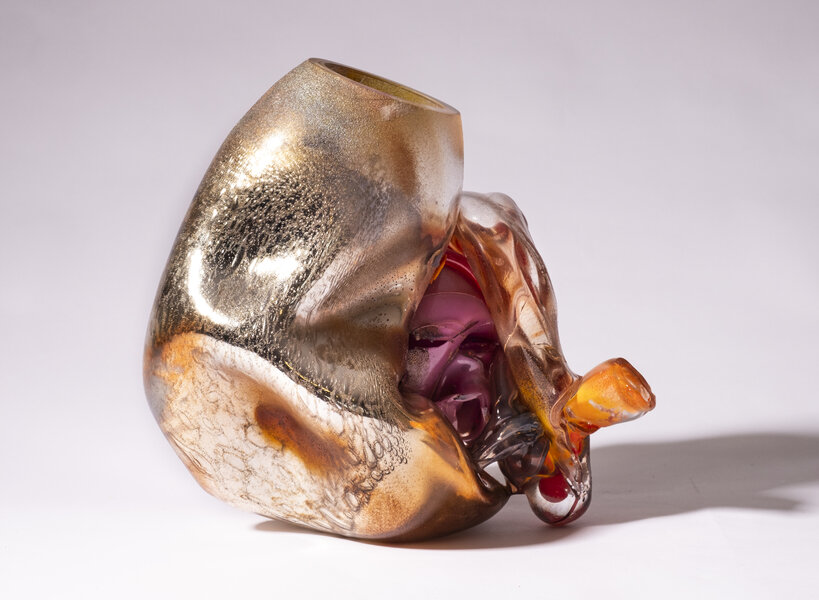 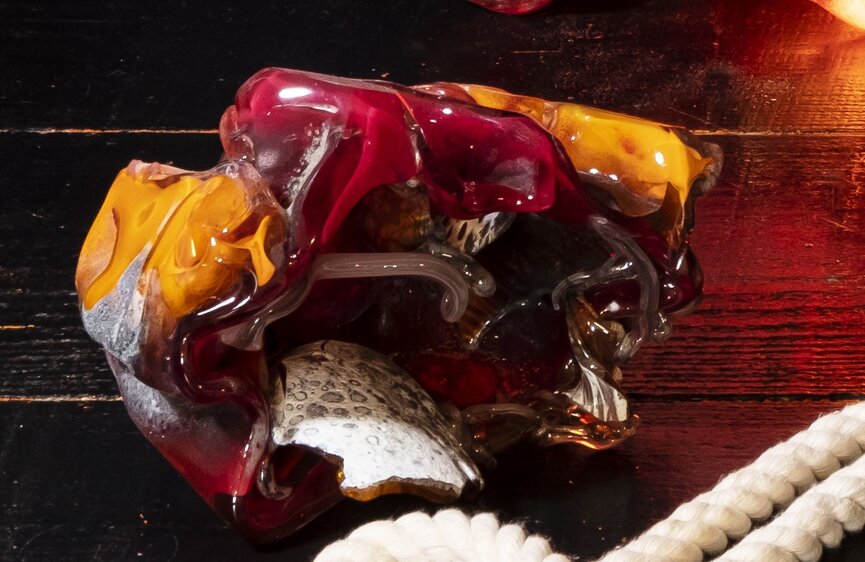 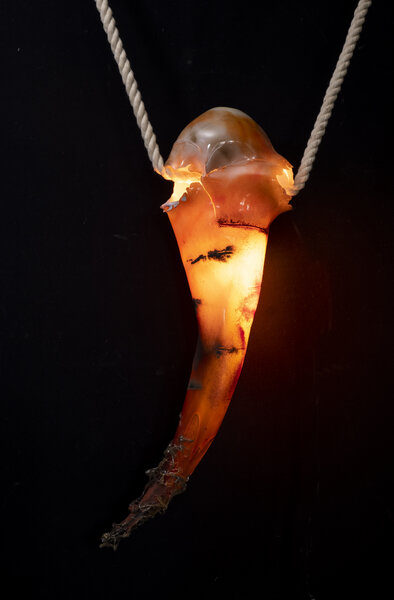 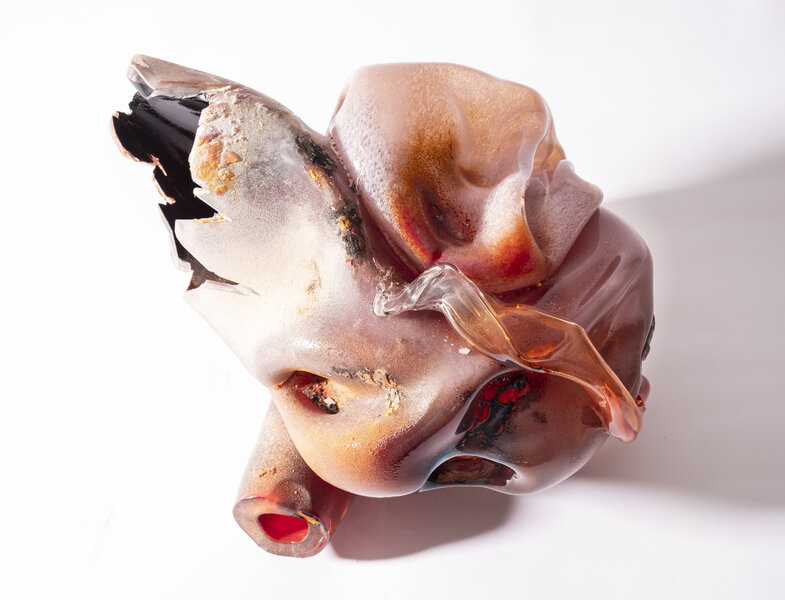 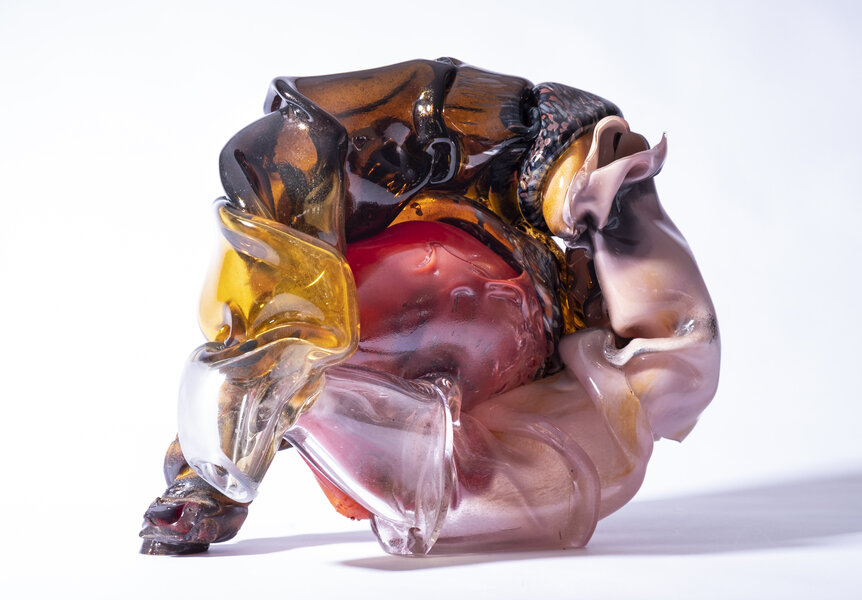 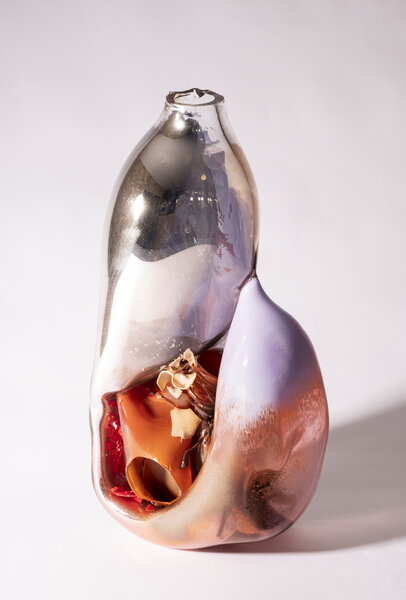 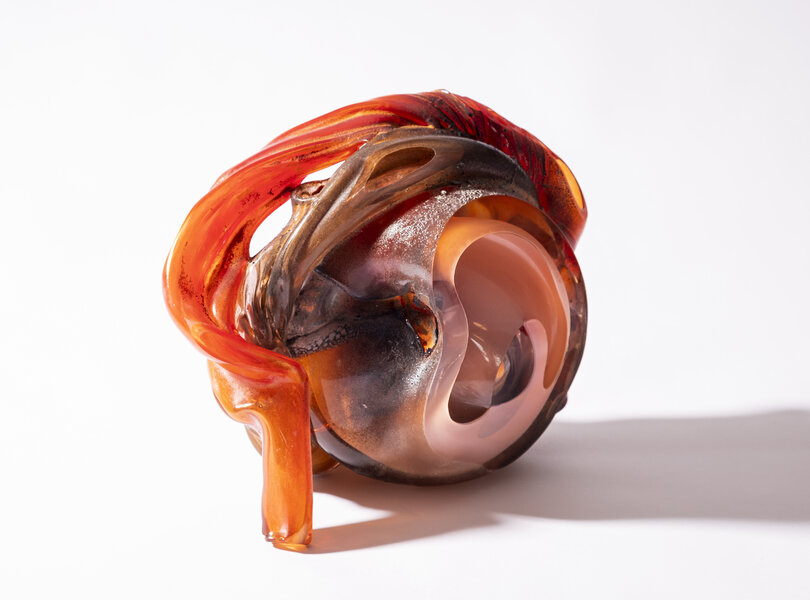 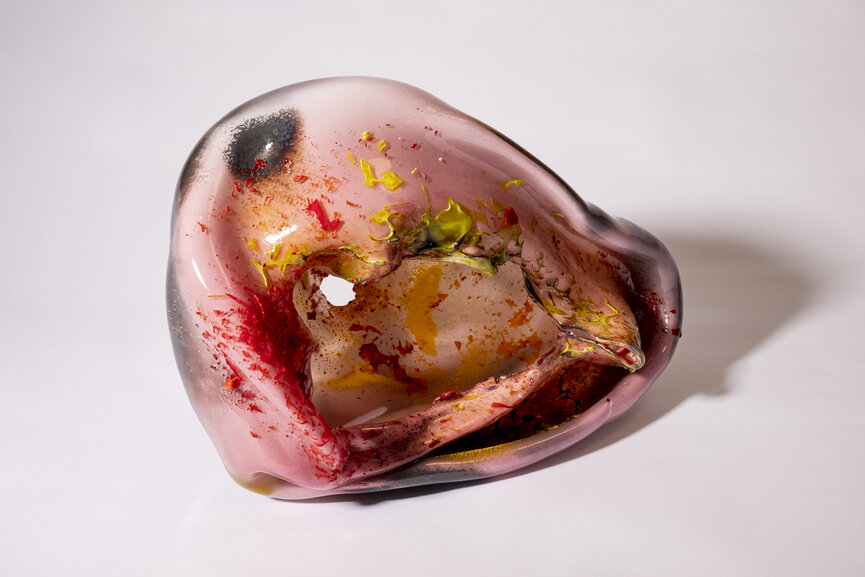 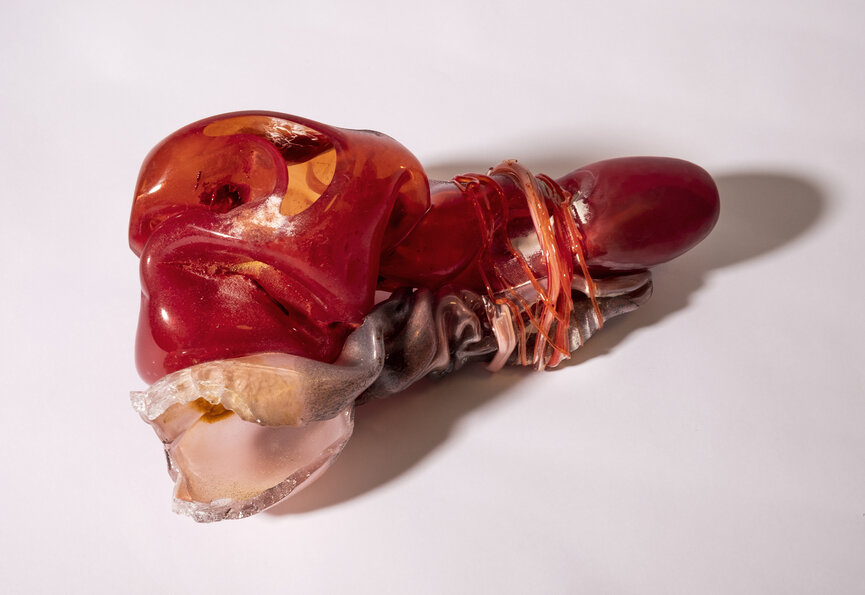 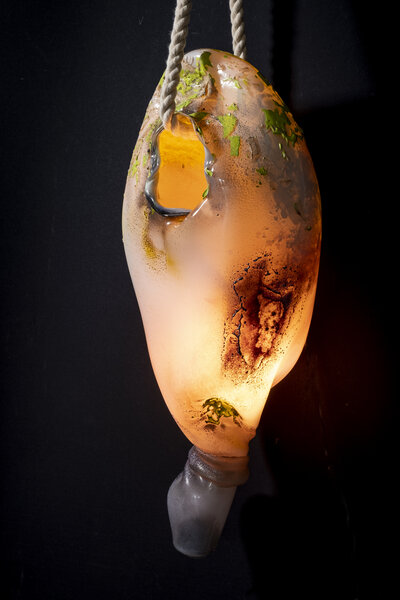 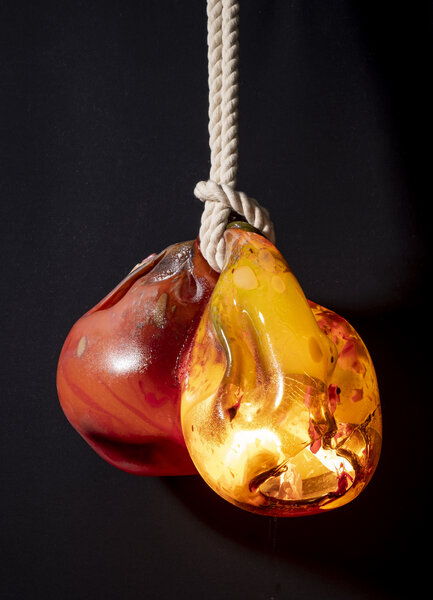 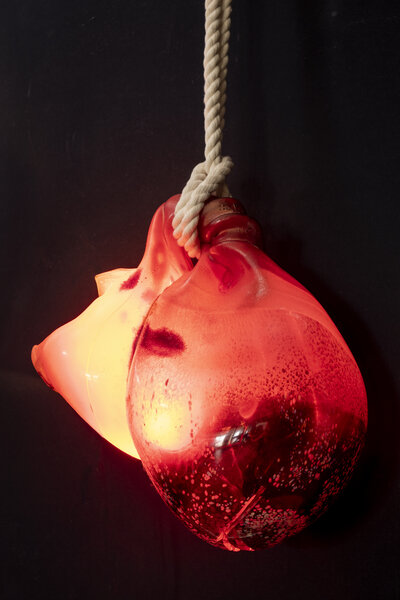 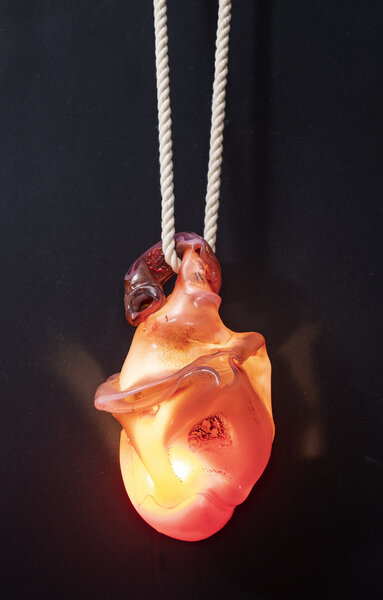 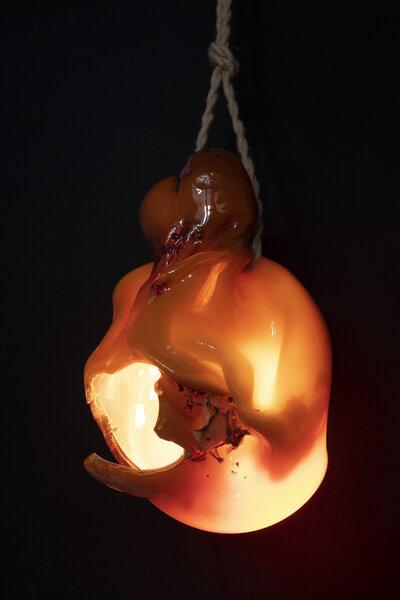 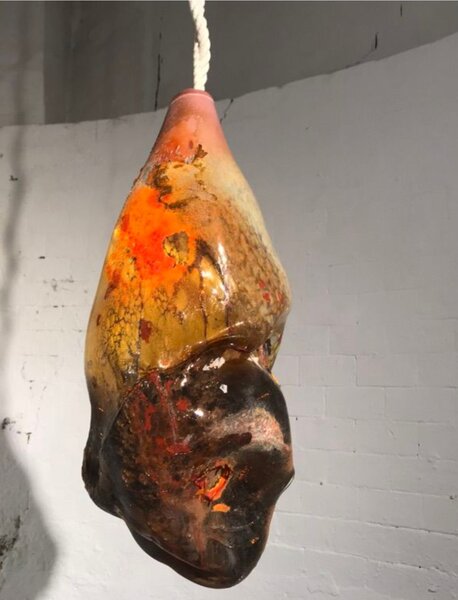 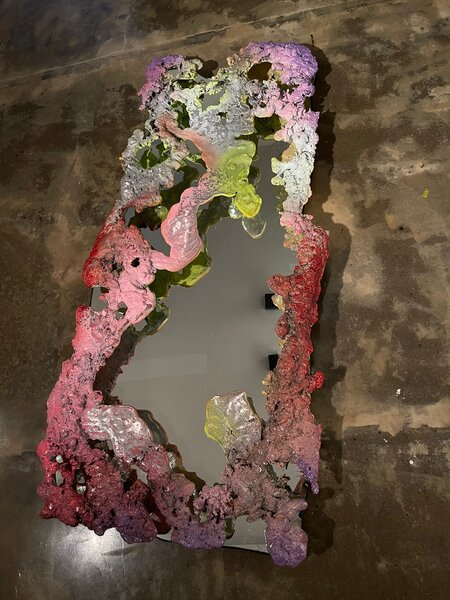 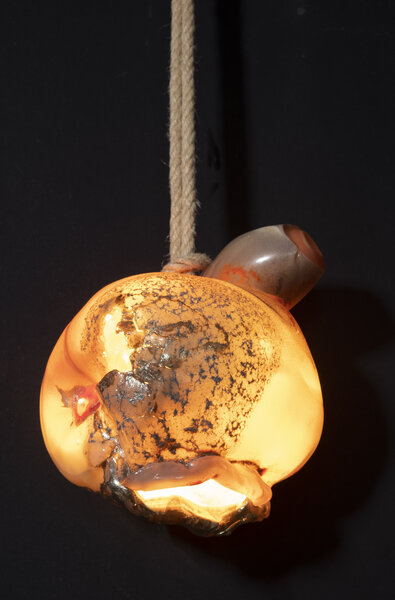 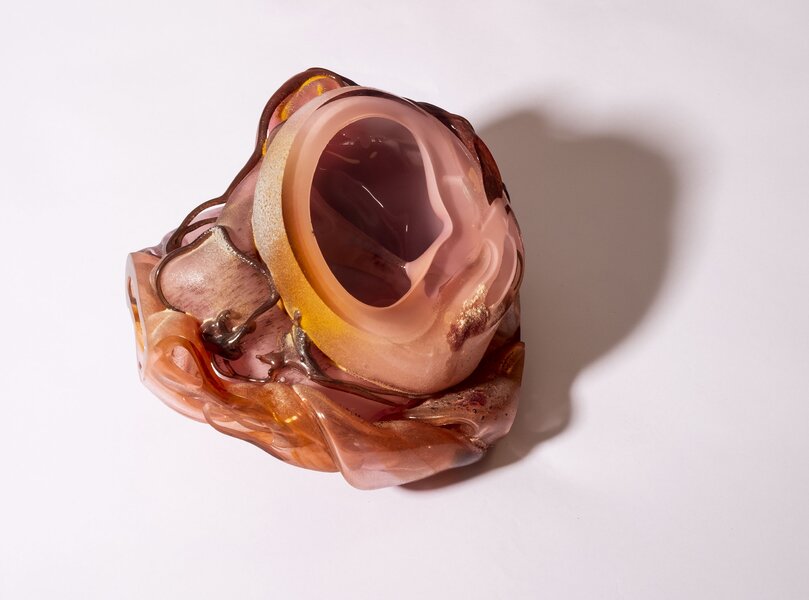 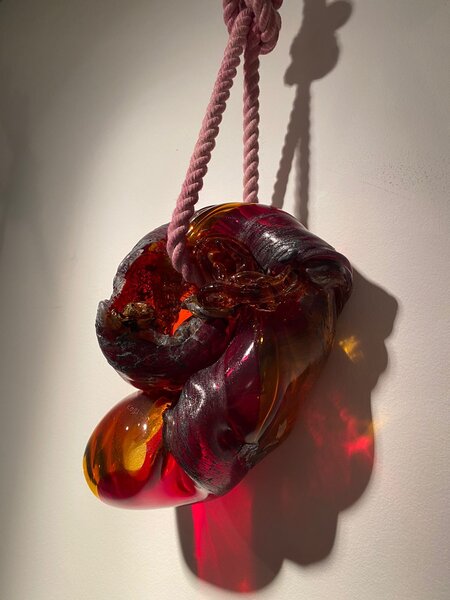 Deliberately broken, imperfect and collapsed shapes, still reminding of a heart - the most essential life organ and one of the most reproduced and trite symbol.

Maria wanted to bring uncomfortable and complex associations, to imbue the hearts with a sense of brokenness, fragility and durability –qualities which characterize glass as well as the heart in its understanding as a symbol for romance, love and life.

She tried technically to play with the idioms pertaining to the symbol – cold heart, broken heart, warm hearted, heart of stone etc.

During the process of creating this pieces she made precise study drawings of real pigs hearts which are the closest ones to human. 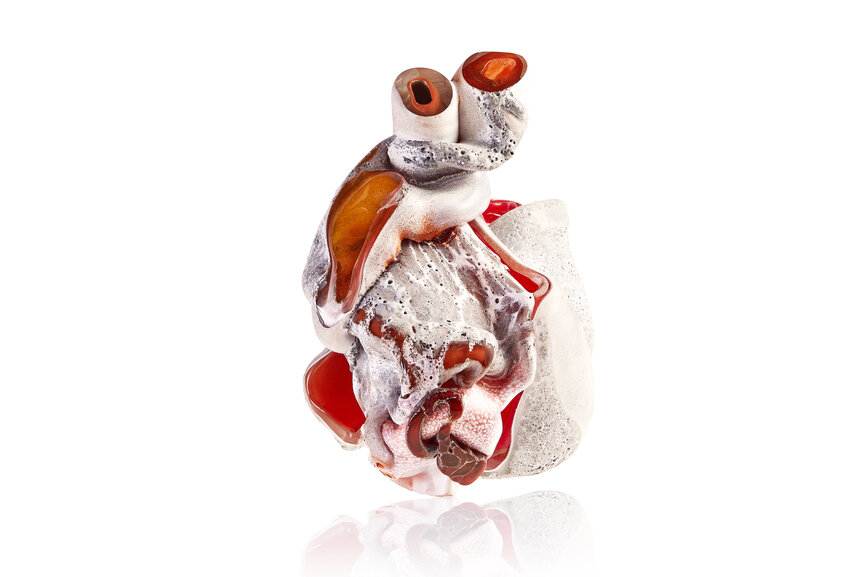 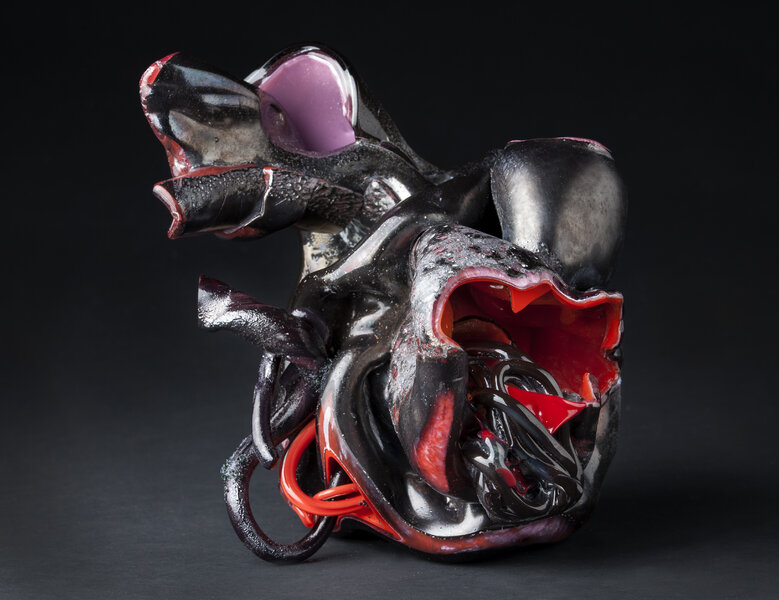 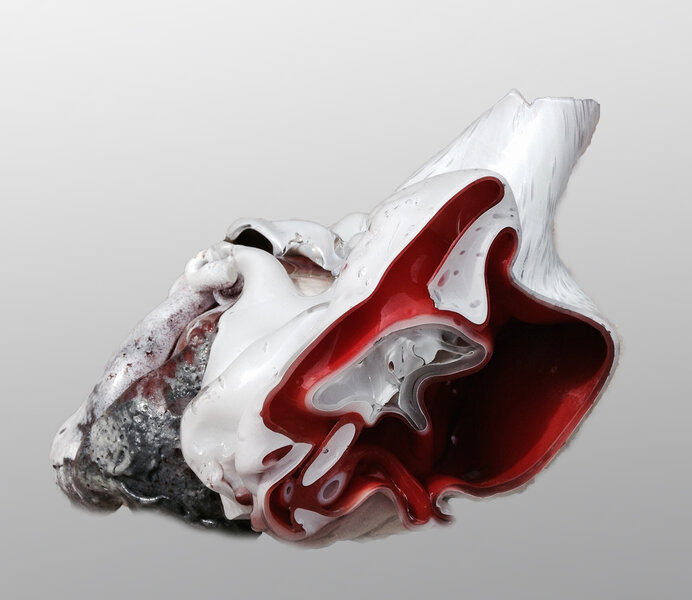 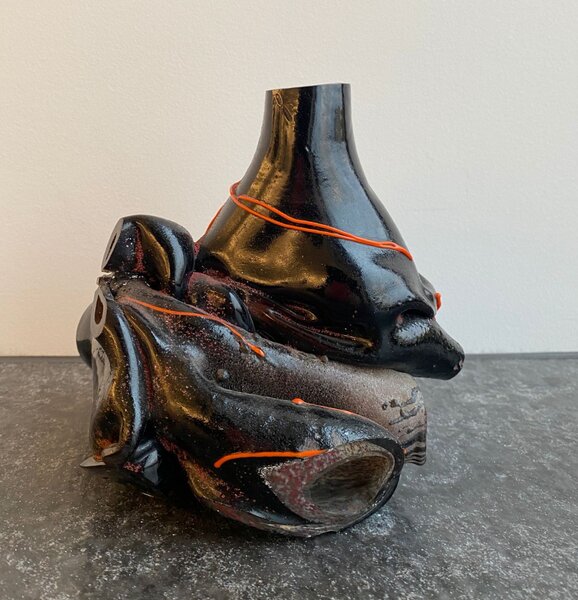