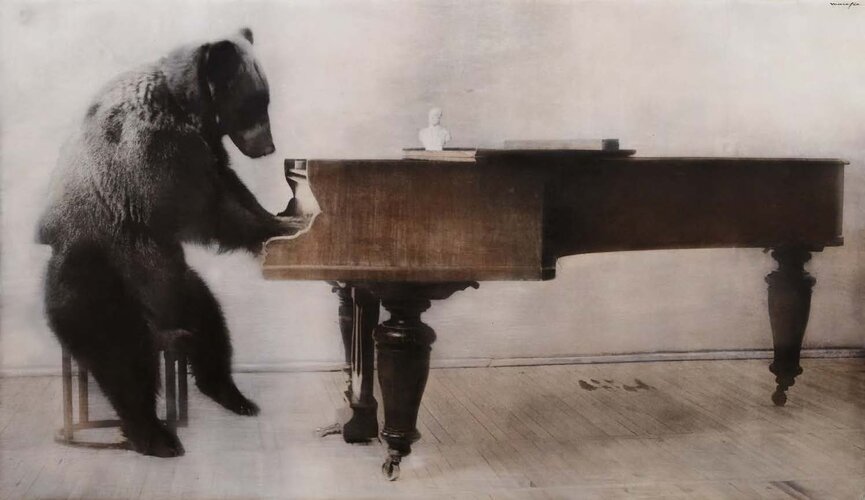 Human, all too human 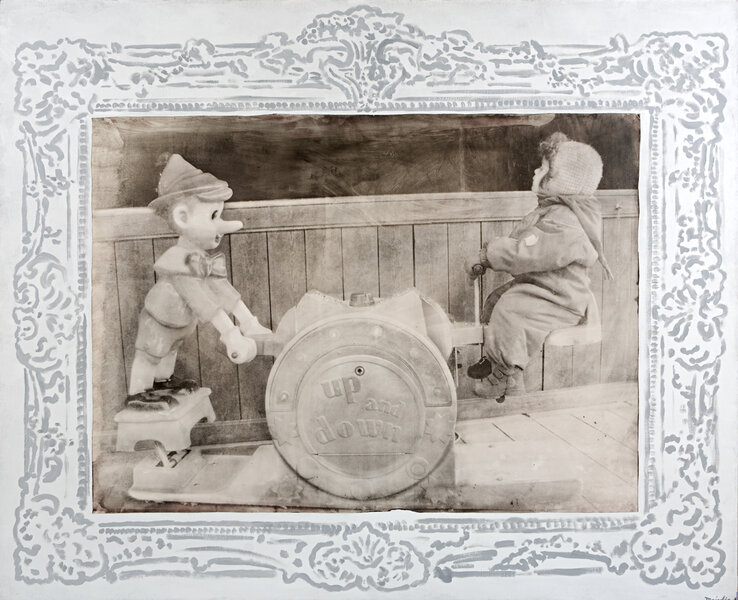 Allegory for an Interior of a PR Agency 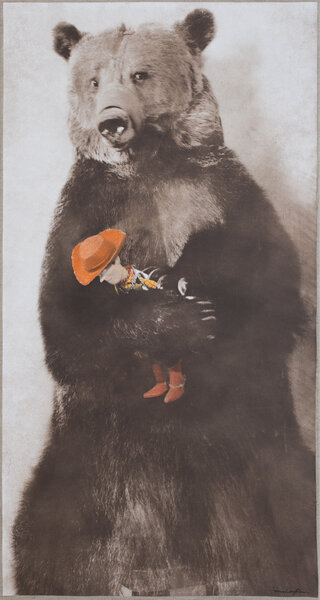 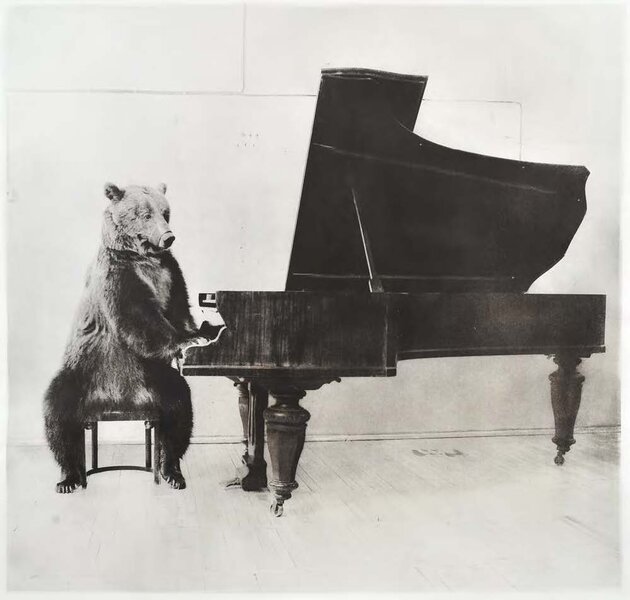 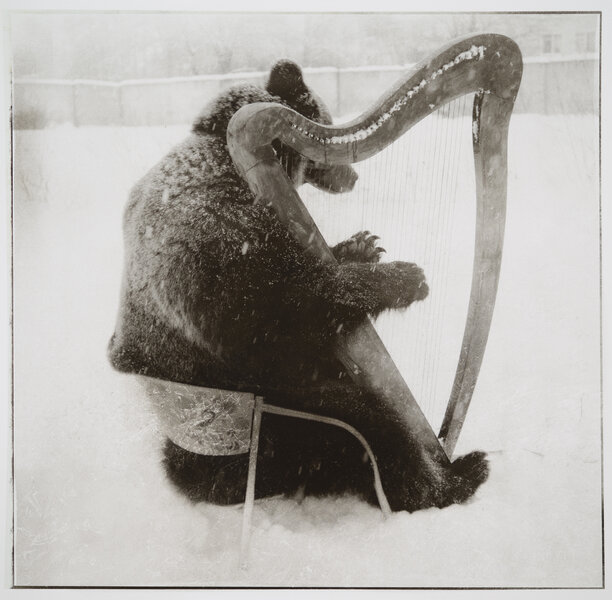 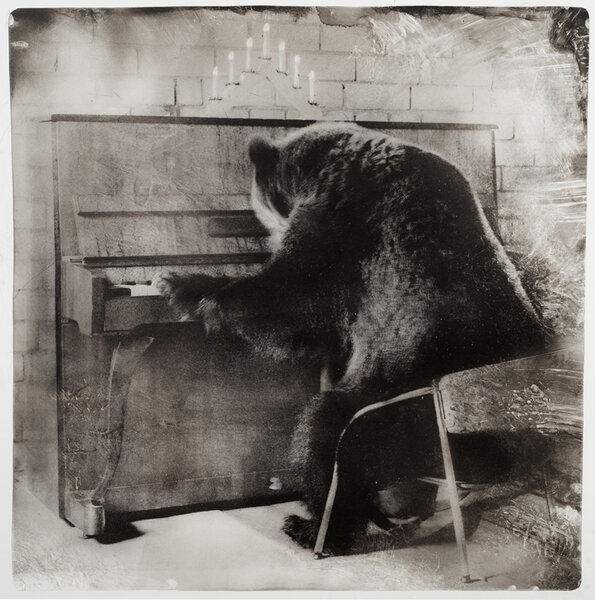 While the candle is burning 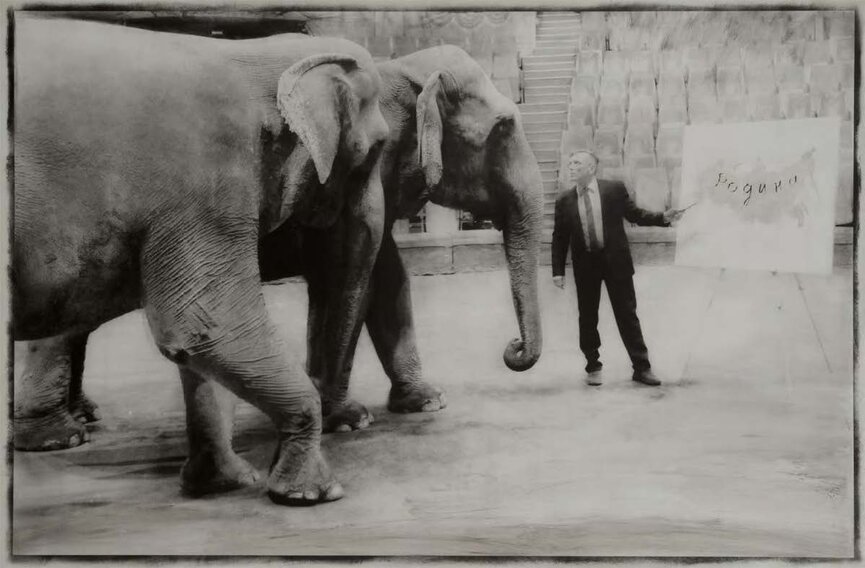 On the threshold of the New Age, where digital is replacing analog, the famous St. Petersburg lover of paradoxes turns to the past break in art - Victorian staged photography - in order to reflect the turbulent flow of time through the confusion of times and genres. 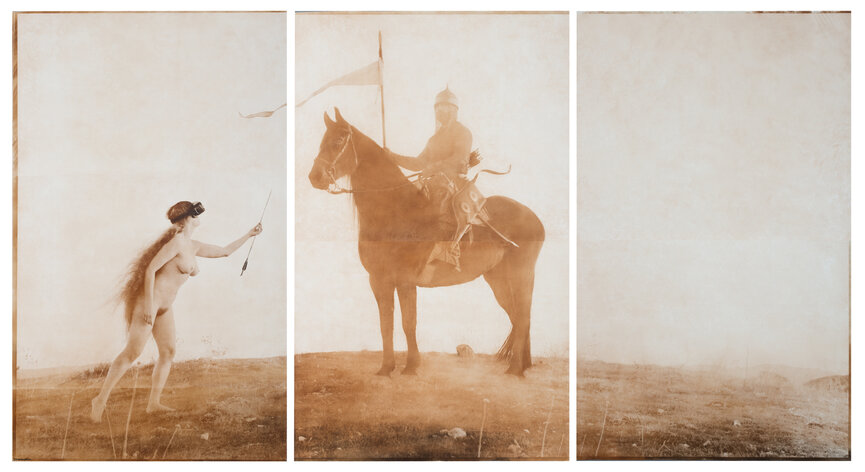 From the series "Mixed reality". "We met at the previous level ..."

From the series "Mixed reality". "Please do not change our settings!" 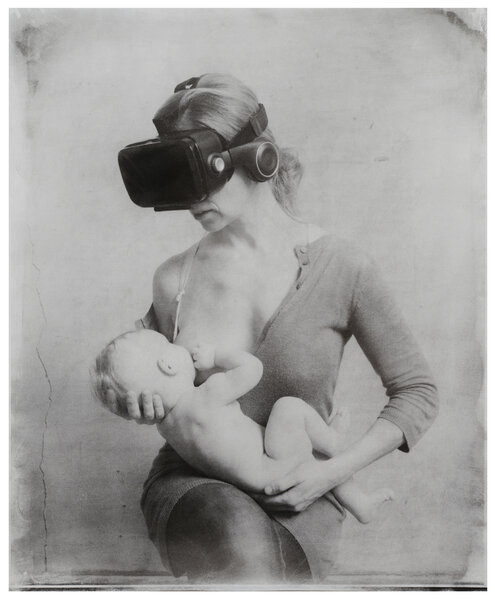 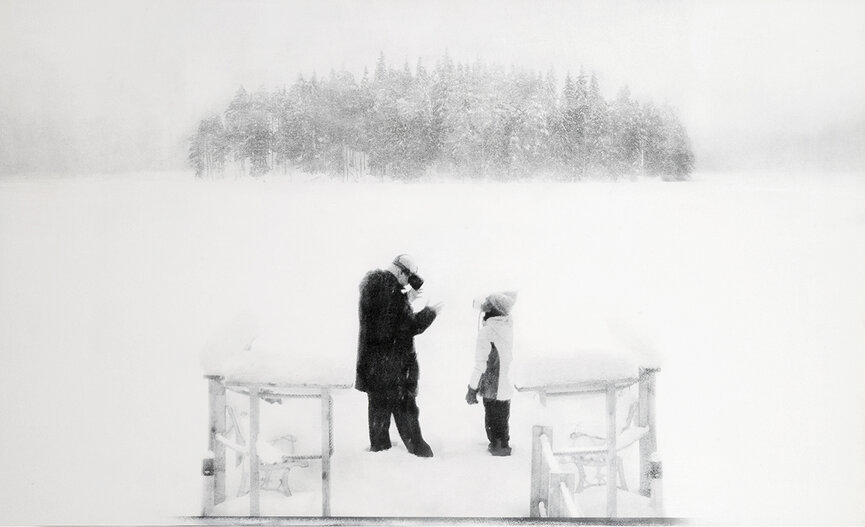 Breifing at the Safe Zone 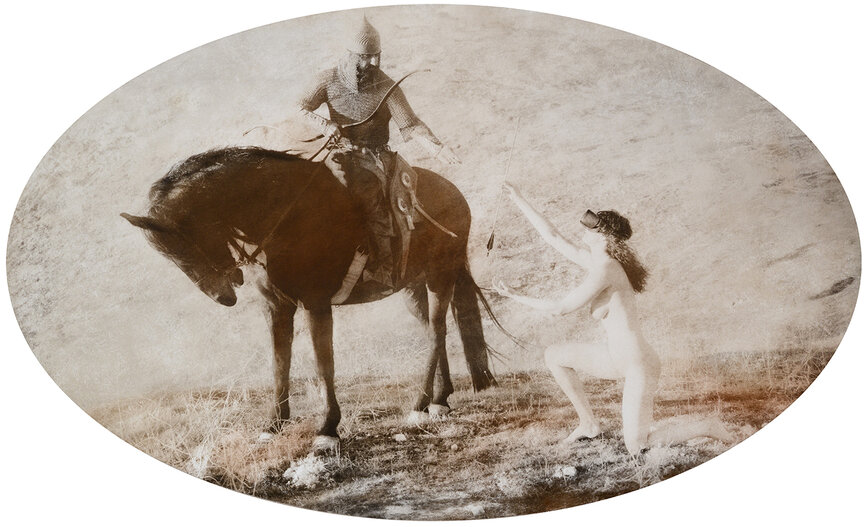 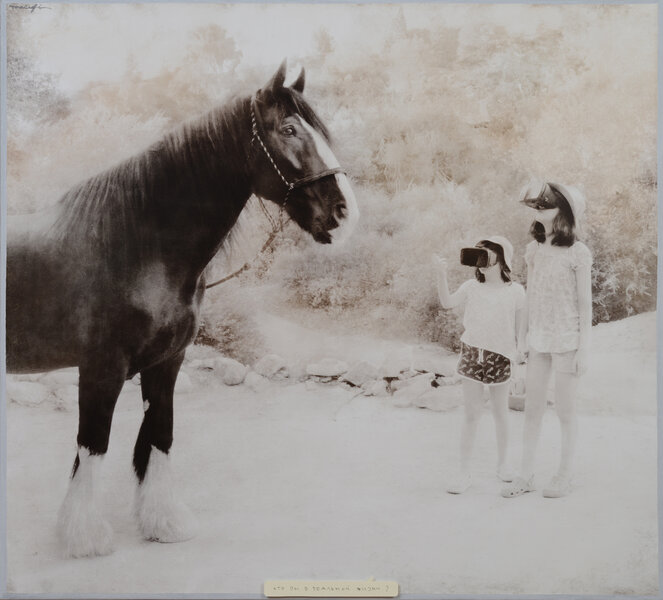 From the series "Mixed reality". "- Who are you in real life? - Which life is real?"

<...> Gregori Maiofis has created a number of important series of works that speak to situations and emotions common to our humanity.

Proverbs is an ongoing series in which the artist focuses on truths that many children the world over must have heard from parents or grandparents: If You Have Nothing To Say, Say Nothing, Politics Makes Strange Bedfellows, and Two Heads Are Better Than One.

Using trained circus animals in many of his images — from a gargantuan brown bear to monkeys, dogs, lions and most recently, elephants — in settings absent of artifacts or other cultural information, Gregori Maiofis offers visually poignant, strike to the heart-of-the-matter images. And while some photographs have layered cultural or national references (the double-headed eagle in his image of two heads has been the symbol of many great empires, Russia among them), the proverbs relate more broadly to the timeless philosophical issues that confront us as human beings. His latest work, Closed Mouth Catches No Flies, was an image that Maiofis had visualized very early on, but it wasn’t until years later that he finally met a lion tamer who, as part of his performance, actually puts his head in the mouth of a lion. The obviously persuasive artist was allowed to make photographs during circus rehearsals.

The work of Gregori Maiofis derives from a keen intellect that has prowled through literature, poetry, philosophy, and the arts worldwide; from his wicked sense of humor and irony; and his voracious appetite to give visual voice to the quandaries and conundrums of being human. <...> 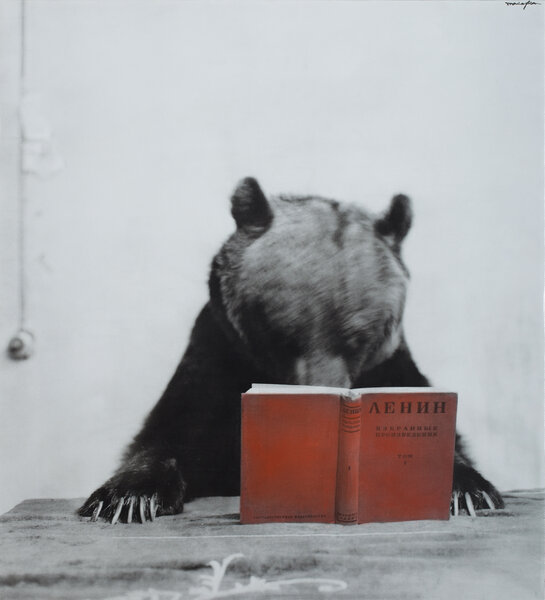 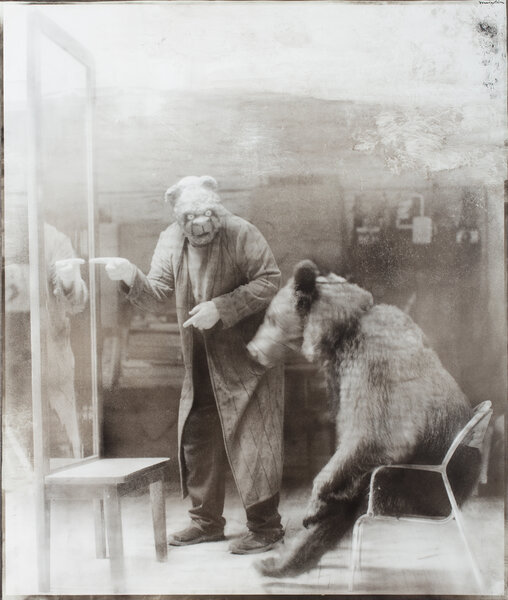 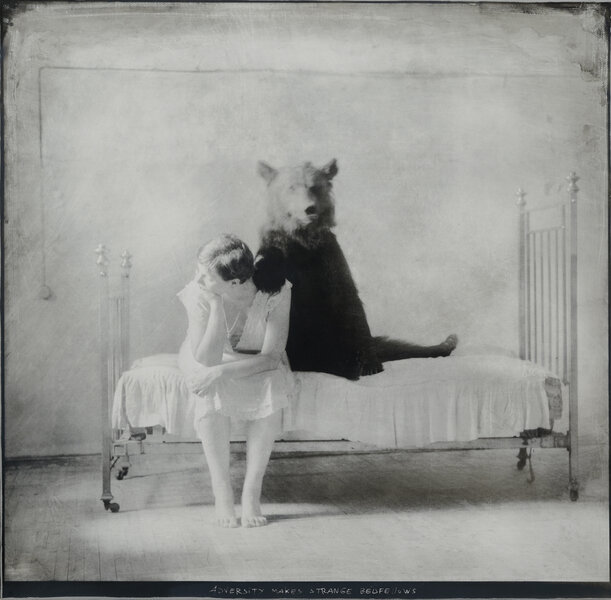 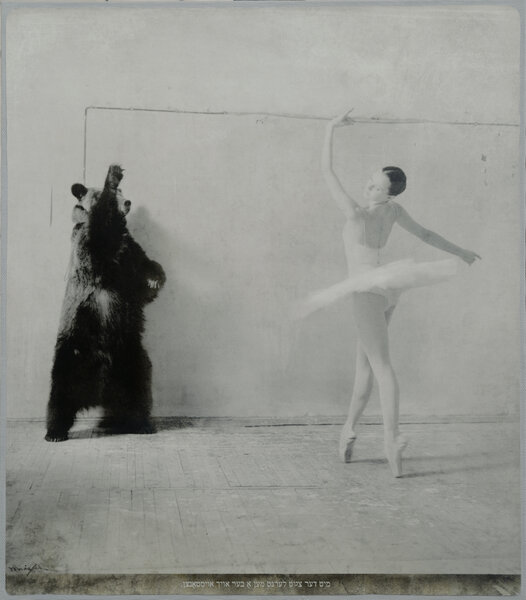 Series "Proverbs". In Time, a Bear May Even Be Taught to Dance 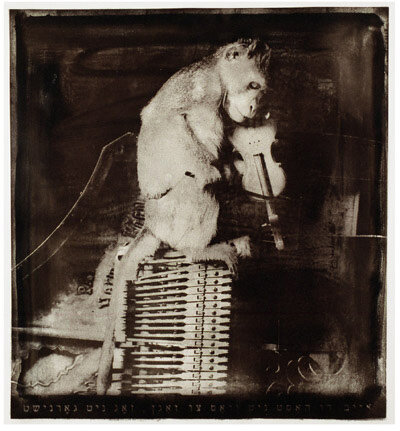 Series "Proverbs". When There’s Nothing to Say — Say Nothing

Series "Proverbs". God makes the Back to the Burden 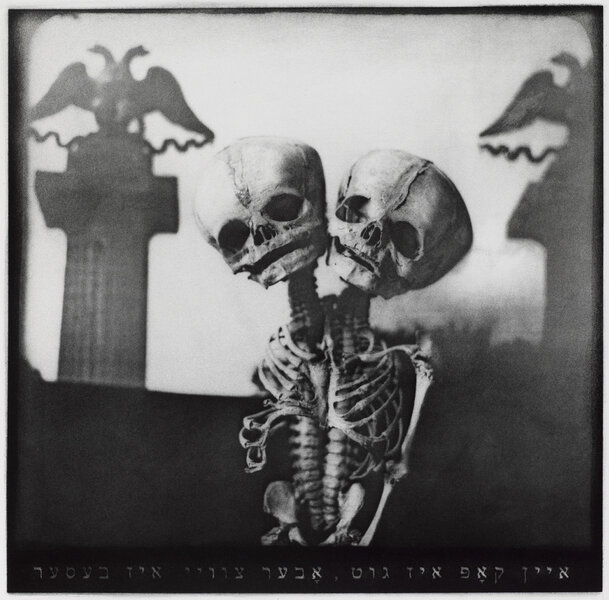 From series "Proverbs". Two Heads Are Better Than One 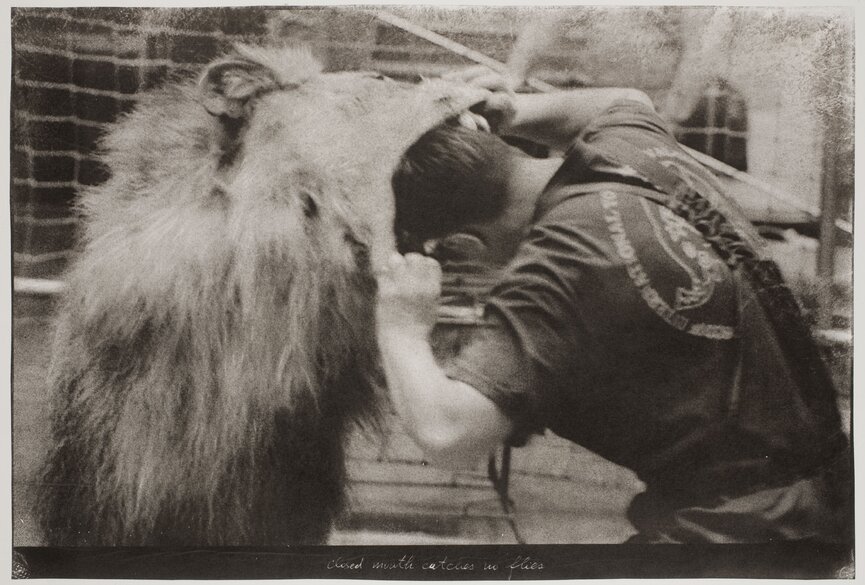