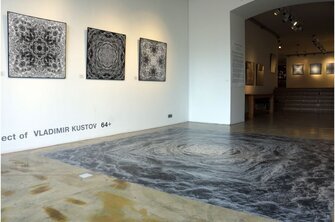 The 64+ project presents a study of visual images of natural forces – the four formative elements of our nature. The 4 elements and 4 states of matter, when cubed, result in 64 – the ultra-perfect number in mathematics, which in turn has a sum of one – the symbol of primal unity and the beginning of all things.

The fundamental principle and the irrepressible primordial beginning of today’s science has been reduced to the particle element, the same one that once formed the foundation of ancient natural philosophy. Perhaps it is not accidental that element as a psychology term is closely interwoven with the concept of temperament; in Russian semantics, стихия (element) also conveys this meaning.

The infinite glassiness and depth of the Indian Ocean, or the saturated, discharged air of the atmosphere – the photographs taken by Kustov in different parts of the world become a subject to study and working material for a new project. Fragments of photographs are painstakingly compiled into abstract compositions, creating random shapes and outlines, endlessly reflecting each other as in a kaleidoscope. The artist uses polyhedron geometry as the basis of the composition.

The photographic subjects on canvas in Kustov’s traditional black-and-white-and-gray tones reveal an enticing vista of water, earth, fire, and air to the viewer, forcing a gradual transition from one level to another. Such is the logic of the exposition: the initial water world, the earthly world dissolving in fire and ashes, and then the heavenly, “celestial” world. Eight works in each cycle are accompanied by large-scale graphic compositions on the floor, preserving the state of meditative contemplation.

At the final stage, the artist puts a magic square of order eight on the back of each photographic image (a mathematical table of eight by eight cells, whose sum of numbers vertically, horizontally, and diagonally is equal to 260, which corresponds to a year in the Tzolkin ritual cycle of the Mayas and the Sacred Calendar of the Aztecs). Thus, each work carries a designated program that is finalized on the viewer.

Extending the concept of Vladimir Kustov’s artistic method, which was developed by the artist over the course of many years, the project renders a model of the border state. We witness the transformation of these states indirectly – through the image of natural forms. The never-ending perspective of a funnel, concentrating our gaze, reminds us of the attractive force of live fire, water, and flying clouds, and preserves the effect of a cherished lingering contemplation.

Just like the simple child’s device with the object of constantly changing the position of pieces of glass and showing new designs each time, the 64+ project demonstrates the endless possibilities to take a new look at the world around us. Depending on the illumination we have chosen for our kaleidoscope, we see our own color scale that reflects our gaze directed inside ourselves. 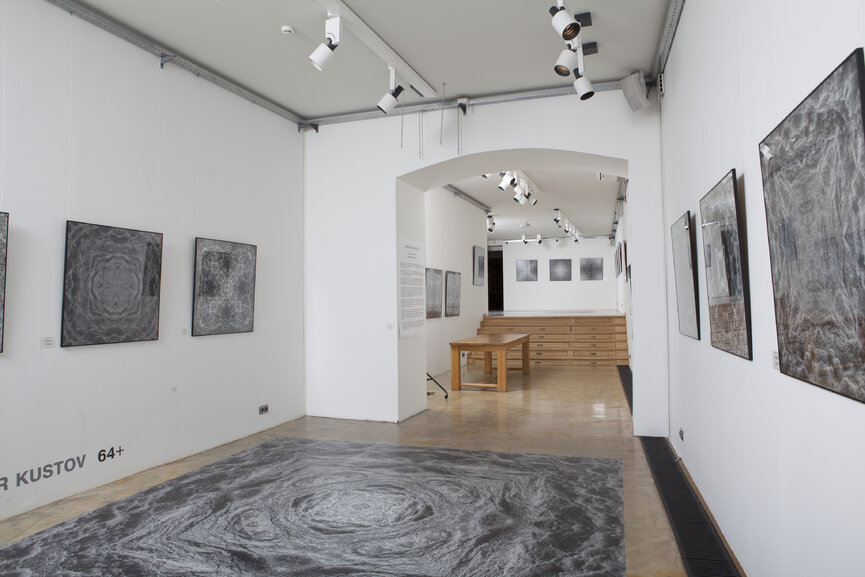 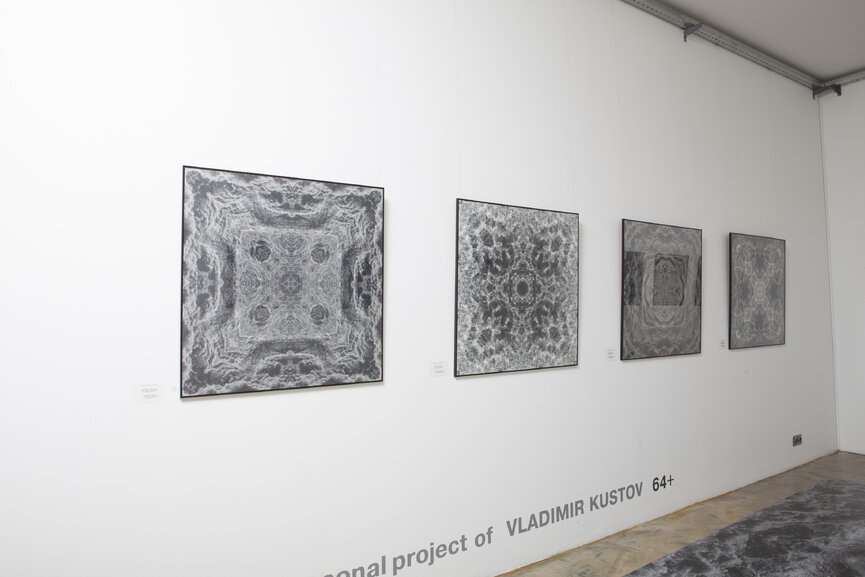 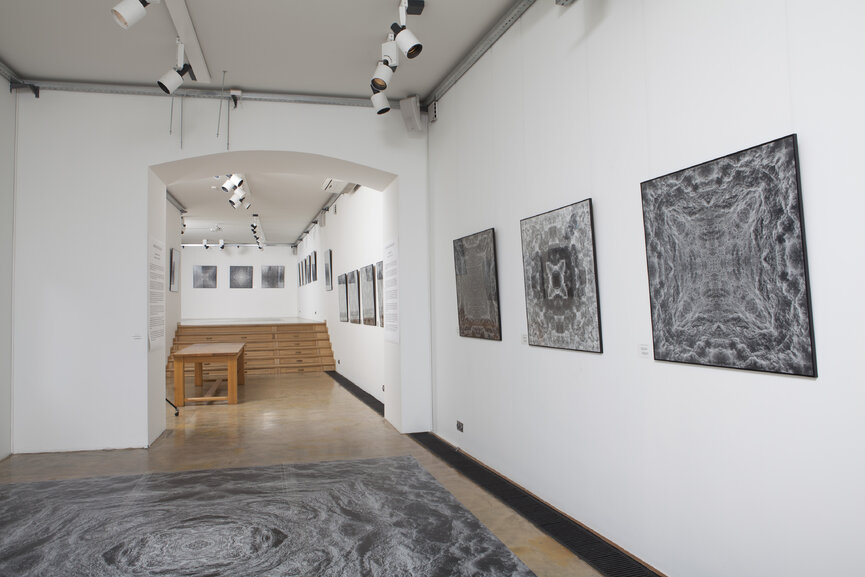 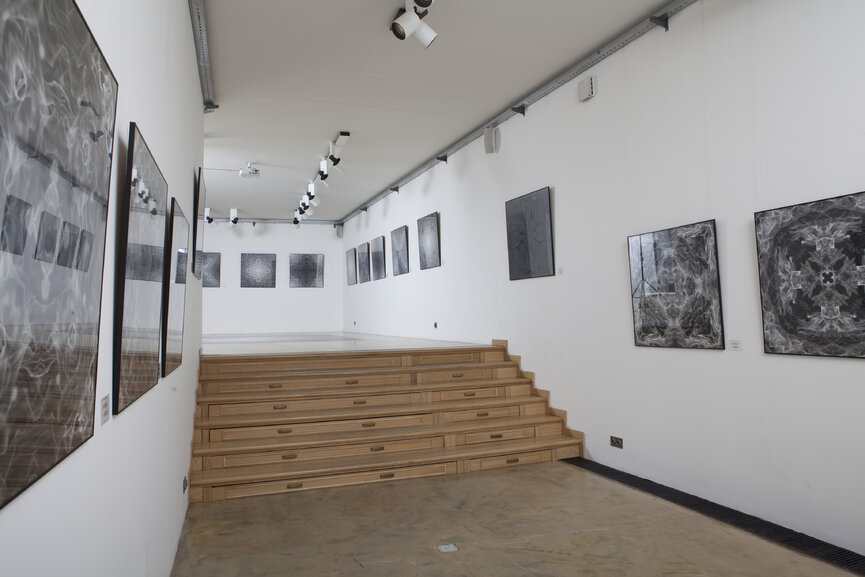 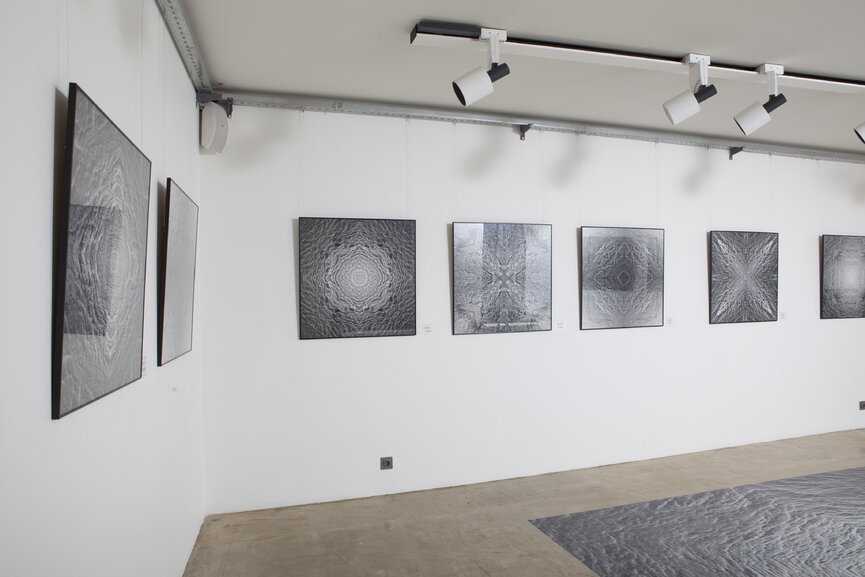 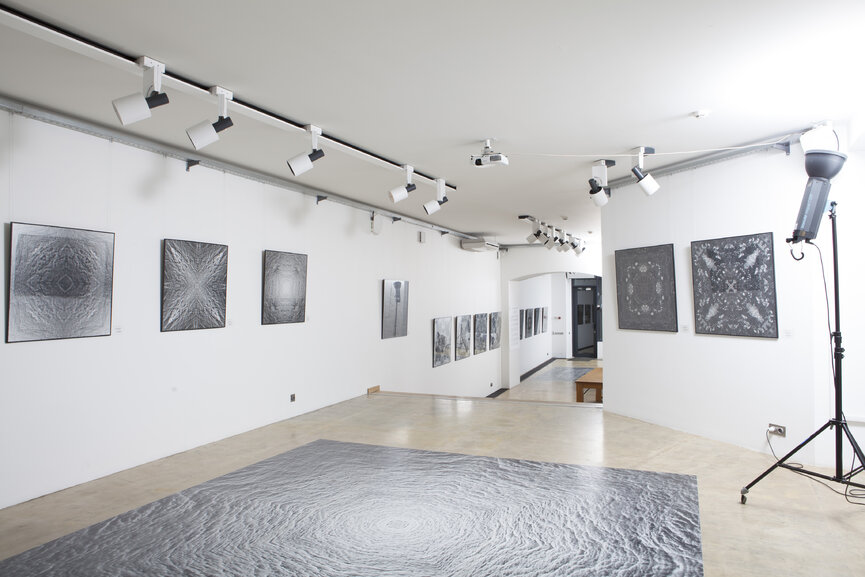 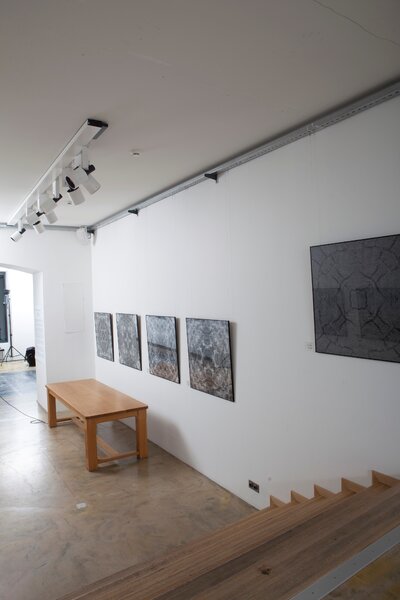 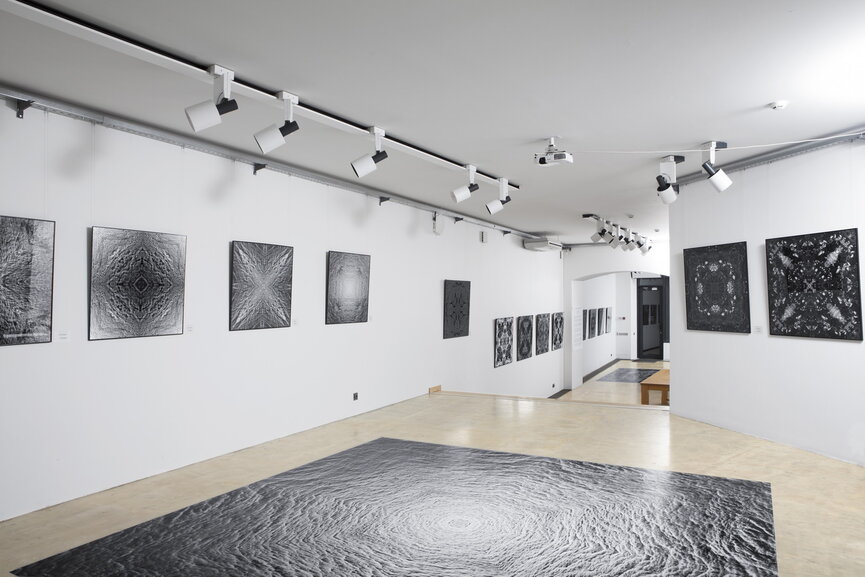 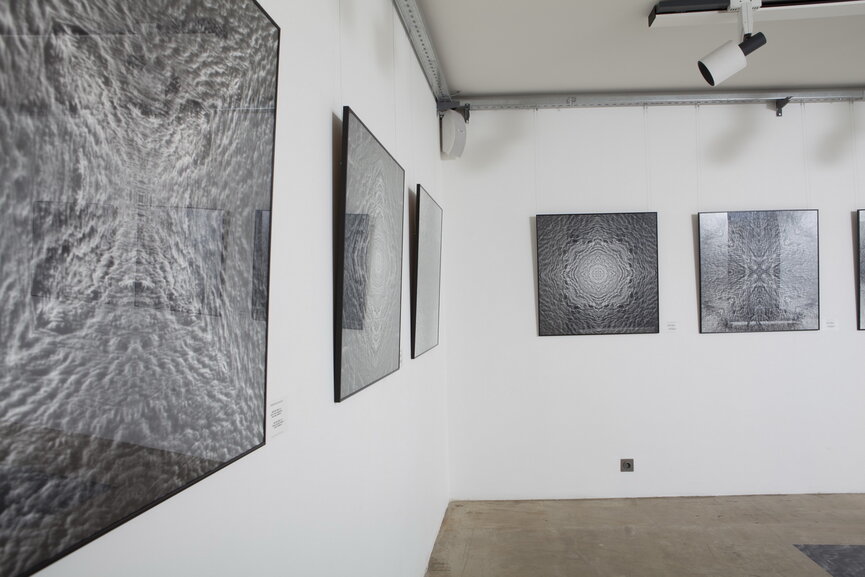