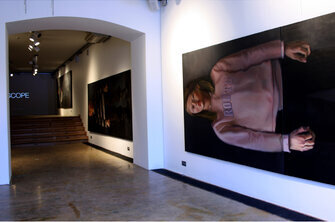 Marina Gisich Gallery starts the new 2014 season with the project by the artists Dmitry Gretsky and Evgeniya Katz. Five large-scaled canvases depict the monumental images of youngsters, the artist’s students, who stiffen in a pose of a “ceremonial portrait”, as the army.

Dmitry Gretsky: “Gallery of Portraits. Youngsters unveil a powerful projection of images that everyone carries inside. Through manifold enlargement of Forms, you try to create significantly realistic and truthful images of your models on canvas. This projection remains real as long as the viewer recognizes in it his or her own reflection, and as long both mutual trust and mutual interest between the viewer and these youngsters last, and as long as they stay similar, but not equal to their audience. These images exist in direct proportion to the amount of personal experience and knowledge that the viewer is inclined to bring into play, as if they tend to approach an ideal personality created by one’s own imagination.

Then suddenly they outgrow the audience and become completely independent. Their eyes are glancing straight in front of them and the viewer is kept outside of their visual field. This mirrored up space of their glances creates a mysterious illusion of a seemingly endless perspective. The viewing angle from below does not actually feel repressive, but instead it adds a feeling of excitement and provides a chance to have an ongoing dialog through “dimension”.

Time passes, and Forms change, but the need to find one’s own way and draw up one’s own circle remains unchanged. And History repeats itself….

Following Yuri Lotman’s quote, «Time, as far as any portrait is concerned, is dynamic; its present is always full of reminiscences about the past and of anticipations of the future. A portrait is constantly balancing on the verge of artistic double-vision and a mystical reflection of reality.”

“Terracotta worriers” series was enlisted in Kandinksy Prize’s Long list and was presented for the first time in 2010. In 2012 the works from the series were awarded with the Kress Project First Prize in Georgia Museum of Art, USA. Part of the series belongs to collections of State Russian Museum (St. Petersburg) and Ekaterina Foundation (Moscow).

The exhibition at Marina Gisich Gallery shows the public the second part of the series for the first time. 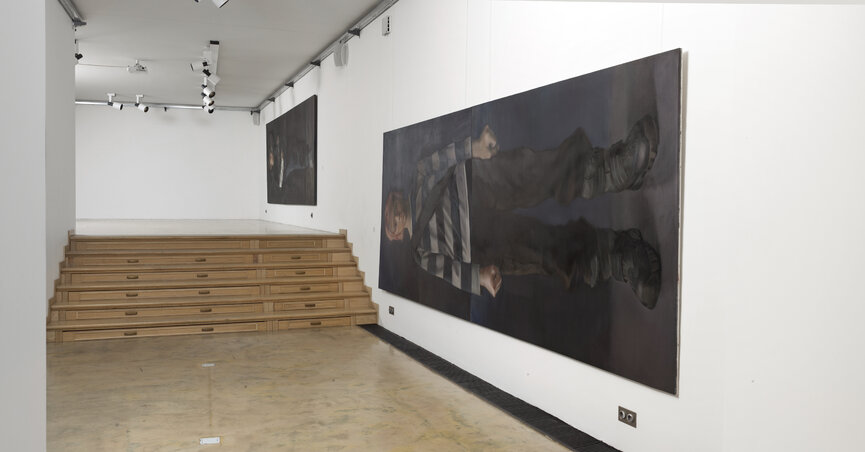