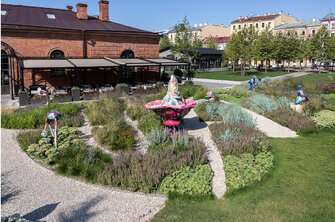 Ivan Gorshkov has set up his summer garden in New Holland. Visitors to the island meet fanciful iron figures among the trees, crafted with sophisticated technique and covered with iridescent glaze. There are just seven characters in the installation. The principal character is the Fountain, reminiscent of melting crème brûlée ice cream in a giant glass dessert bowl. A human face emerges on its slope — the kind that 19th-century cartoonists liked to attribute to the moon. This fountain is the focal point because it is the largest one and it is round, so it forms a natural center for the rest to gravitate to: Beethoven, Phaeton, Hussar Ballad, Polka, Propeller and Slice of Tangerine Pie. The names in this group make you wonder if they were created by a gang with a fetish for provocative nicknames and avatars. However, every one of them from Beethoven to Propeller has a definite portrait resemblance, so their faces are not masked (except Phaethon, of course).

Raised at the cascades of Peterhof and in the alleys of the Summer Garden, the residents of St. Petersburg are much more accustomed to Phaeton in the garden than to the Polka and the Propeller, at least if we are talking about their outward appearance. As D. S. Likhachev affirmed in "Poetry of Gardens", a garden can be "read", like a book about the nature of things, the cycle of life and death and rebirth, and spiritual and physical pleasures. Meanwhile, the second most famous European garden after Versailles, the Garden of Bomarzo, was filled with something quite different and is now referred to as the "Garden of Monsters". It does have its own Ceres and its Garden of Eternity, but visitors are much more impressed by the huge sculpture of Hannibal's Elephant with a battle tower and the conquered giant in armor lying prostrate at its feet. The Sphinx at Bomarzo is more like a crocodile woman than a lion; Pegasus is a toy horse crowning a mountain of almost Aztec stones; an old wrinkled Dragon is gently explaining something to a little dragon; and Fury quite realistically digs his claws into the thick moss, spreading a wide, scaly tail across the ground. The strange and the beautiful have always vied for attention in the human imagination. Similarly, at Peterhof nearly the same numbers of admirers flock to the grandeur of Samson tearing open the jaws of the lion as to the facetious fountains tucked away in the depths of the park: "Oak", "Pines", and "Umbrella", which looks like a human-sized mushroom.

Ivan Gorshkov's Crème Brûlée presents a new generation of garden sculptures, genetically related to both Clas Oldenburg's Giant Ice Cream and the whimsical baroque monsters that have degenerated into all kinds of gnomes, while the Apollos have turned into young men with oars. Ivan Gorshkov changes the concept of the garden with his sculptures: they seem best suited to virtual spaces, something like the office garden at the "Men in Black" building, where the sculptures should naturally represent all the illegal immigrants of the galaxy. Why not assume that different planets and their satellites are the homes of Beethoven and Phaethon, who dropped by for a visit with Propeller and a piece of tangerine pie? The mysterious island of New Holland, with its strange charm and grand spaceship-style architecture that has been reanimated thanks to the Garage museum, is just the right place for unusual contacts of this kind. 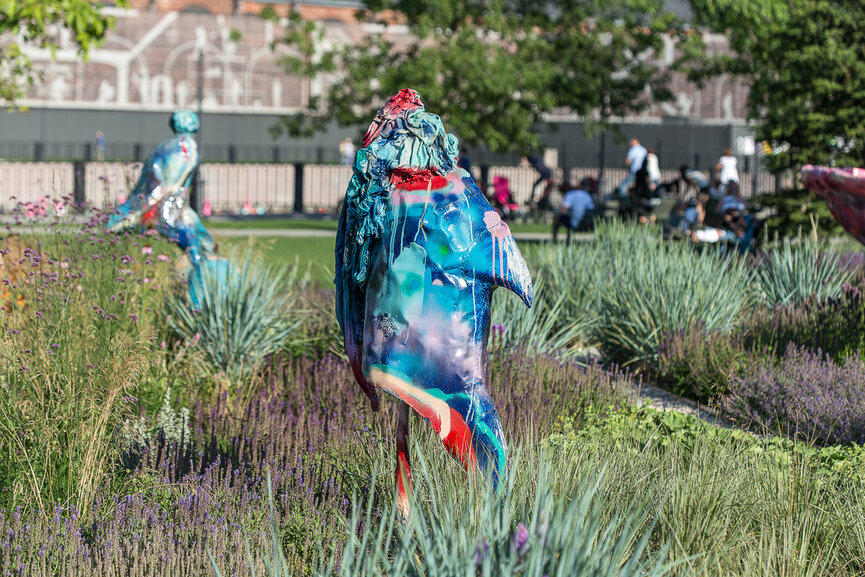 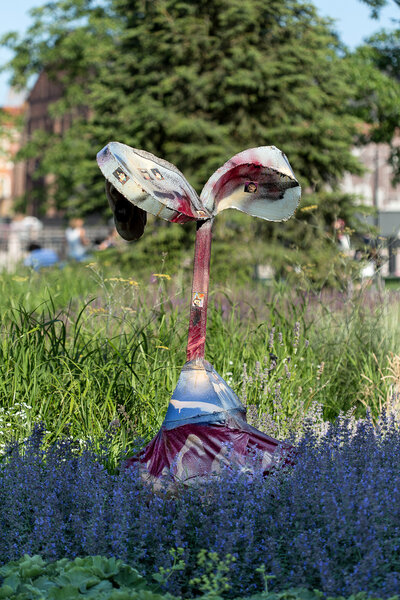 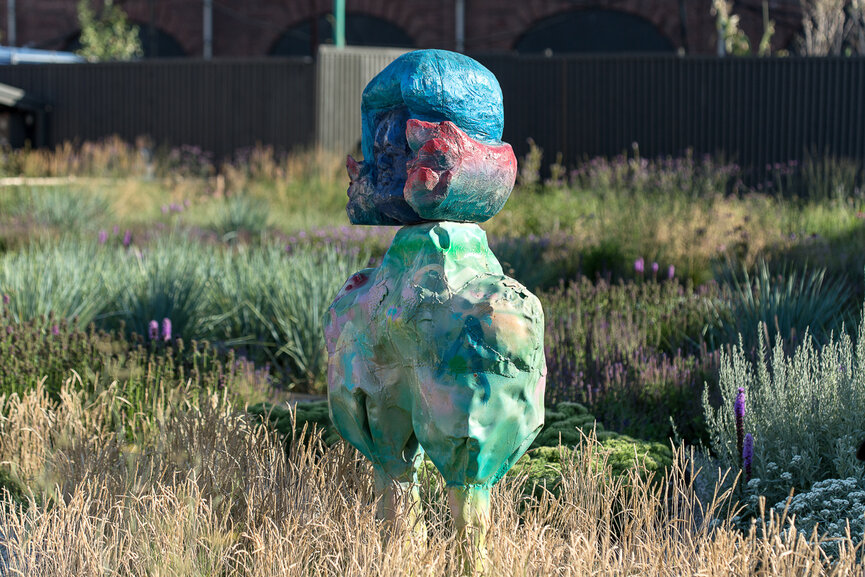 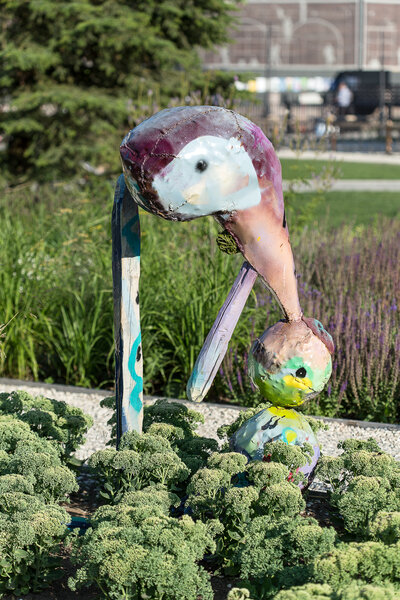 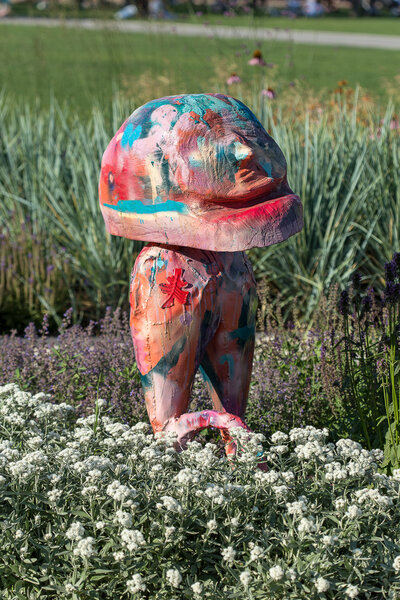 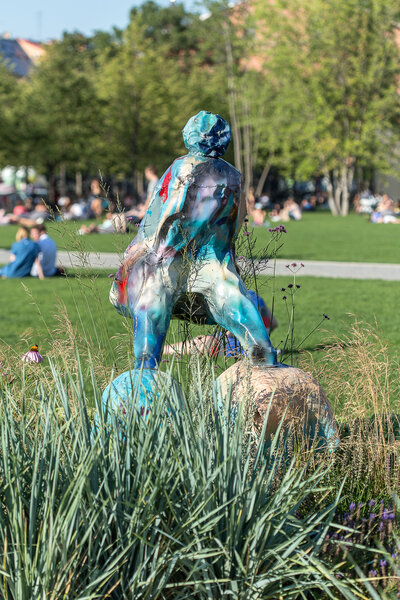 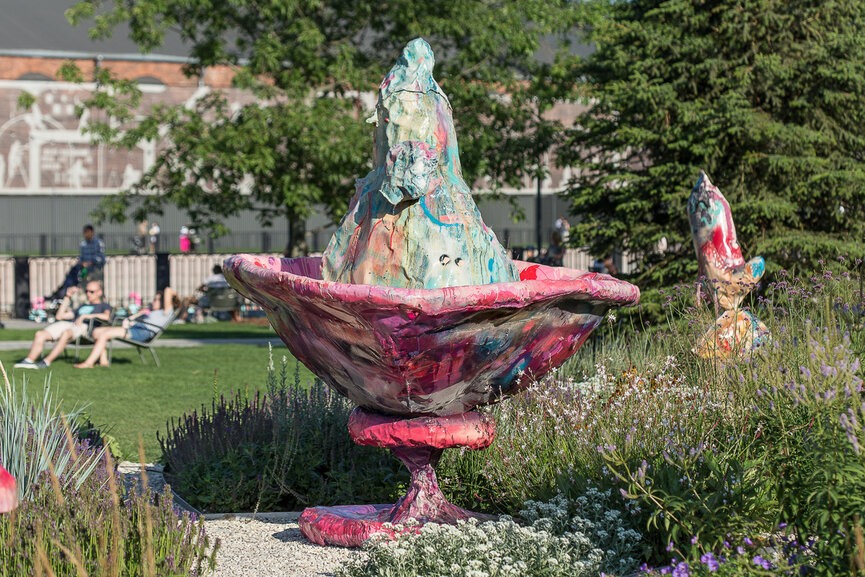 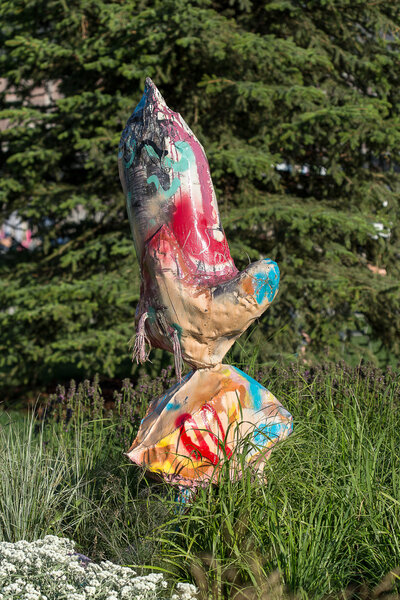 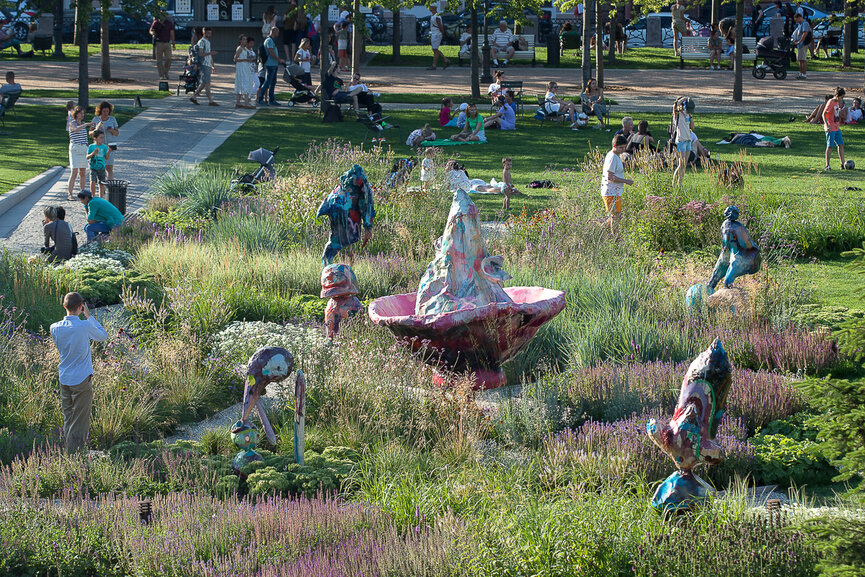 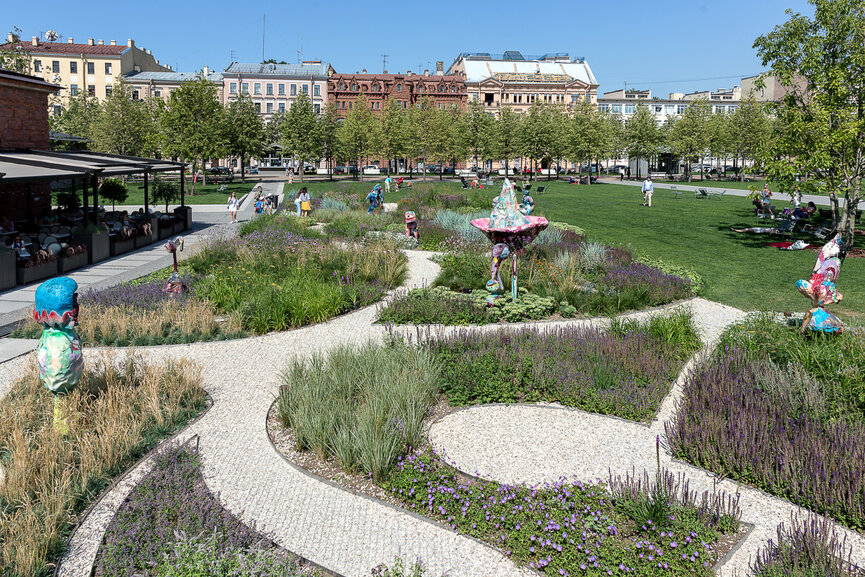 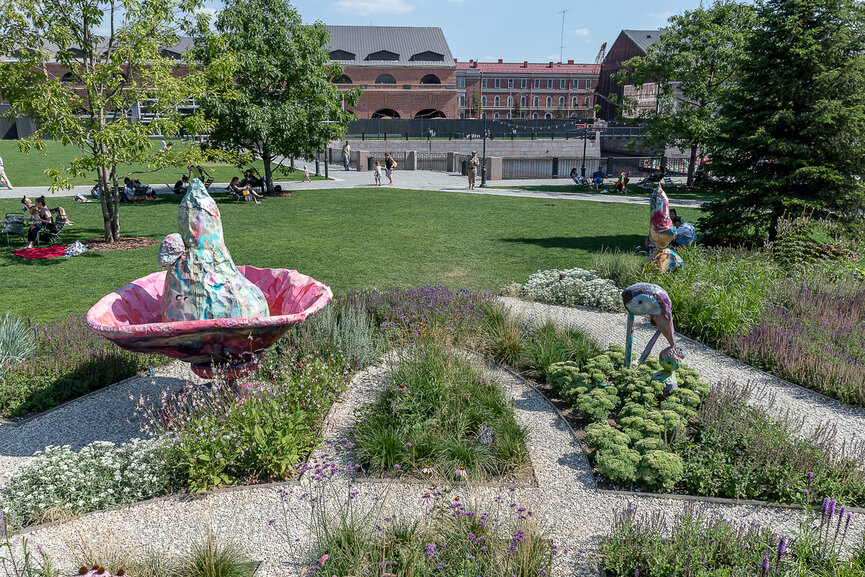