ANDREY RUDYEV (b. 1966) says that his first creative practices were directed at realistically portraying objects. He was fanatically devoted to realistic painting. However, as soon as he mastered his artistic skills, his views changed. In his individual preferences, he moved on from the Russian academic artists to the German classic artists of the twentieth century such as Joseph Beuys and Anselm Kiefer, and the contemporaries, Jonathan Meese and Daniel Richter. 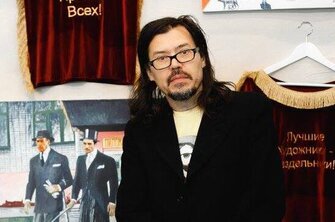